St Kilda is an isolated archipelago situated 64 kilometres west-northwest of North Uist, in the North Atlantic Ocean. It contains the westernmost islands of the Outer Hebrides of Scotland. The largest island is Hirta, whose sea cliffs are the highest in the United Kingdom.

My trip to St Kilda in 2018 was as National Trust for Scotland Islands Operations Manager. As a result, I was being paid to go to islands and that day work was to head out to St Kilda for three-day trip.

St Kilda is a double UNESCO world heritage site. There are only two sites in the UK with such designation, the other is Stone Henge . as a consequence St Kilda is a true wonder and of global importance and one we must protect and care for.

We set off from Leverburgh on a fast boat that sat at about 14 knots. This was an uncomfortable speed into the building approaching seas. As a result I succumbed to the dreaded mal de mere as we bashed against the oncoming swell and waves. Spirits lifted when the dark shade of St Kilda broke the horizon. Before long the detail of the jagged shapes started to take a definition and we soon rounded into Village Bay. The drama that is St Kilda takes your breath away. I  had been teased by the islands on two previous occasions having sailed around St Kilda on long distance sailing challenges. After years of waiting today was the day I was going to feel St Kilda under my feet.

Accompanied by my colleague Susan Bain the NTS Western Isles Manager we disembarked and clambered into the small dinghy and set off for the shore. On stepping ashore we were met by Ciaran, Pete and Craig. These being the resident NTS rangers and archaeologist. Following our safe arrive we settled into our accommodation. Thereafter we set out to do the operational jobs and tasks required by our day job. 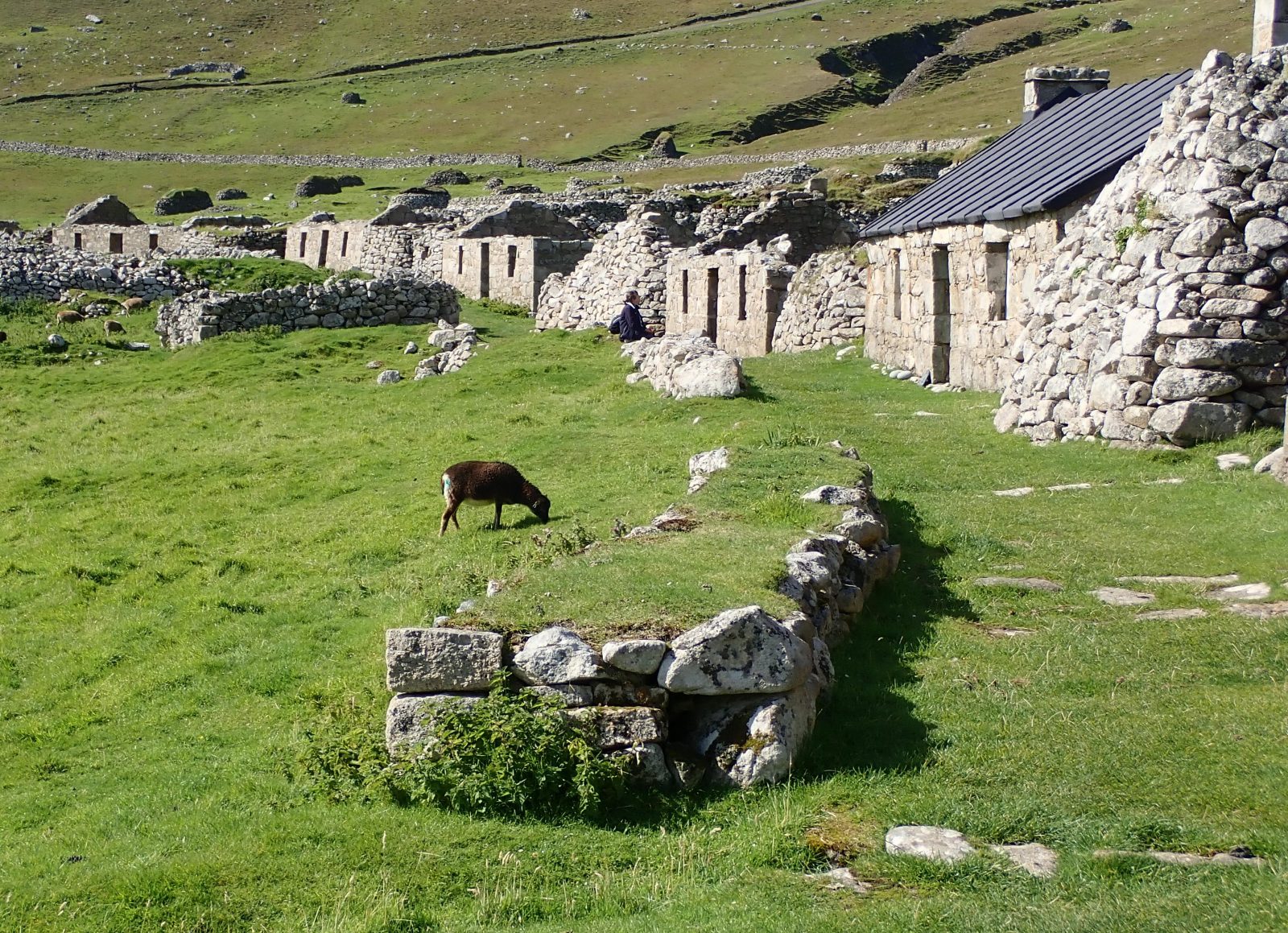 The following day Susan and I accompanied Ciaran as he undertook his daily monitoring of the nesting Leach’s Petrels. This enigmatic bird that spends most of its life at sea and nests on St Kilda. Or more to the point lays in the crevices of rock faces and in boulders. To enable monitoring Ciaran had built some very inviting nesting boxes from pipes and with wooden boxes. These nest boxes were placed in and around stone cleits near the cliff tops. The arrangement was quite simple but ingenious. Plastic domestic drain pipes had their internal surfaces gritted with sand and the end laid out to the open air. A nesting box is placed at the other end of the pipe and deep inside the cleit, so providing a dry nesting space and the facility. This arrangement gave Ciaran access to study the chicks with minimal disturbance.

Each day Ciaran monitored the chicks, carefully measuring, weighing and recording the data. Their weight gain was, on some days, quite staggering with records of 20% increase over a 24-hour period! The adults spend the day out at sea feeding and return to the nests at night to feed the young. It was a fascinating watching the dedication of Ciaran to his task with a wonderful empathy for the wildlife he handled each day.

Leaving the stunning natural heritage of Hirta to one side an arresting sight and feature of the island are the number of stone build dykes, houses and cleits. They remain as signatures of life over the past centuries. Prior to my arrival I had not appreciated the sheer volume of built heritage on Hirta. The traditional views of the cottages on Main Street is one thing. However, the human endeavour represented by the thousand-plus cleits or stone shelters is quite inspiring. The archaeologist Craig described the distinctive build style as the St Kildan language of dry stone dyking. He eloquently exampled local dialects of that language. Tracible in his eye to individual St Kildans.

The St Kildan style of building is quite distinctive. Craig who surveys and monitors their status, shapes and natural decline can identify the works of individuals who laboured in the past. Each build is slightly different by style and structure. Craig saw each build as a variant or style as a dialect of the language that is St Kildan built heritage. Cleits were used to store food and provide shelter for sheep and people. Each carefully registered and numbered by NTS with a core 300 within the Cleits protection plan.

The is no escaping the fact that Hirta is also a military outpost on our north west boundary. The MOD has had a presence and surveillance facility on Hirta since the 1950s. The station has kept a look out through the Cold War years. It kept watch through the quieter years and remains active in what feels somewhat mpore unsettled years . When I was on Hitrta the MOD were redeveloping their facilities and in the process of building a new base, replacing aged generators and accommodation blocks.

The decision to go for a run to the top of Conachair was made at about 8pm on day two of the visit. In the dying light I made my way up through the Gap and crested the Am Broig cliff top. From there it was a sharp left and on upwards to Hirta’s highest point, Conachair. The views over to Boreray were simply awe inspiring. The vista out to the open western Atlantic Ocean were such that I had a chill run up my spine. I soaked up the moment and set off for Mulloch Mhor and the radar domes.

After a quick inspection it was on down the road for 200 meters or so and then a sharp turn and straight down the steep Creagan Breac slope through the cleits and back to the low-lying village. A run to remember!

NTS has three staff on the island. A ranger, bird ranger and an archaeologist. The three carry out a wide range of monitoring tasks monitoring and working with volunteers. All this effort essential to the safe keeping, essential work and hosting the 5,000 or so visitors. Mind you, its a long shift from spring through to autumn. My shift was over after three days and we said our goodbyes to the guys and prepared for the trip back to Leverburgh. I left much wiser to the needs of St Kilda and truly smitten by the awe-inspiring landscape and haunting history. A history that tells the story of hardships and evacuation but also a success story set over thousand of years of stable population and independence.

We motored out of Village Bay and headed over to Boreray. The sheer cliffs and spiralling seabirds are one of the world’s great wonders and quite literally takes your breath away. Transfixed by the place you could not help but yet again marvel at the generations that made a success of life on Hirta and the surrounding seemingly inaccessible stacks.

The boat turned for the open seas and he hurtled our way with a kind following sea back to the long dark strip on horizon that was the Hebrides. Leverburgh came into sight and the trip to St Kilda was compete, or from a different perspective another day at the office was over. 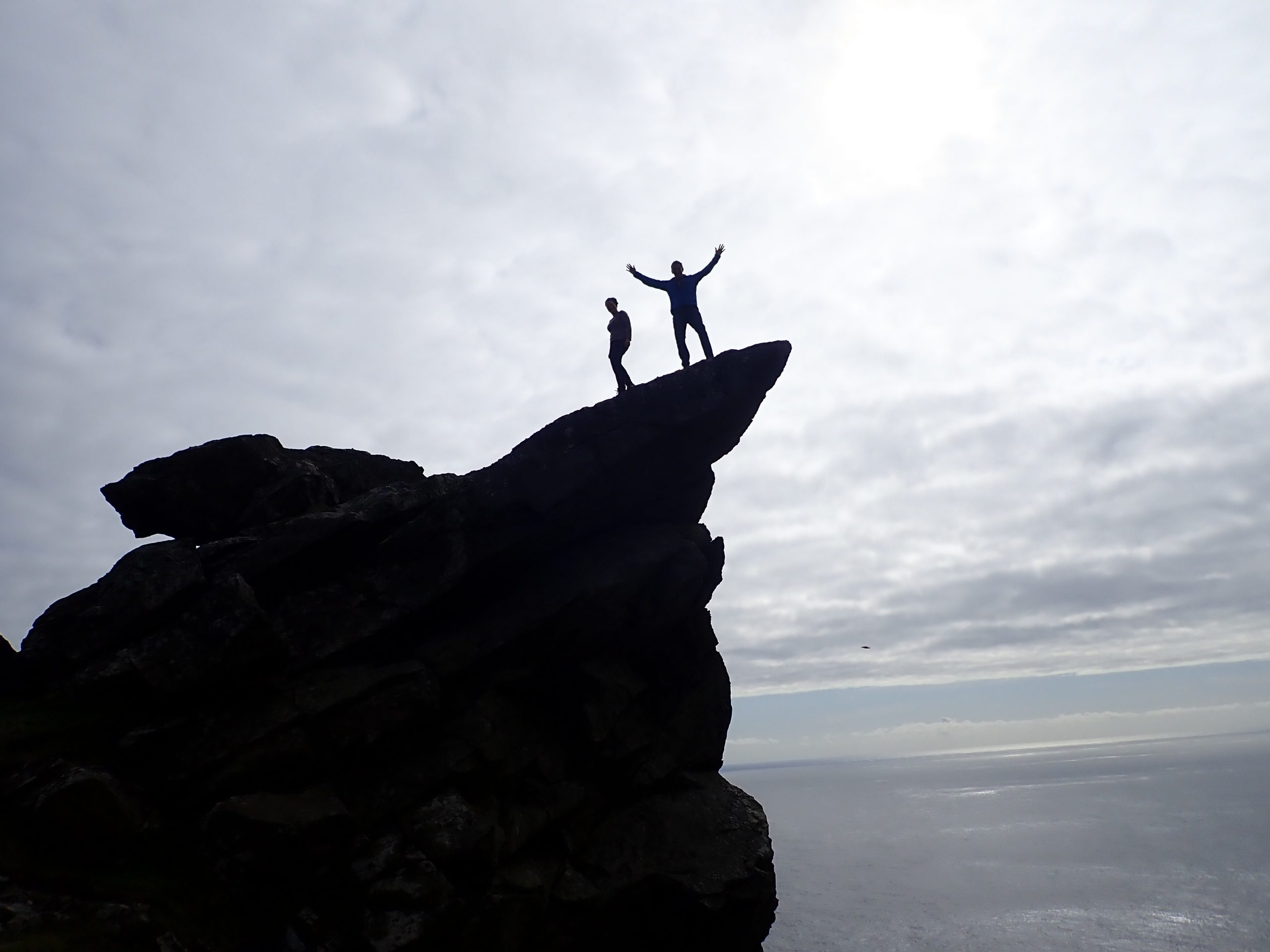 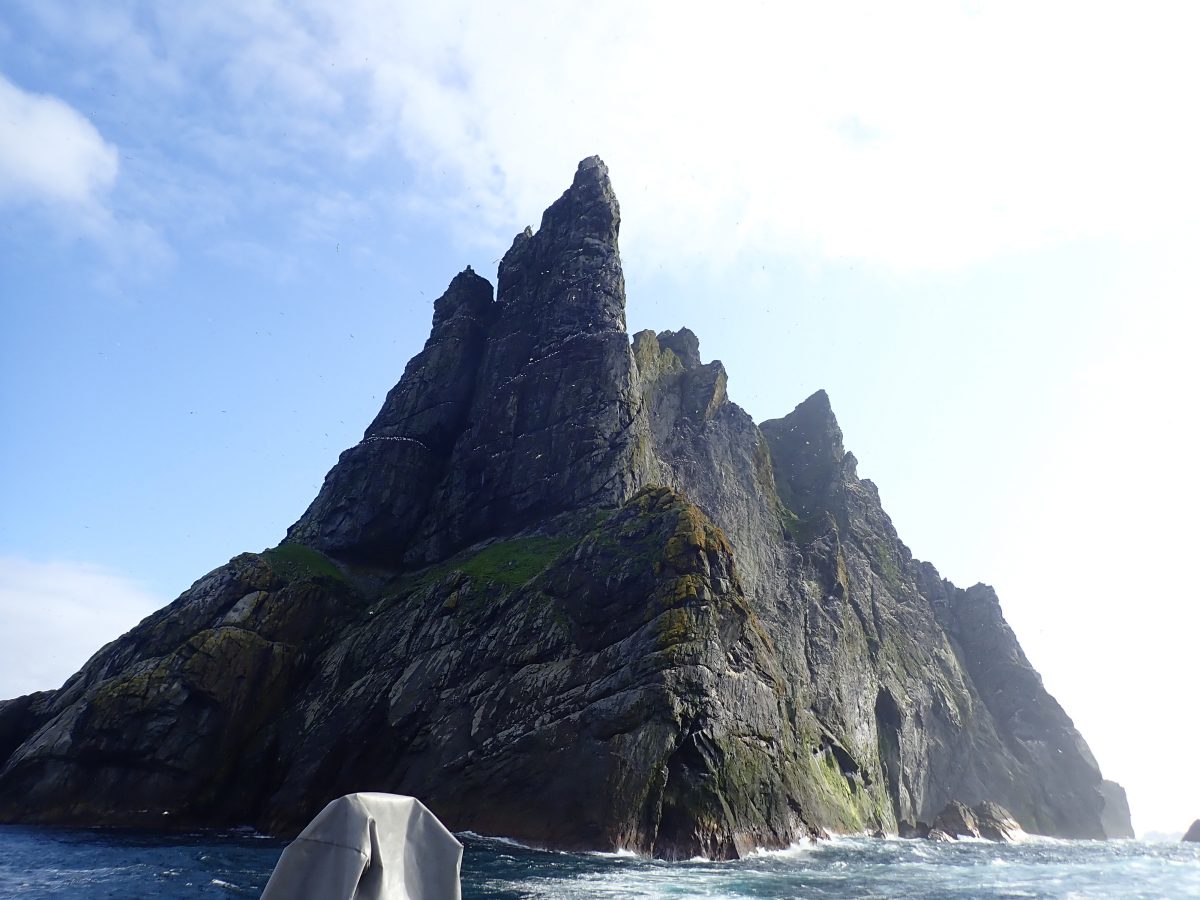 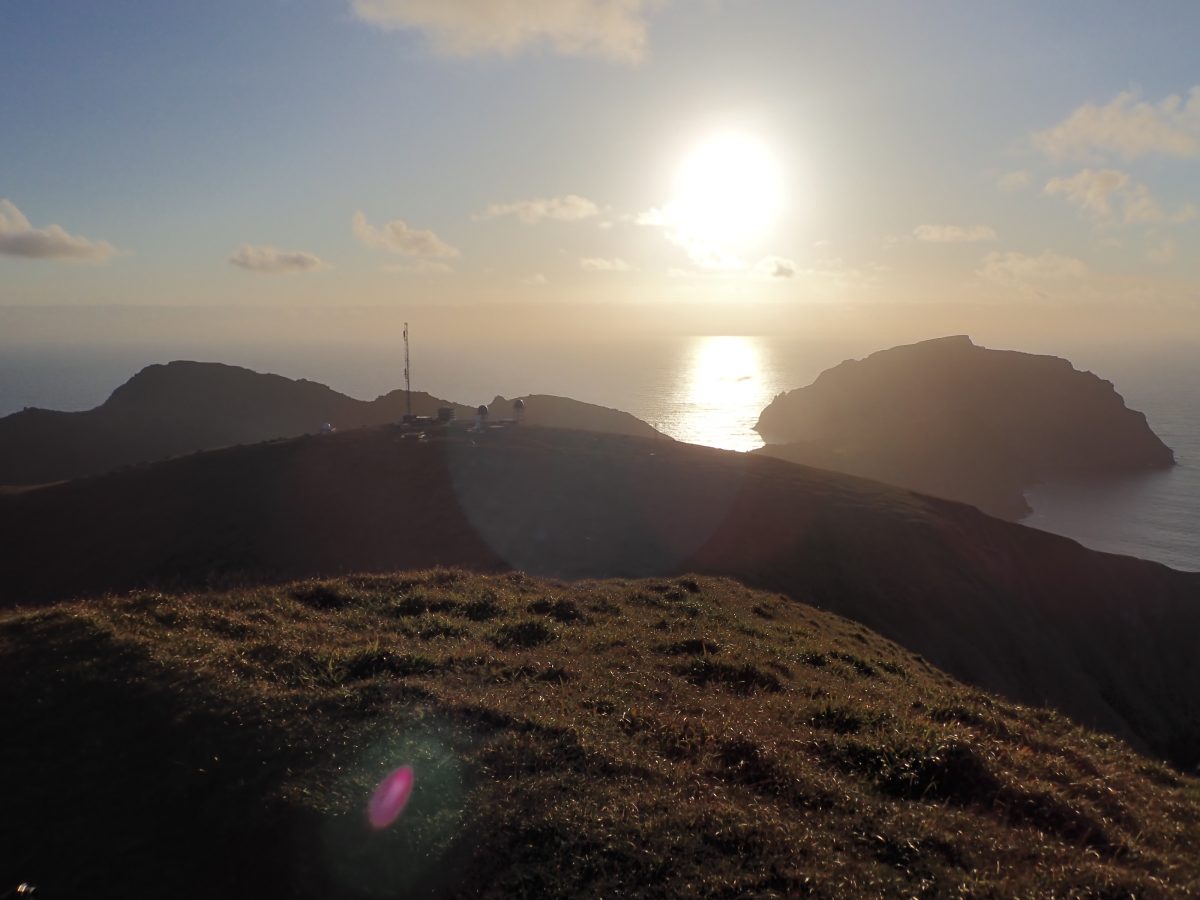 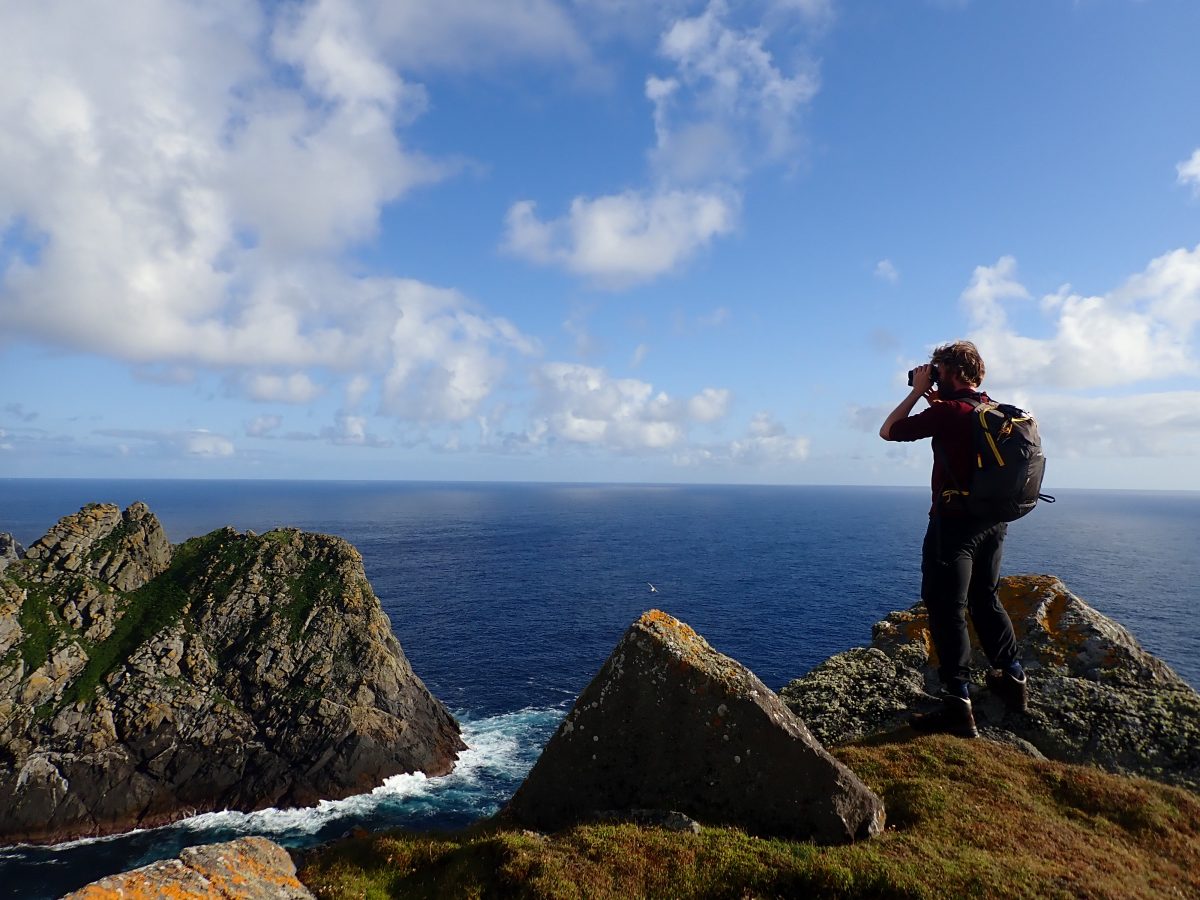 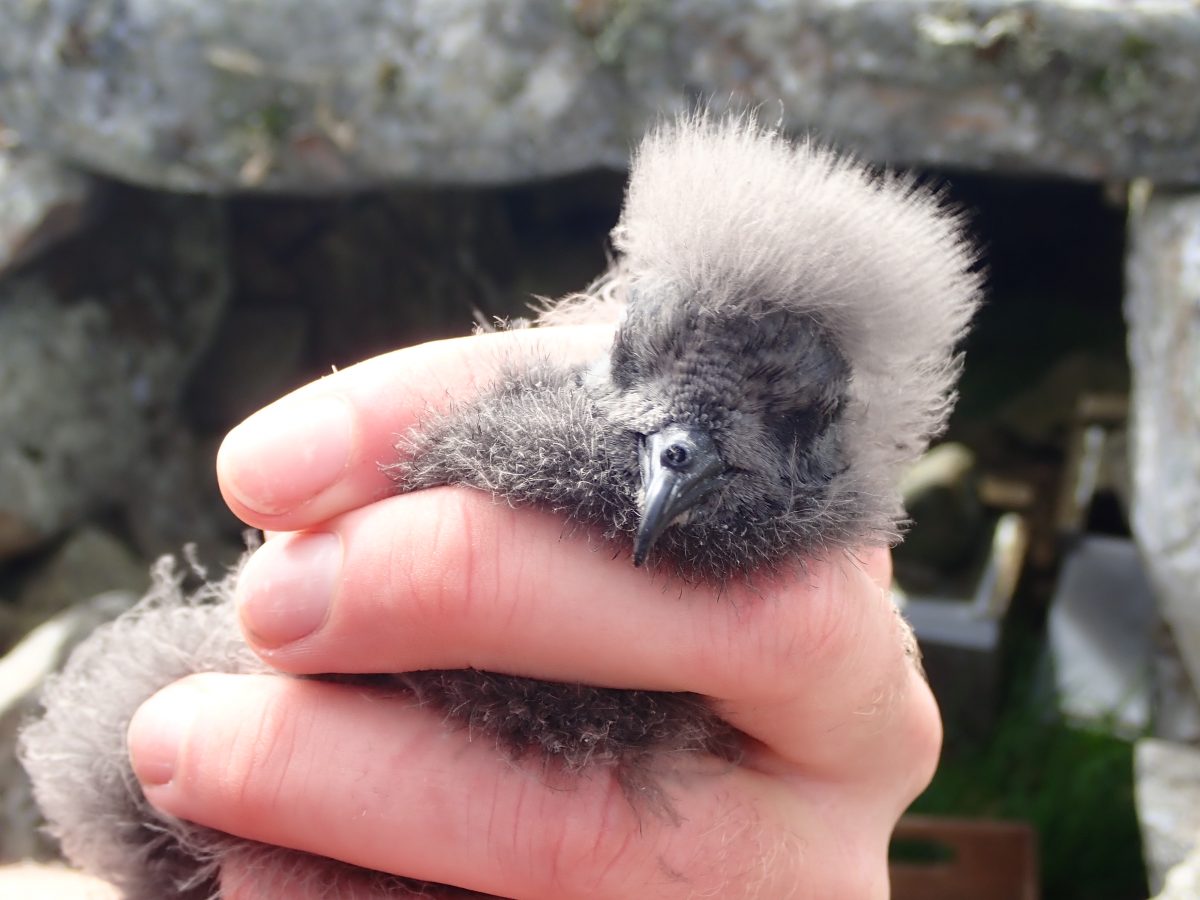 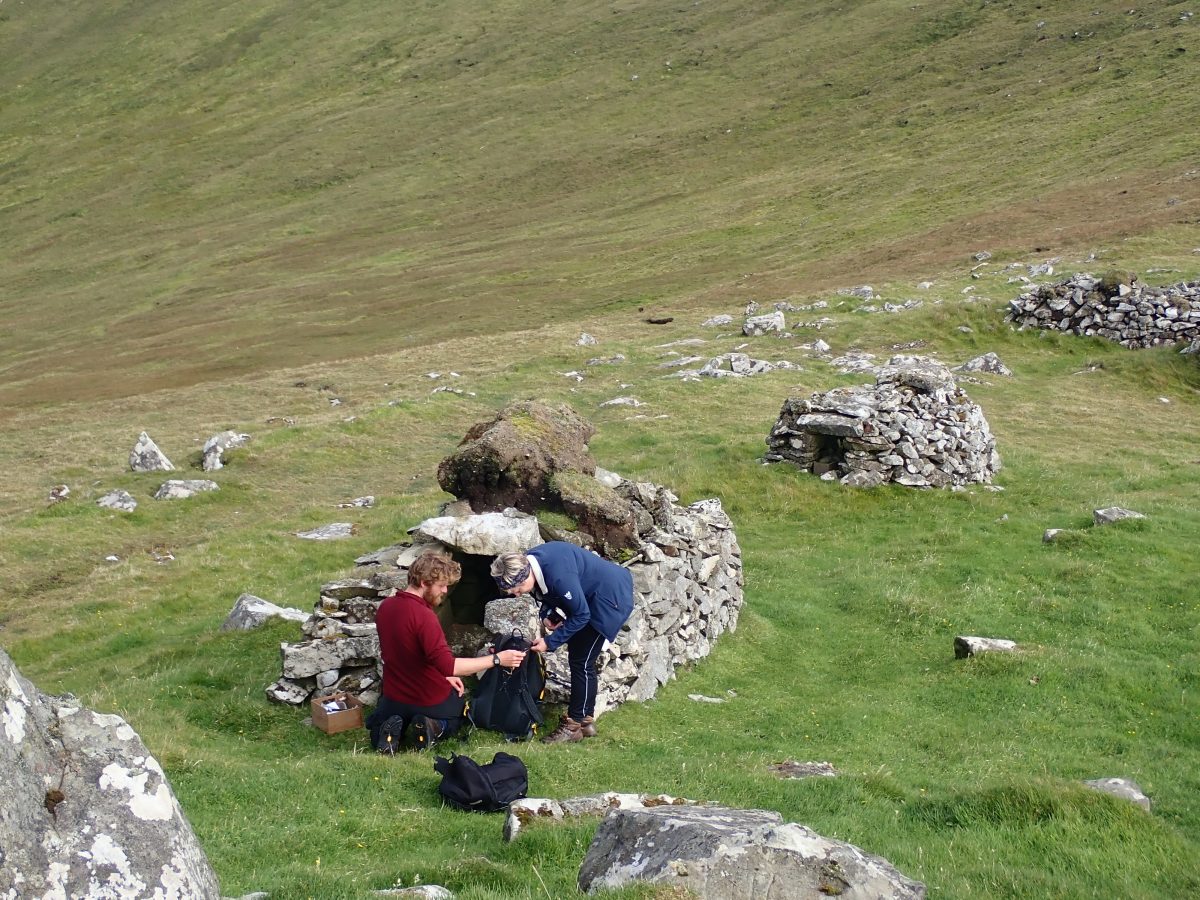 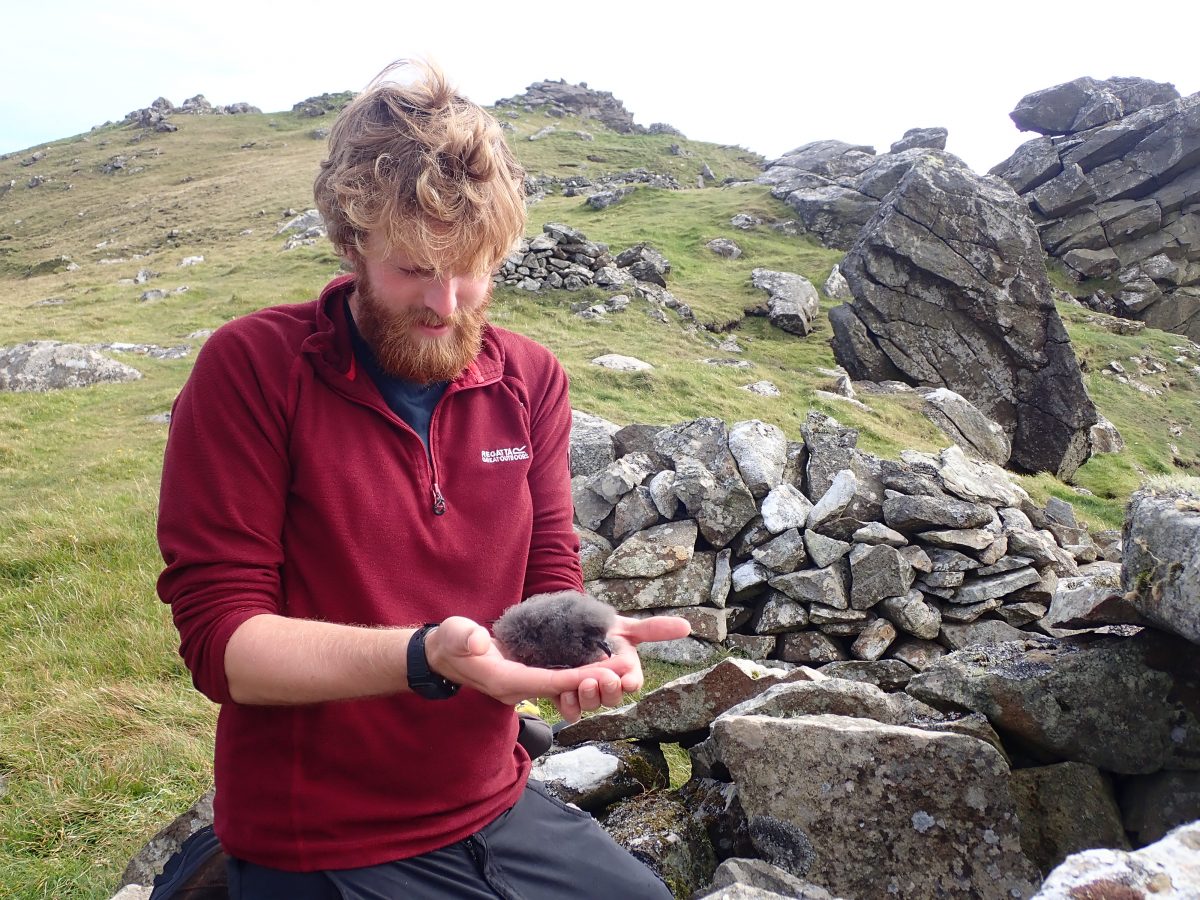 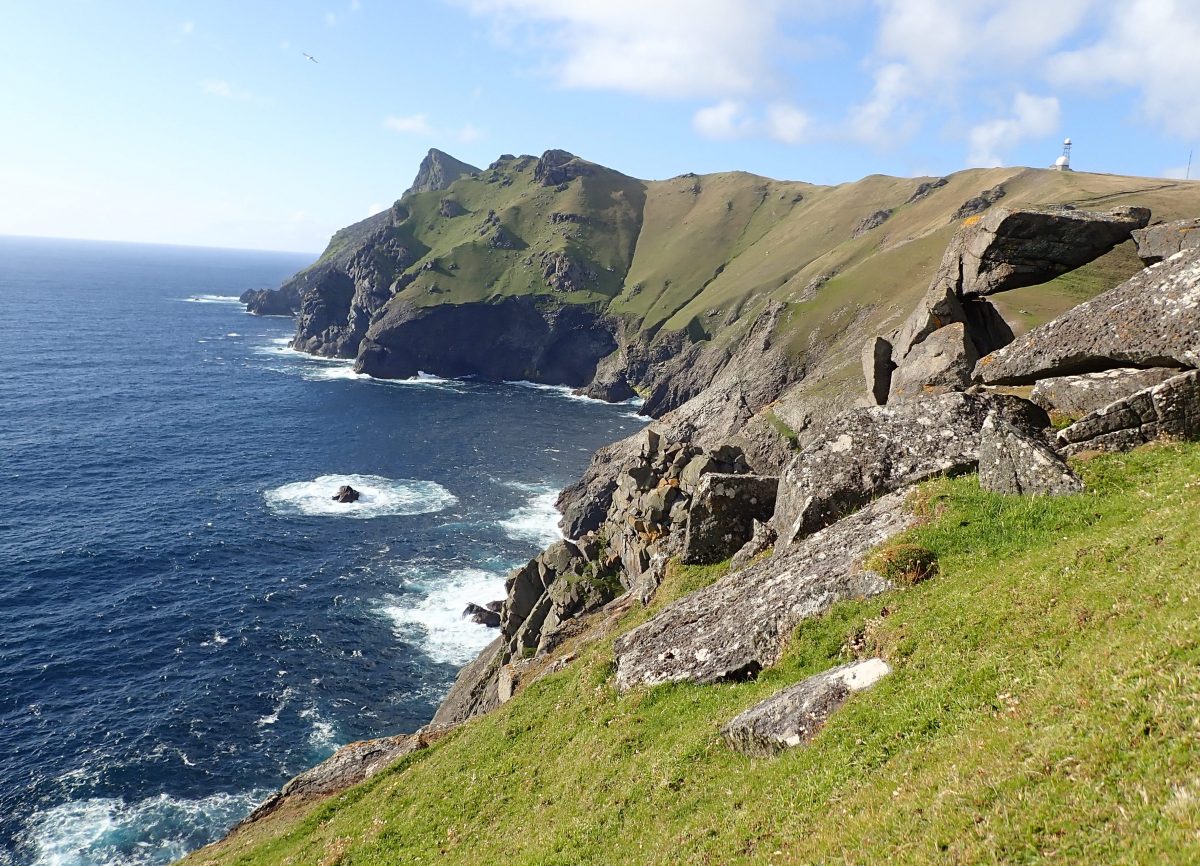 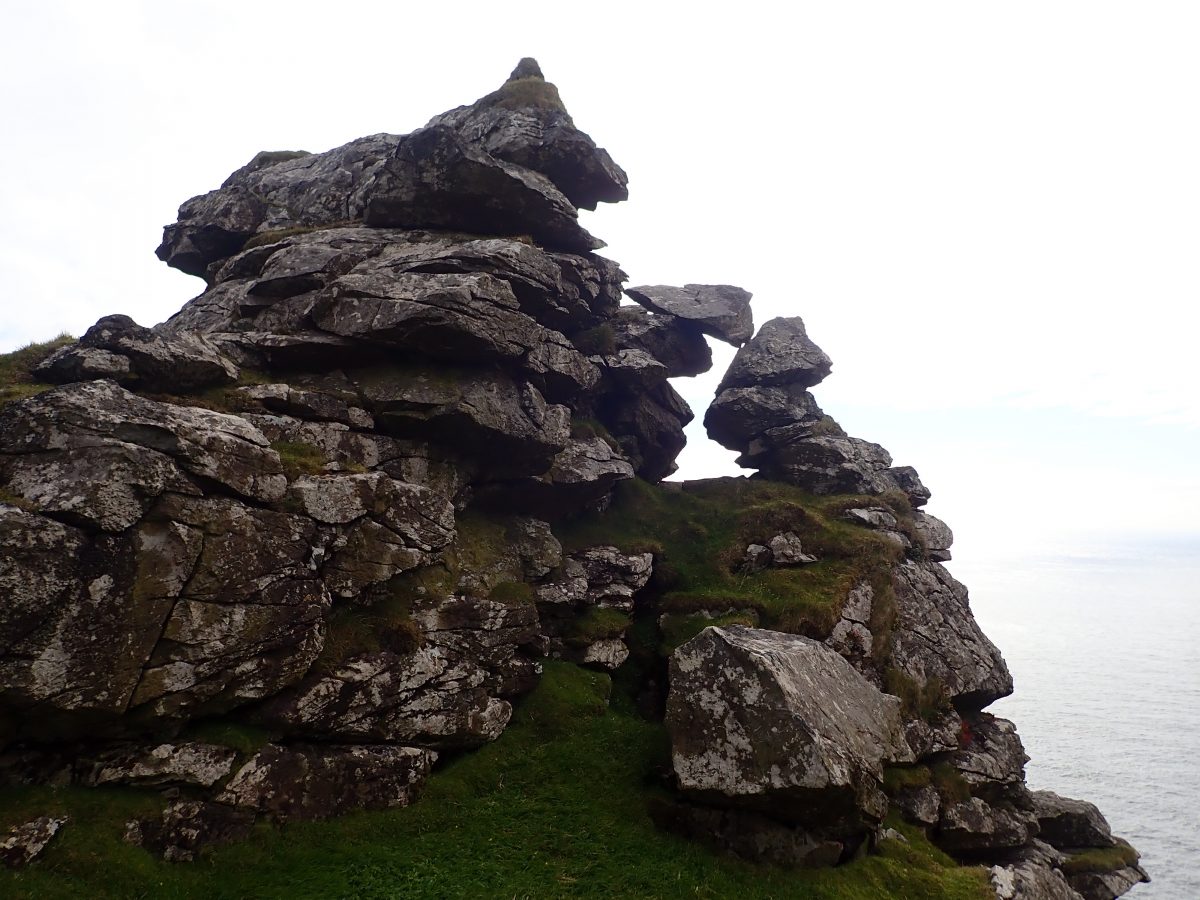 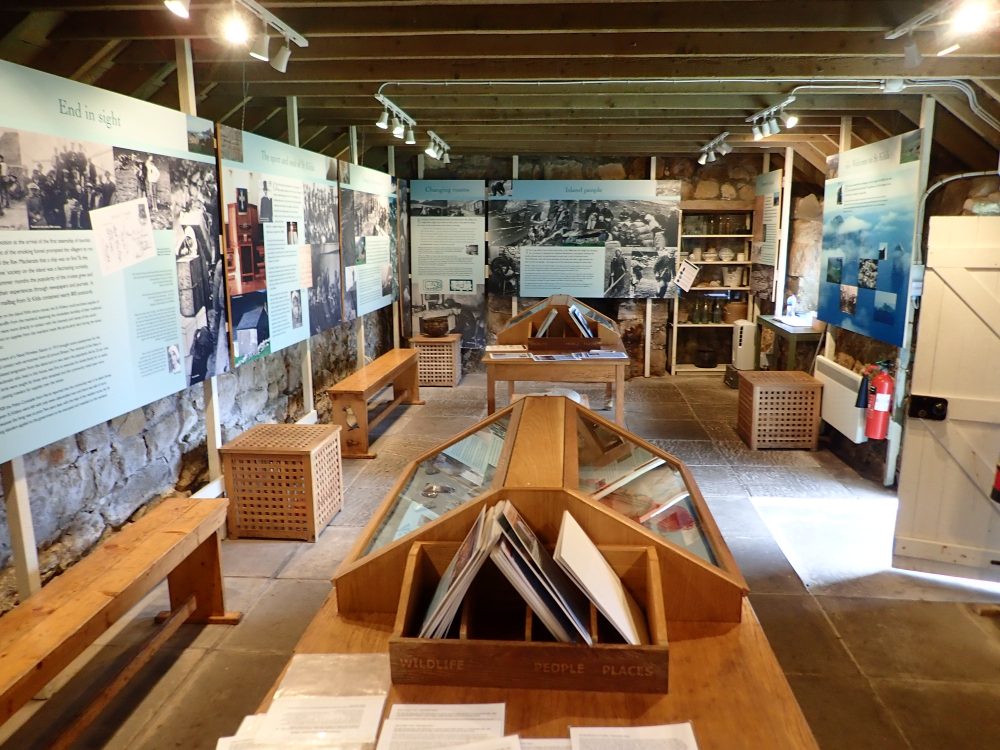 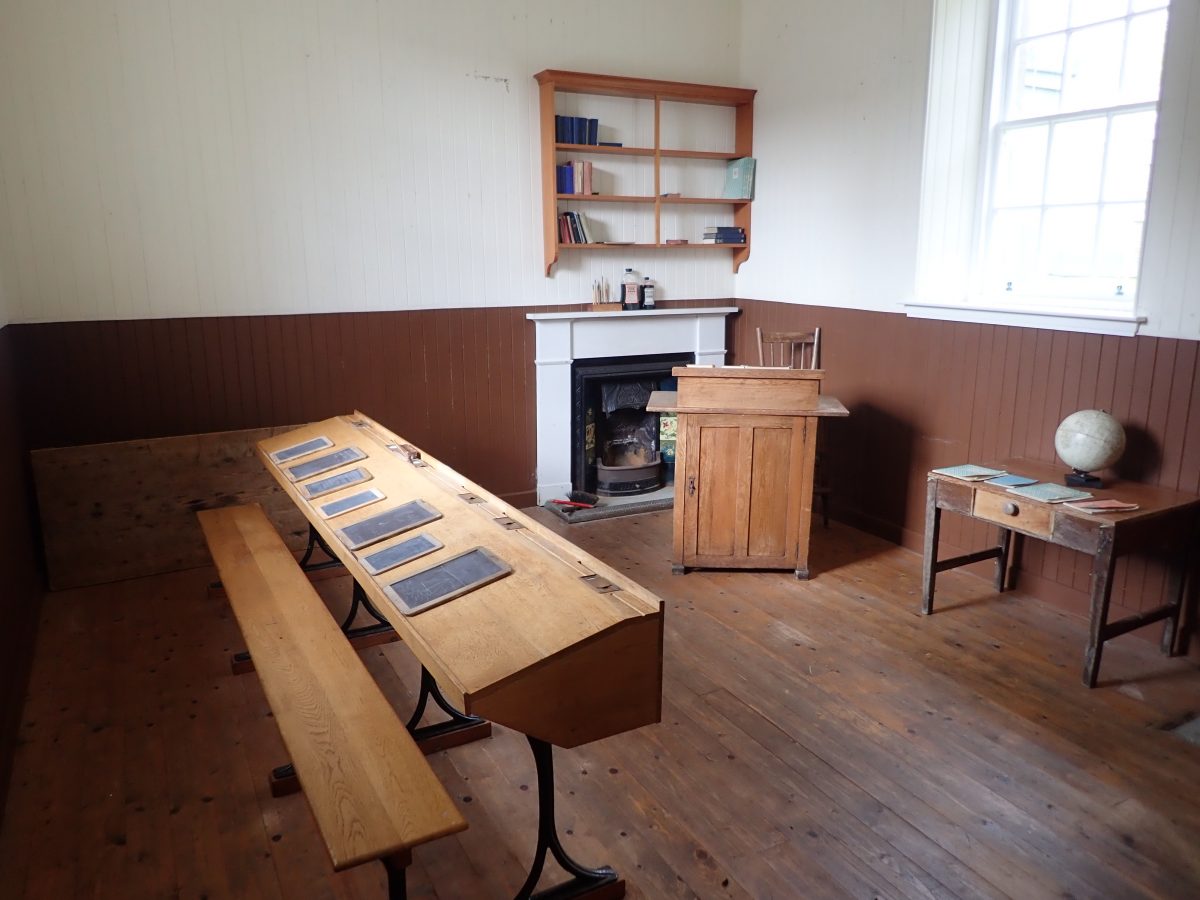 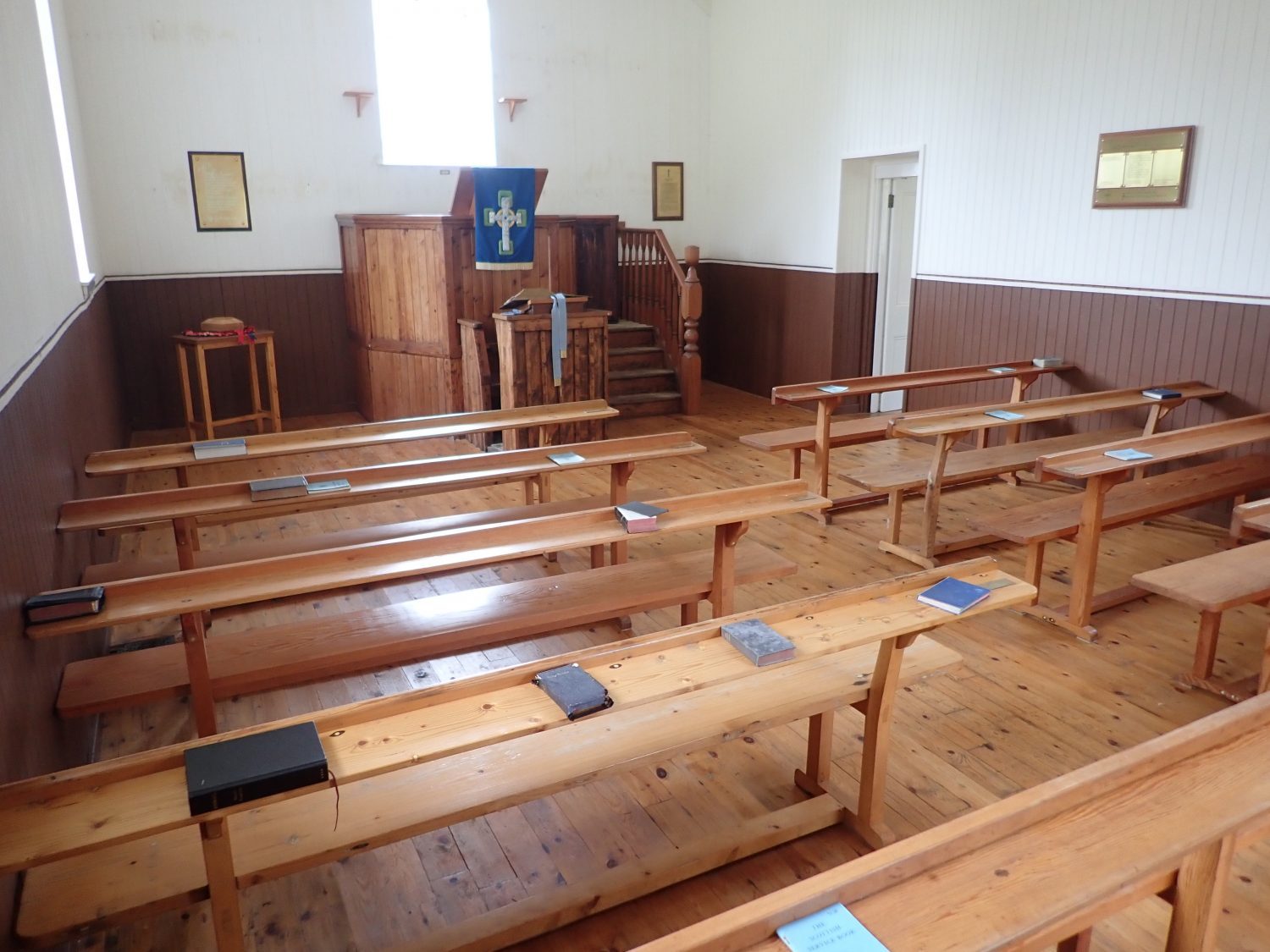 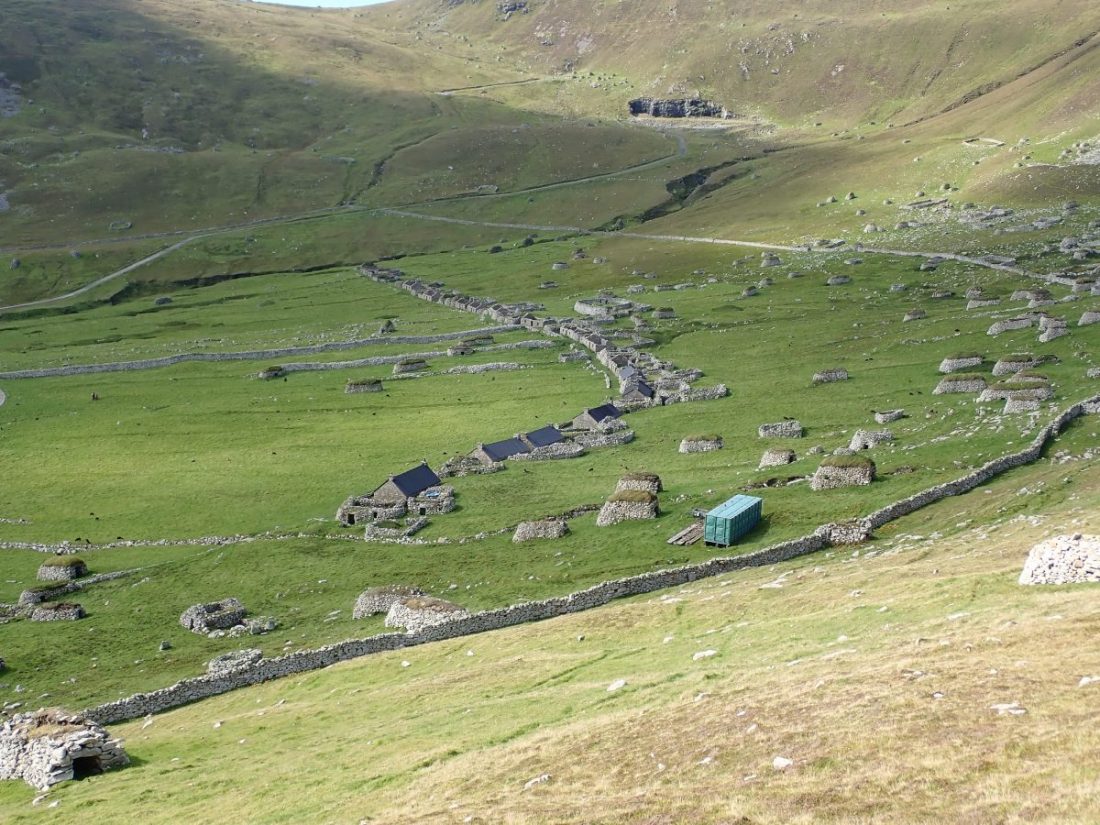 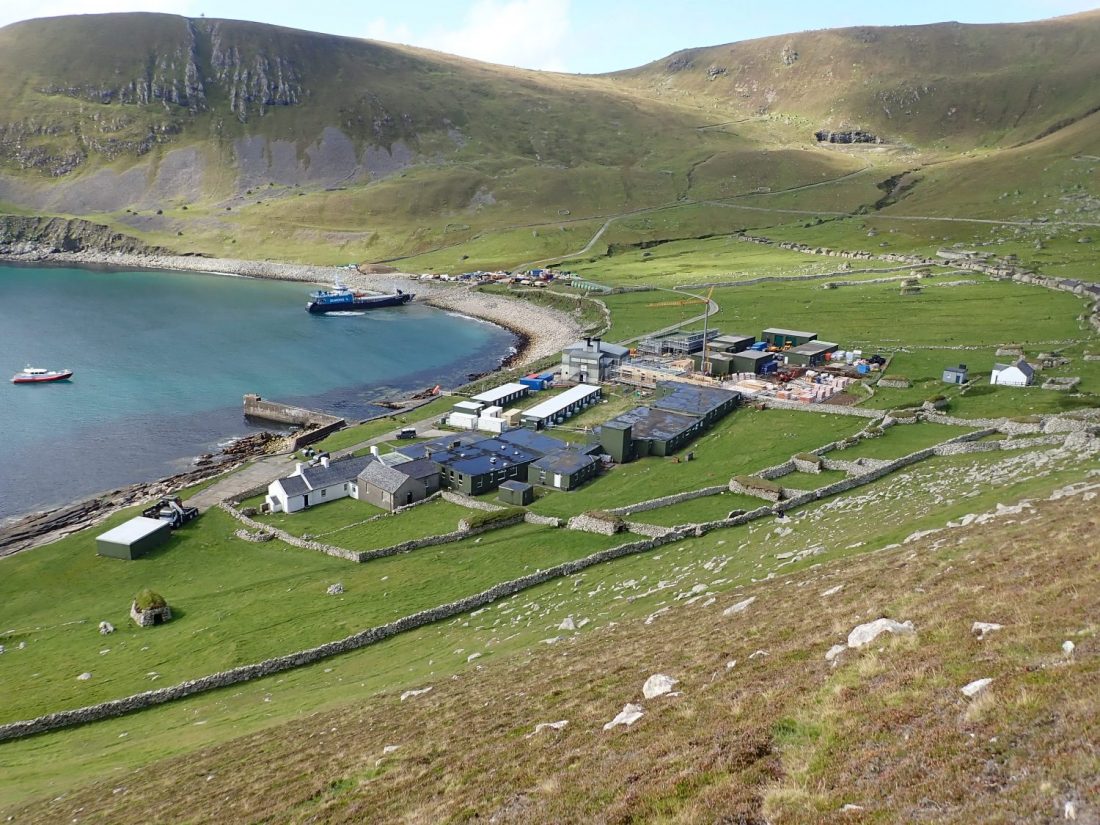 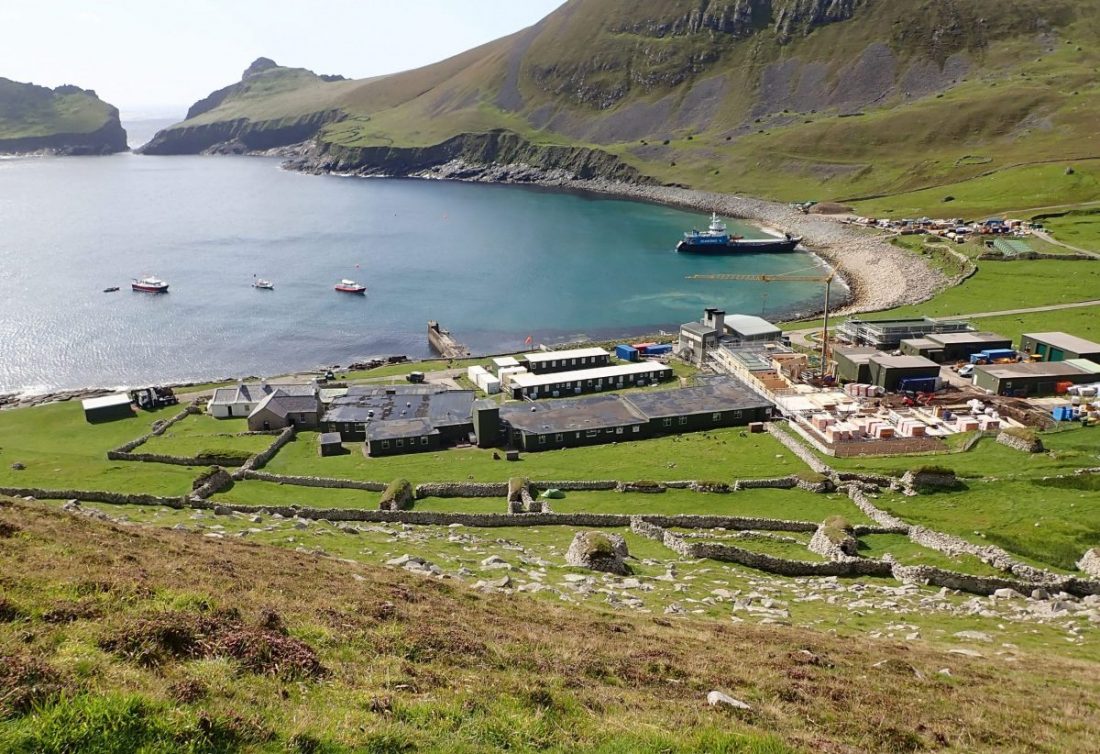 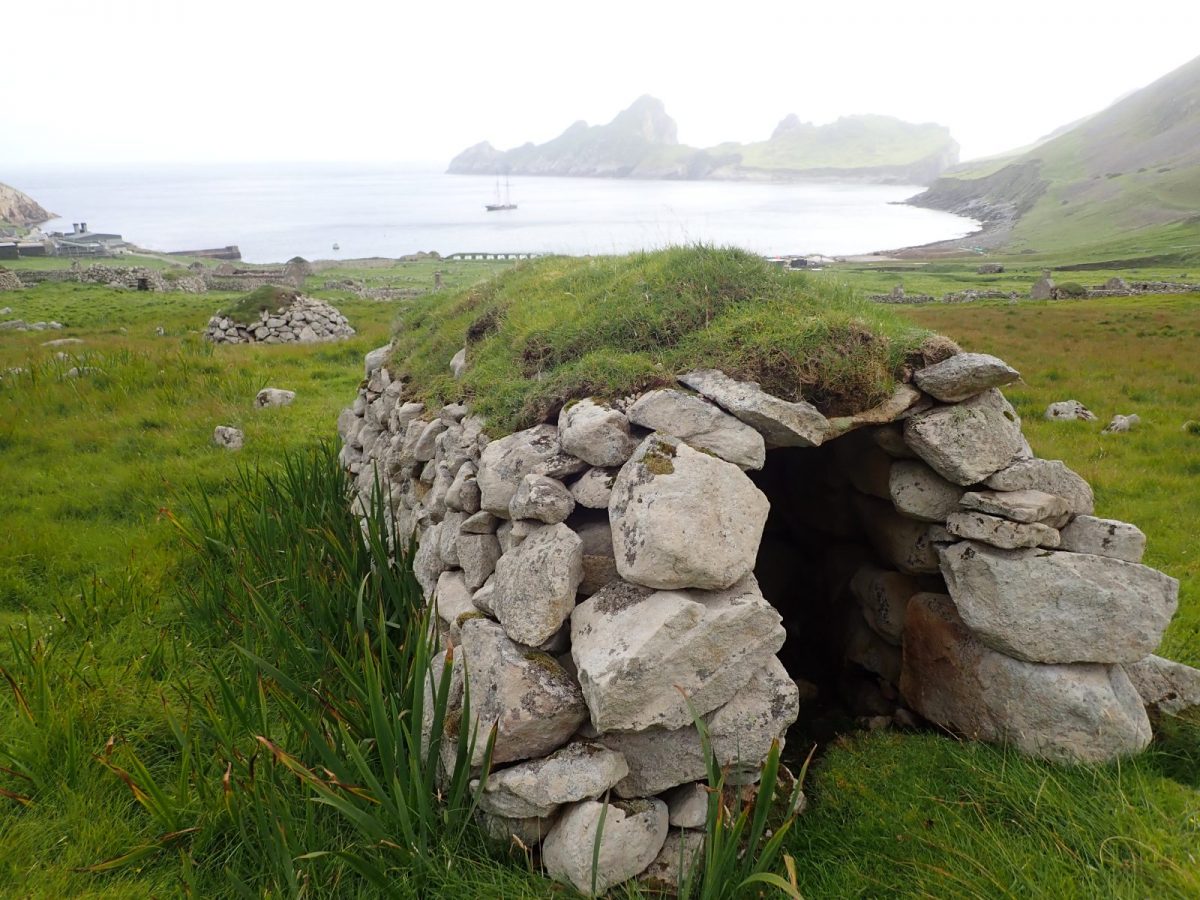 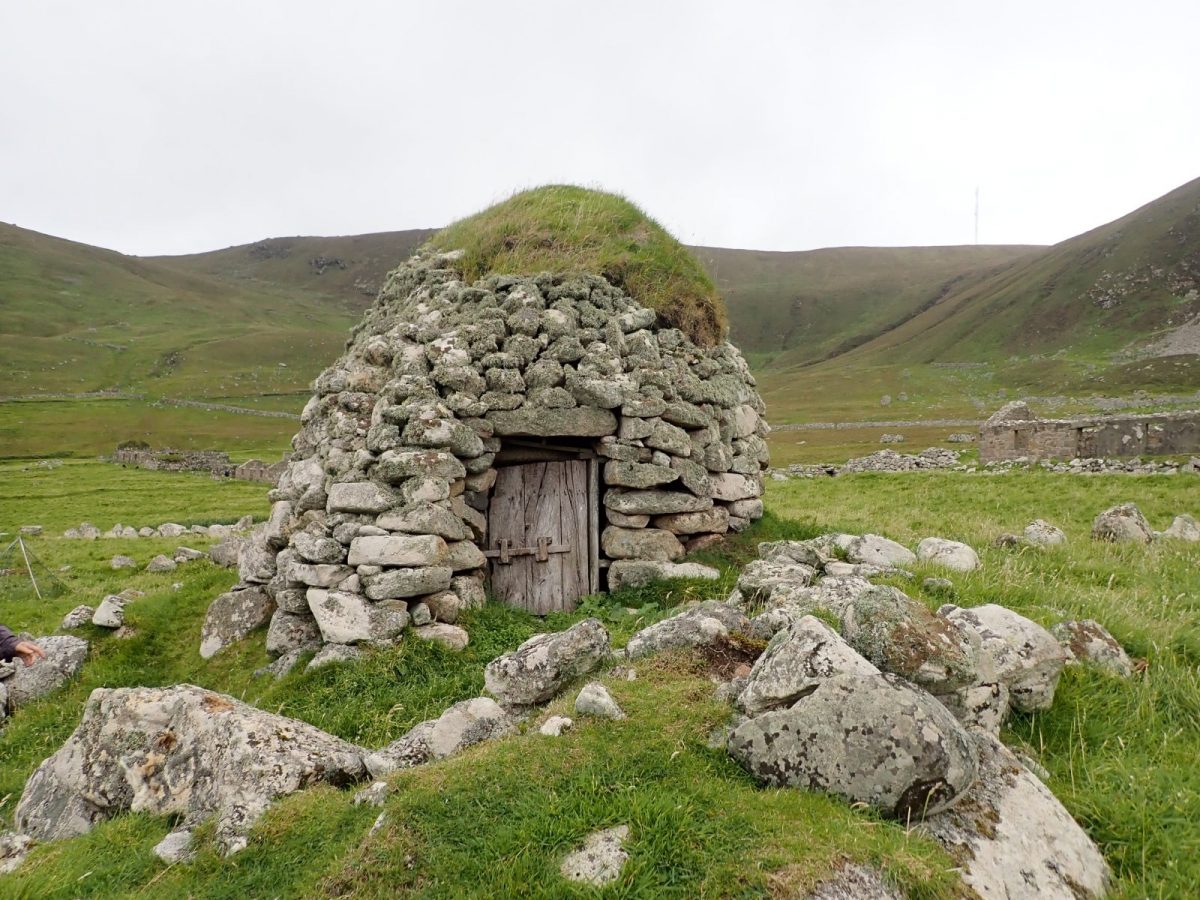 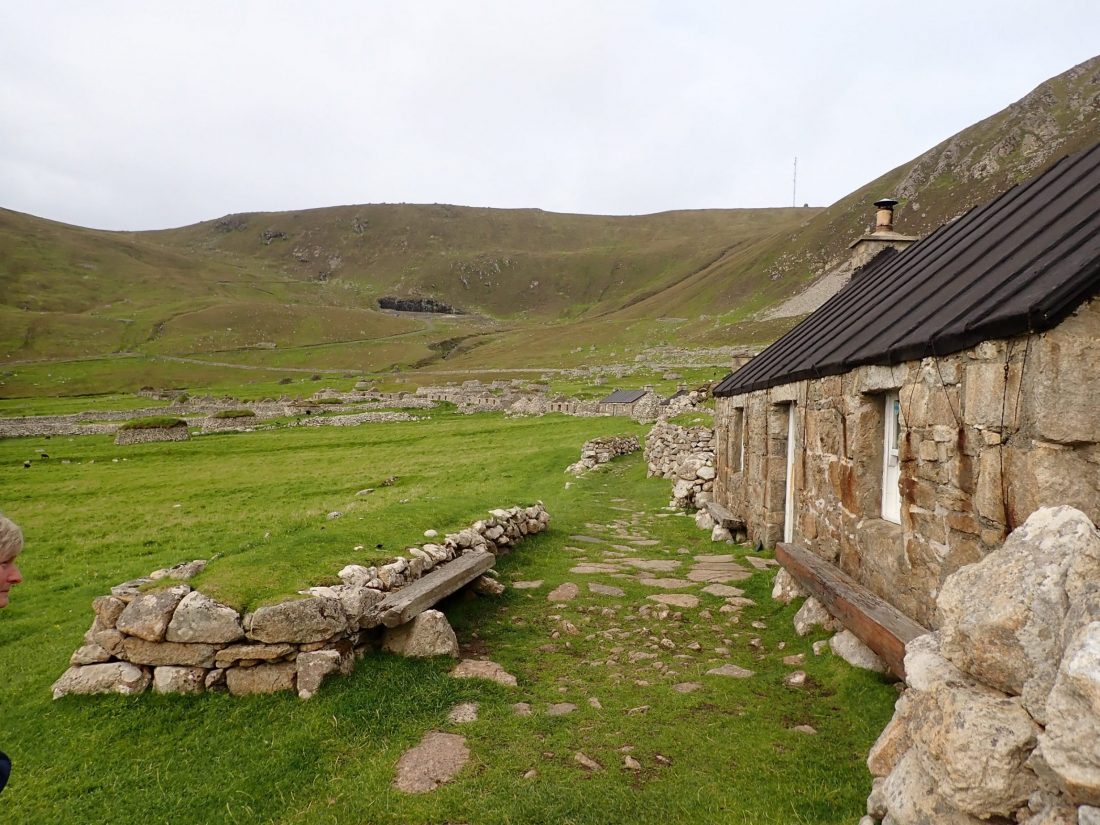 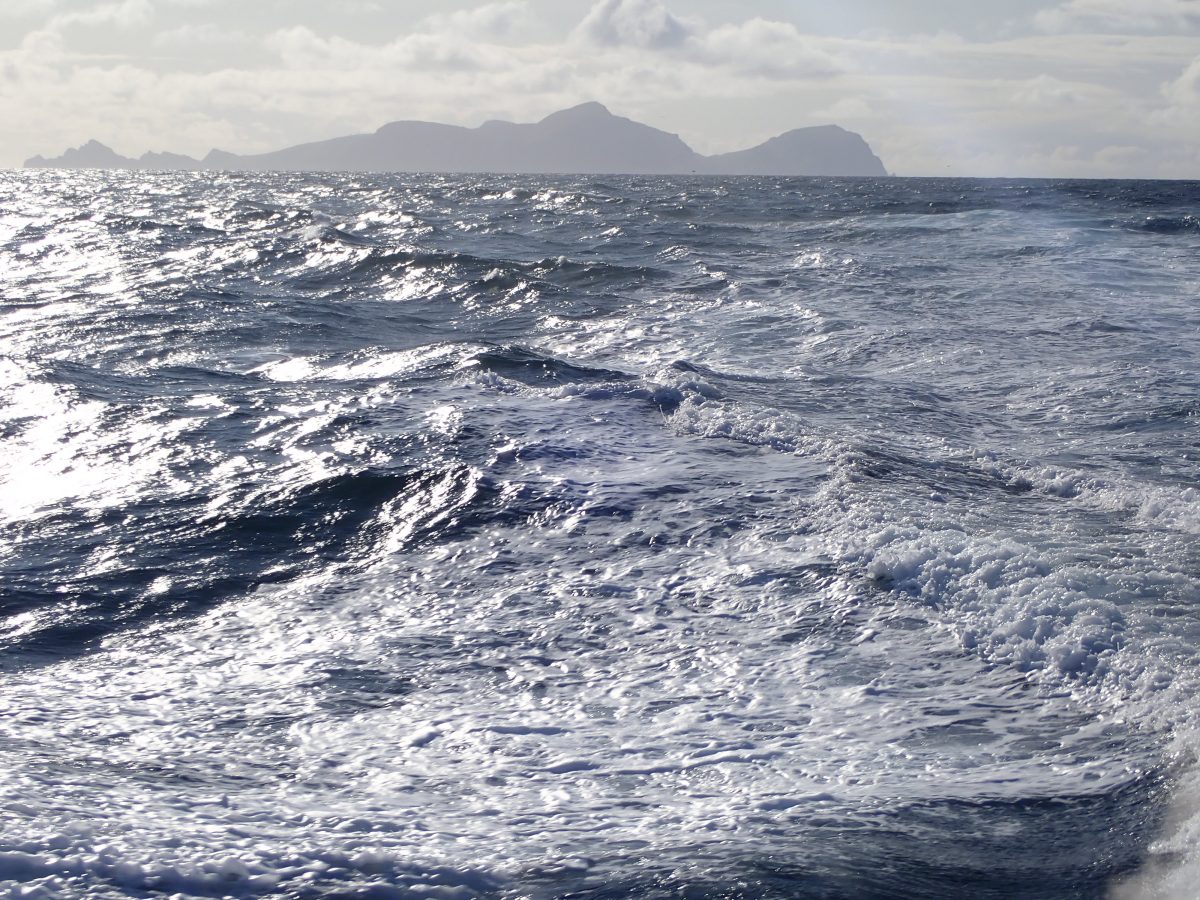 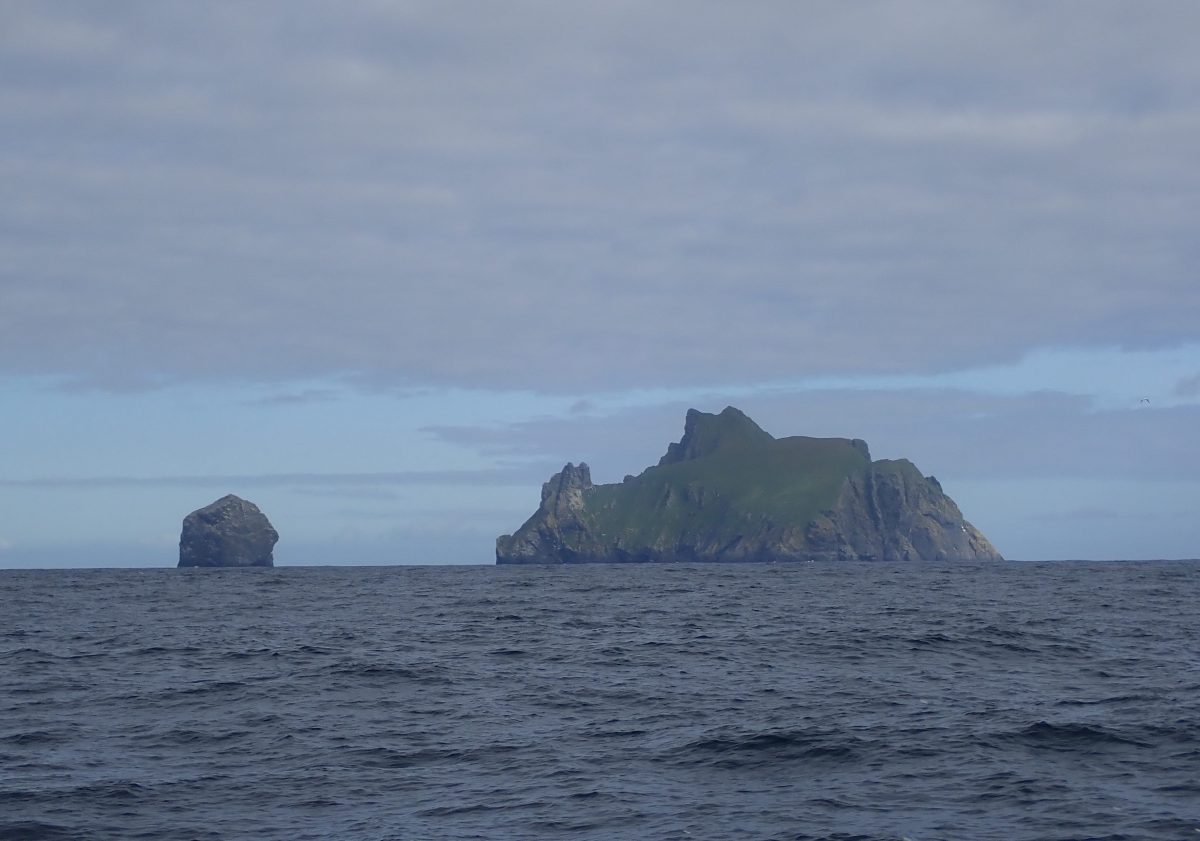