Oronsay is an uninhabited island and is low-lying, barren and rocky, deeply indented with sea lochs. The island encloses Loch Na droma Bhudie Loch of the yellow hill – known as Loch Drumbuie, a popular anchorage for yachts and a temporary home to fish farm cages, a place we have spent many peaceful nights on anchor.

Oronsay sits near the western mouth of Loch Sunart, a long one, at 31 kilometres (19 miles). The maximum depth of the loch is 124 metres east of Càrna near the entrance to Loch Teacuis. Oronsay is about 6 miles across the Sound of Mull from the fleshpots of Tobermory.

A local legend holds that the absence of resident swans in Loch Sunart is the result of a doomed love affair between a Celtic chieftain and a local girl. When his mother, who opposed a marriage, turned her into a swan to thwart their love, the young man accidentally killed the swan while hunting. On learning of the swan’s real identity, he killed himself to join the swan at the bottom of the loch, the result of which is swans supposedly have shunned the area ever since.

Our trip to Oronsay was part of a wonderful weekend when with my friends Willie Gibson and Richard Marshall we topped out 11 islands. We landed to the east of the island at Dorlinn choosing that spot to also give us a crack at Isle Carna without having to move Richard’s yacht. The three of us paddled the short distance to the rocky and heavily shrubbed and overgrown shoreline. We picked a flat piece of rock to clamber on to and we quickly slipped the dinghy up to the high-water line.

Willie was off and pushing his way through the thick undergrowth and after 5mins of following his line through the vegetation we surfaced to a high point. From there we could see the entire length of the island away to the west. The island looked and felt untrodden and certainly at this end un-grazed. That meant only one thing, we would be pushing our way through thick bracken, brambles, Aspen and Birch for the first 30 minutes and then crossing what looked to be boggy and tussocky flatlands to the rise and island high point some mile and half away to the west. Willie took the lead and on our backsides we dropped down the short but steep slope down and into what can only be described as a rainforest of bracken interspersed with bramble and young saplings of multi stemmed Rowan and Birch.

Undeterred we trashed our way through and came to a slight opening and the remains of a white house. A house that stood defiant to the advances of time, elements and vegetation. Each intend on subsuming the structure back to mother earth. Onwards we hacked and pushed our way through the undergrowth. This was interspersed with howls of pain and the odd very blue word as brambles grazed and sliced our shins.

We came out of the jungle to the little open bay facing north. The bay is open grassland leading down to a collection of muddy little tidal pools. No doubt the grass and pools are covered at high tide, however today we arrived at low water so ran jumping and leaping from little grass island to grass tussocky island until we had cur across the bay rather than skirting around the detour of the high-water line. This is bloody marvellous it thought as the three of us old boys scampered across the lovely grassy surface.

It did not last for long and we were soon pumping up the steep incline to the 53m top. We summitted and wow, the views along Oronsay to the inner heart of Loch Sunart, to the east and into Loch Drumbuie and then west oy to Ardnarmurchan Point and away in the distant haze and the imagined wish that Coll showed low on the horizon.

Below we could see a shelling and without too much ceremony Willie and Richard set off. Well, to be honest I asked them to clear off, so I could get my 360-video recorded without them appearing as distractions.

I was soon down the slope with the boys and we explored the ruined houses and wandered around the flat and once cultivated area of ground adjacent to the ruins. What endeavour, labour and lives were lived to eke out an existence on this island. Fertile, sheltered and with abundant growth. The only challenge might have been fresh water but a place that no doubt supported many families for many generations prior to being ‘cleansed’ from the land by landowners and political fashion.

Our trip east to west had taken fully 45 mins but our return was as wiser men and we took a line along the shore and easier terrain and most importantly not through the thick undergrowth bracken and leg shredding brambles. A wonderful uninhabited and undisturbed island.

A quick paddle had us back aboard and after 2 mins chat Willie and I jumped back into the tender and made for Isle Carna, wet, cold and tired but in the mood to top another island. 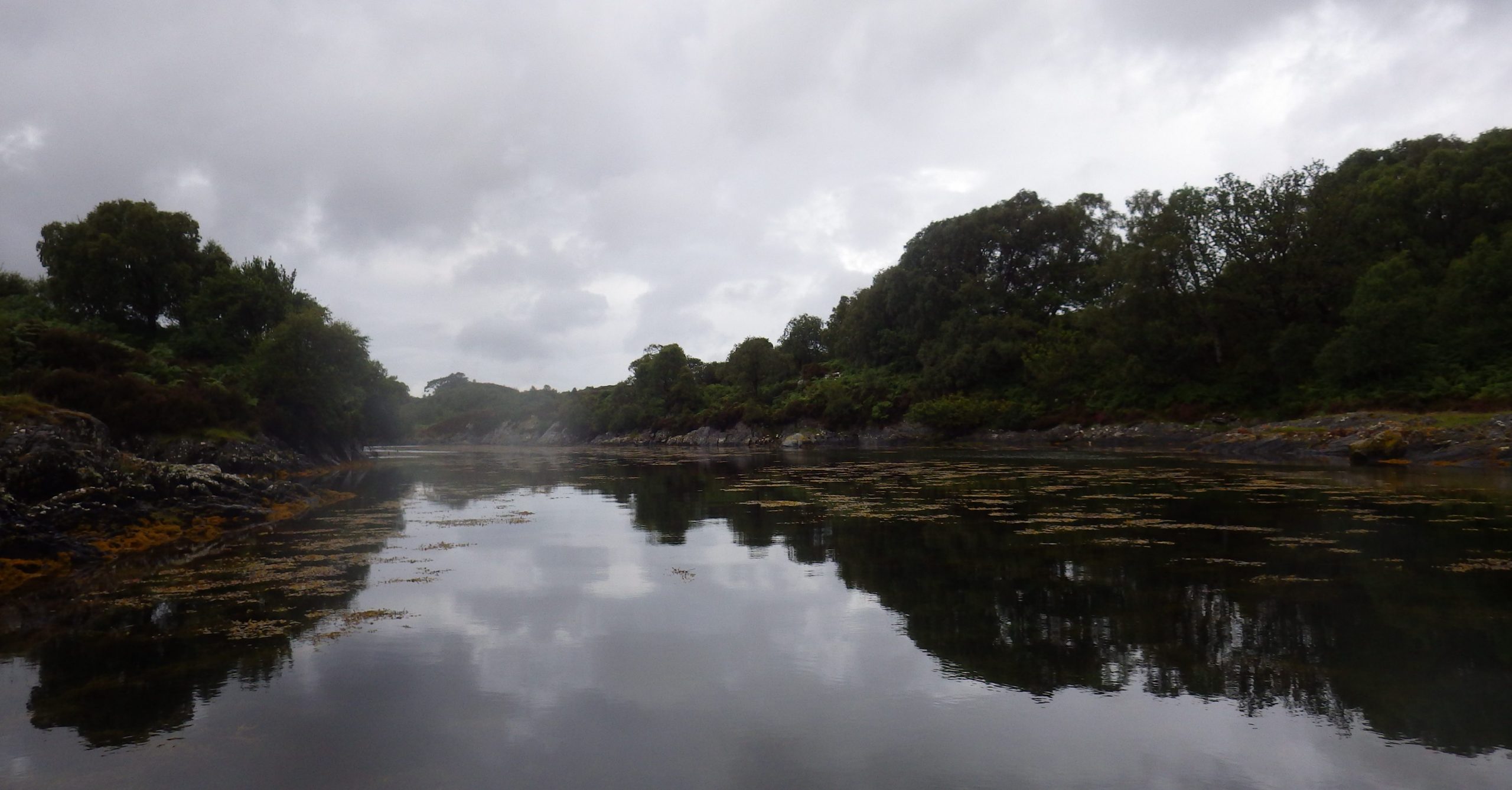 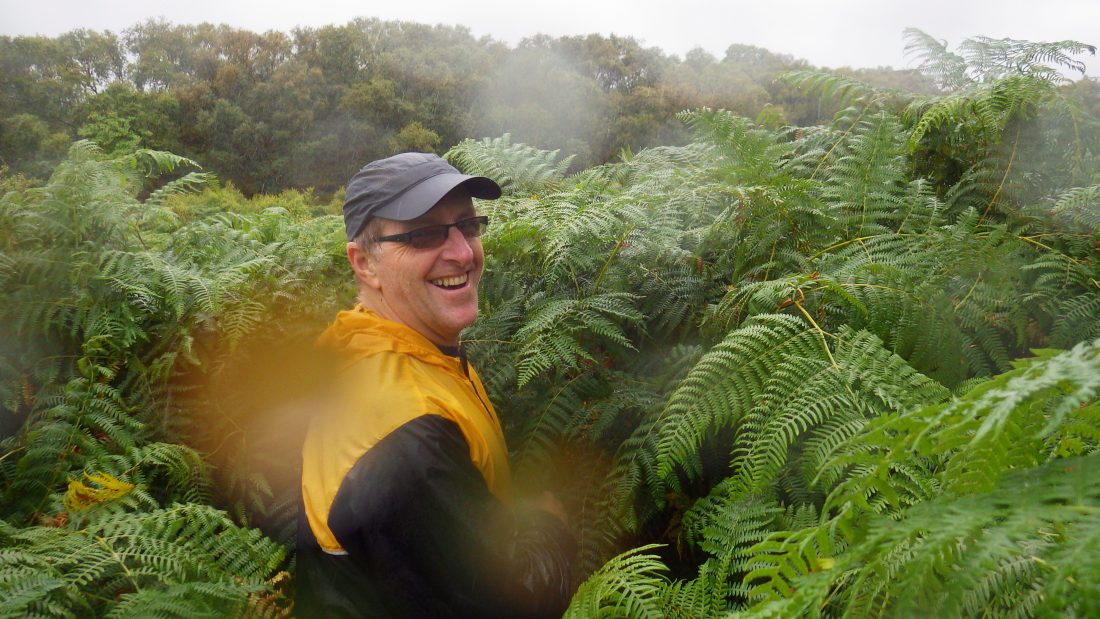 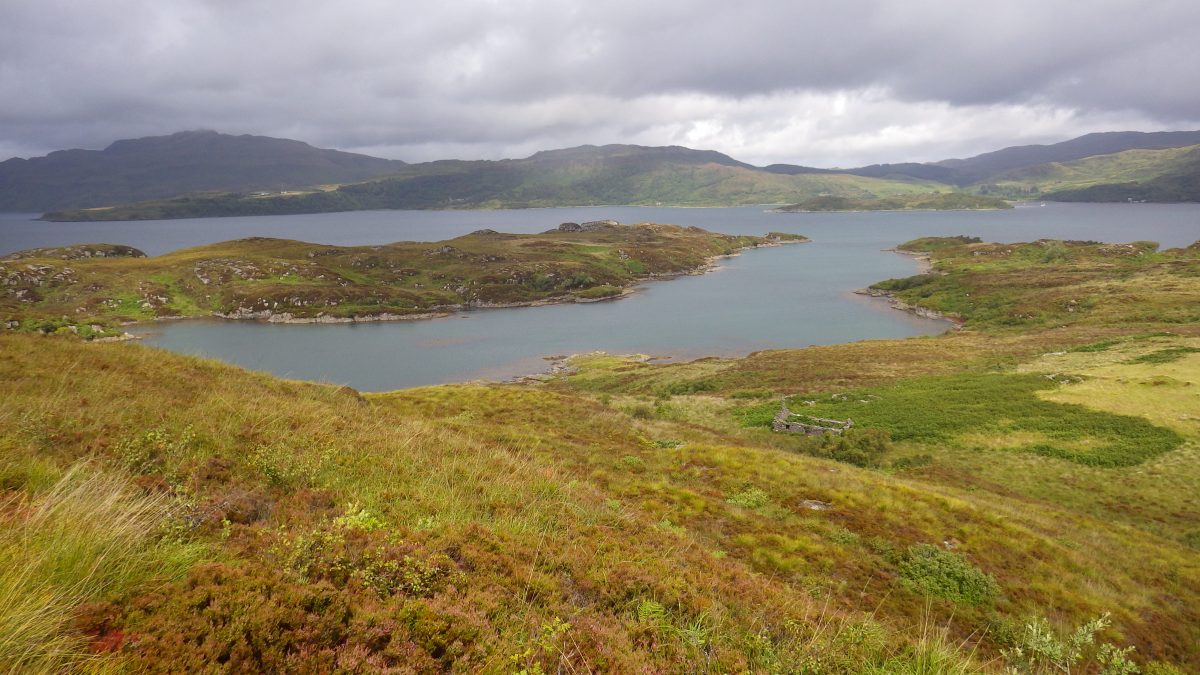 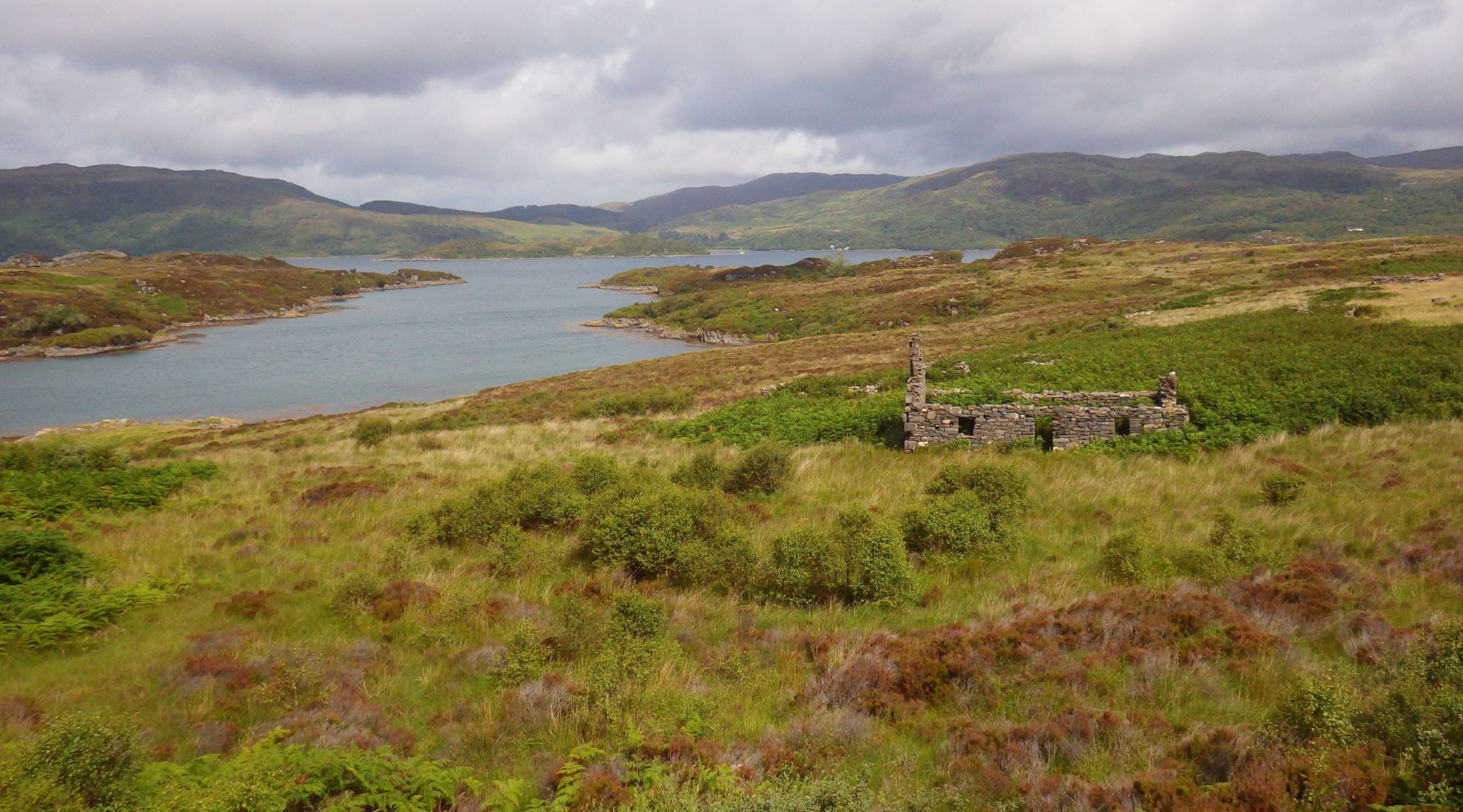 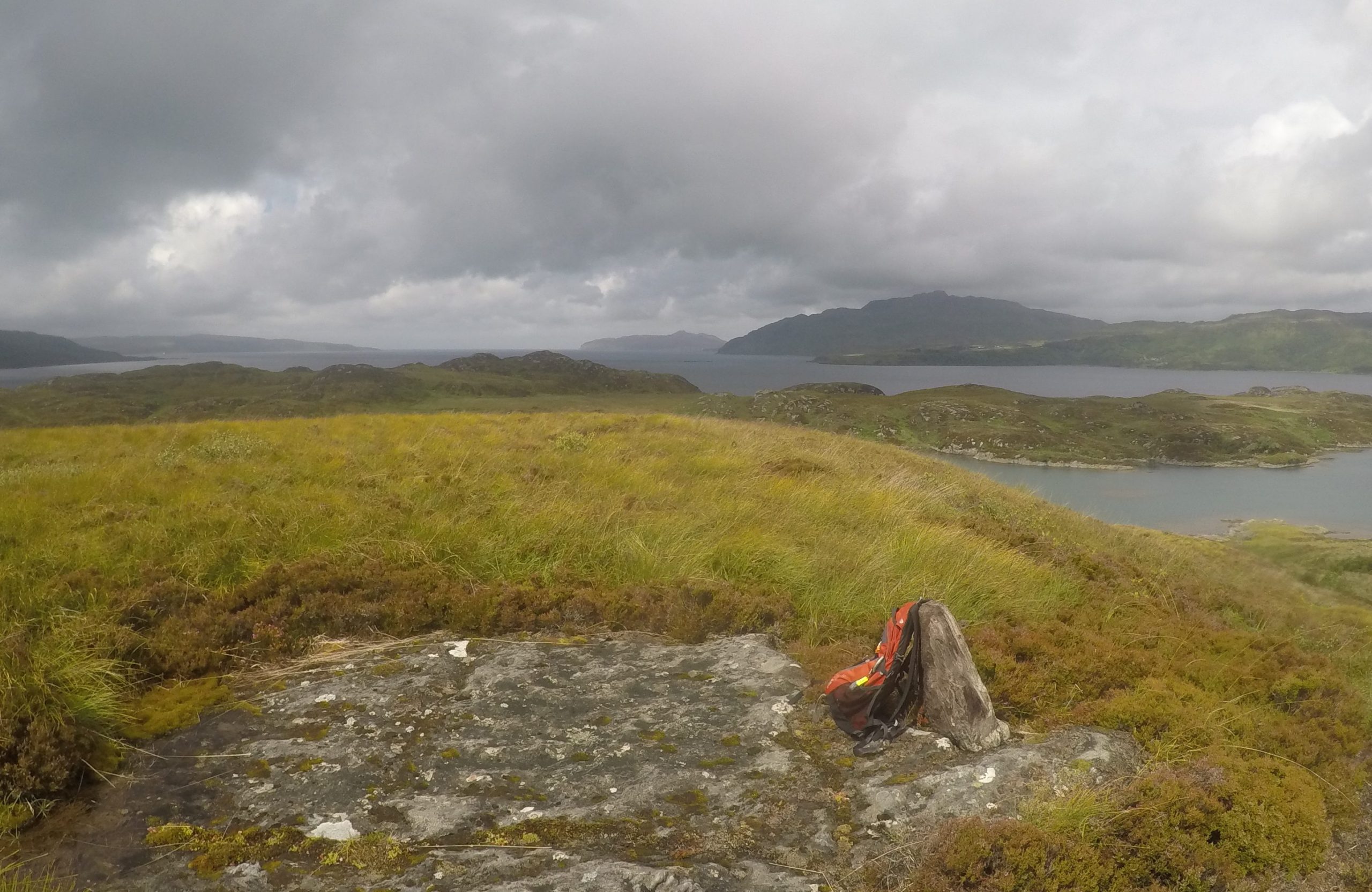 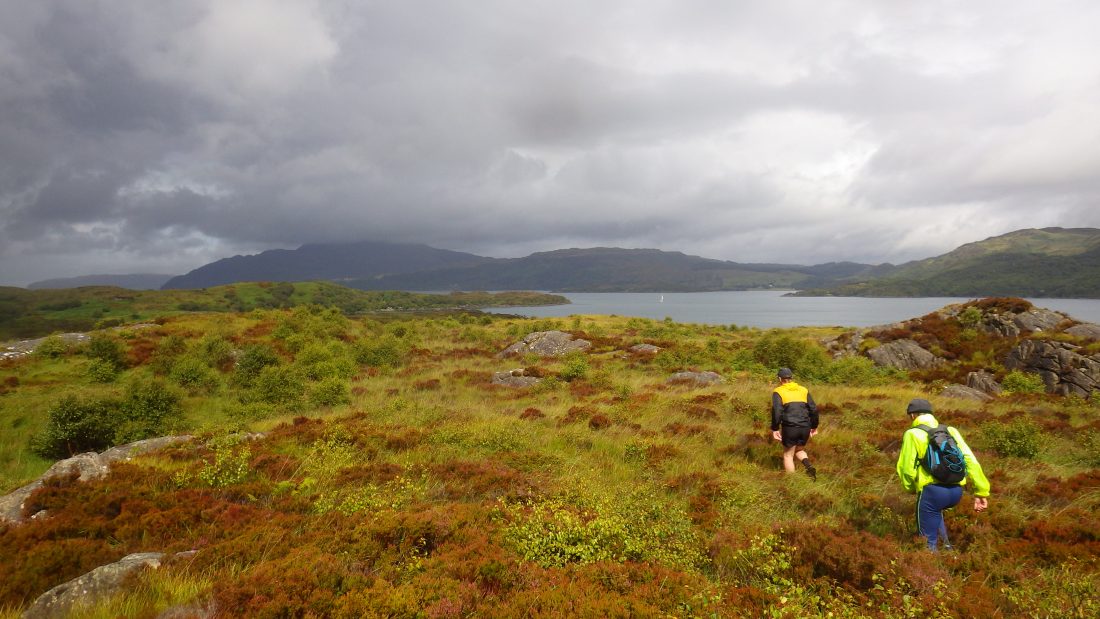 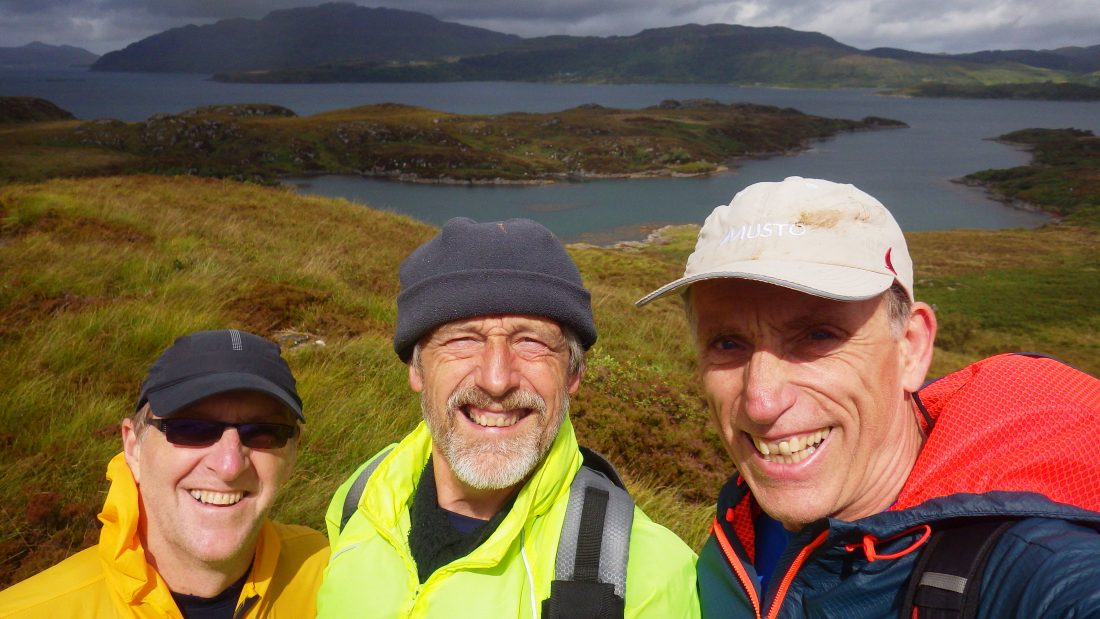 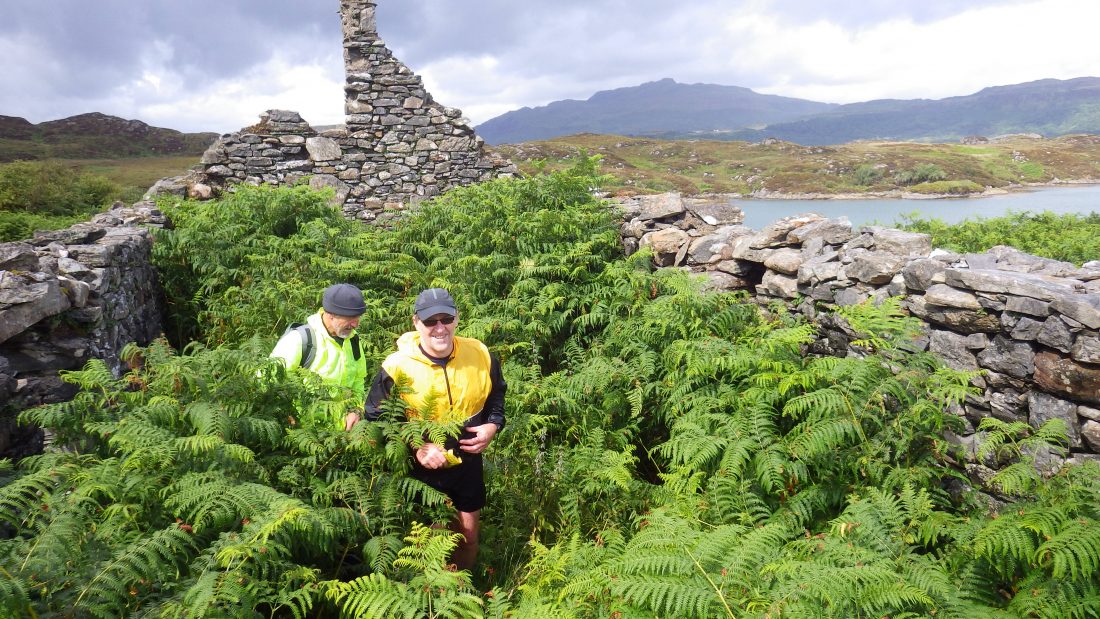 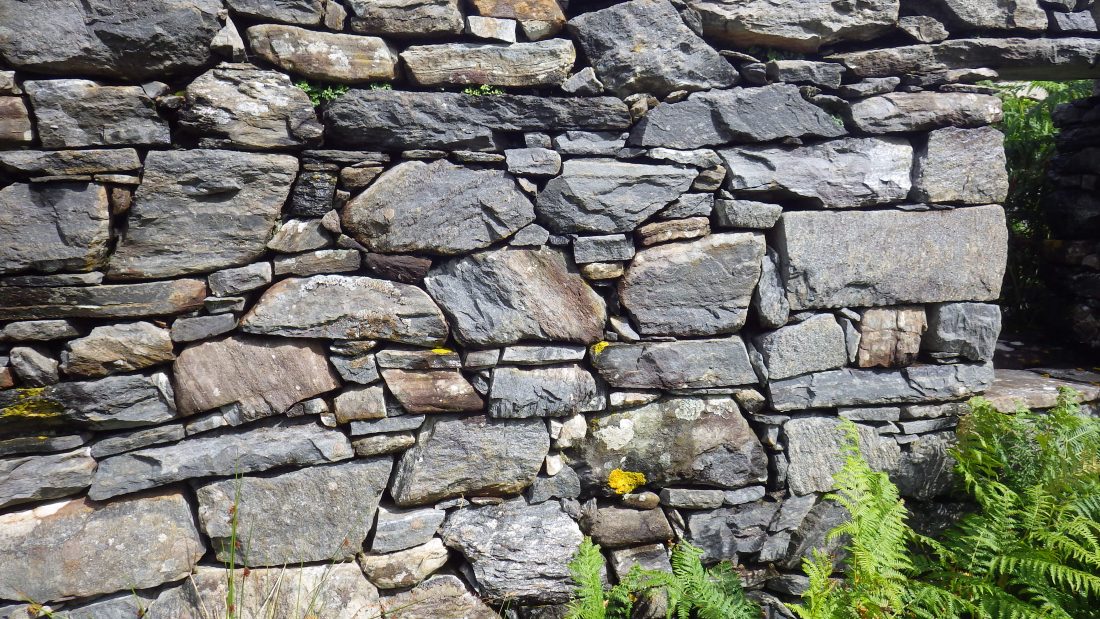 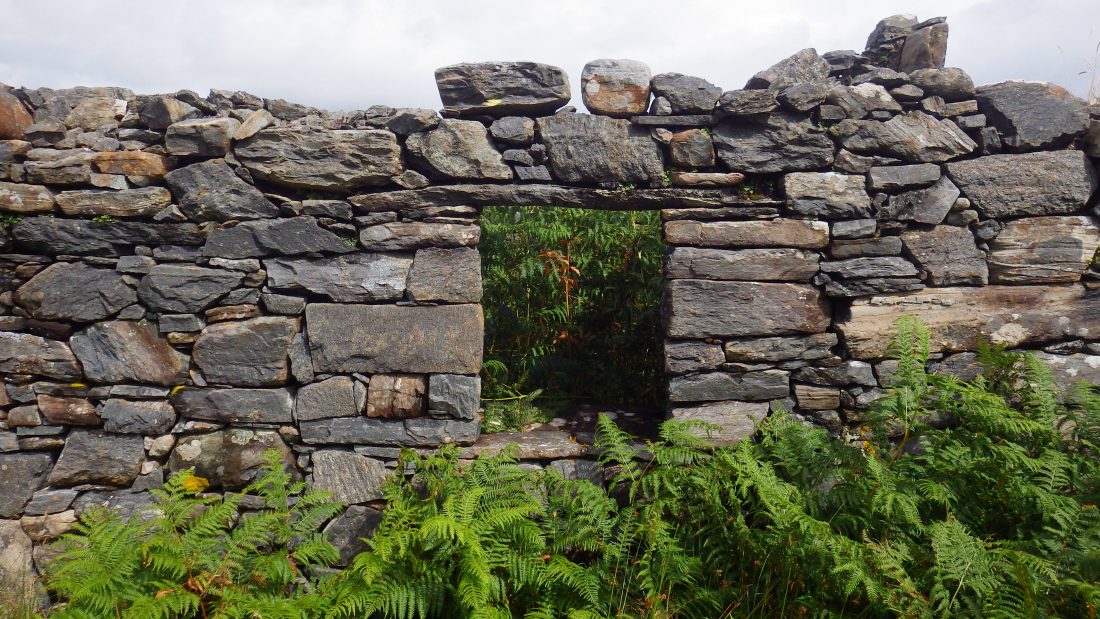 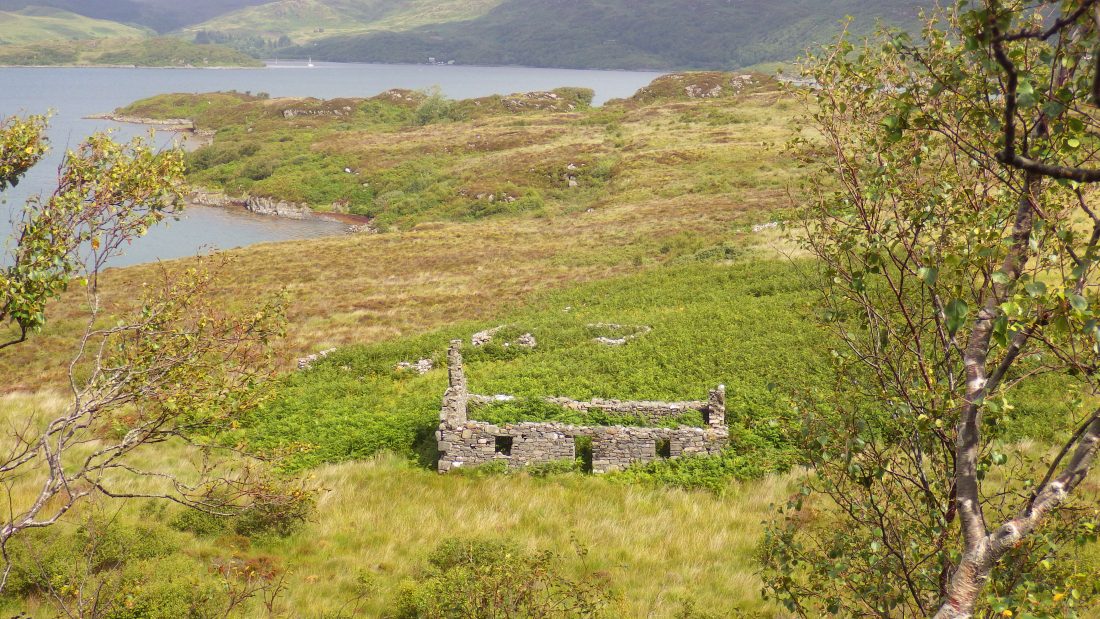 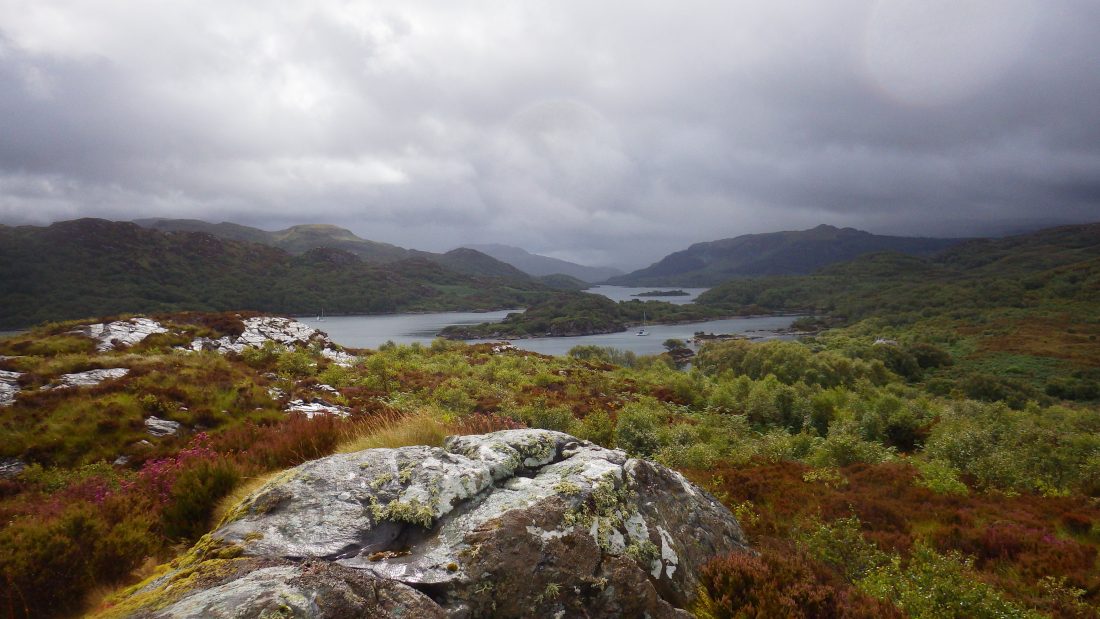 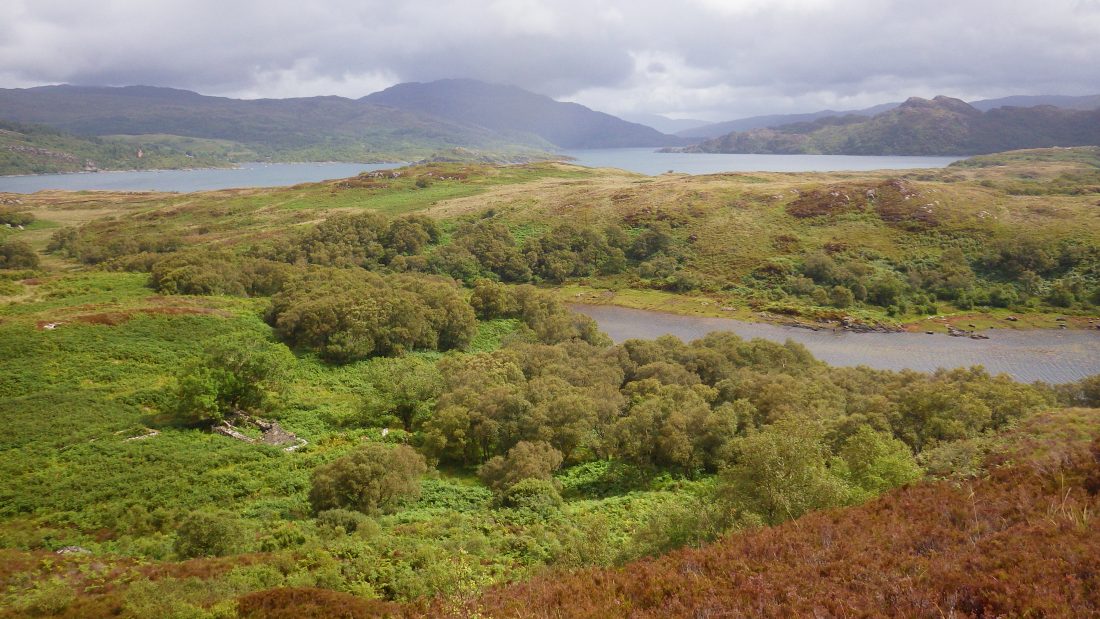 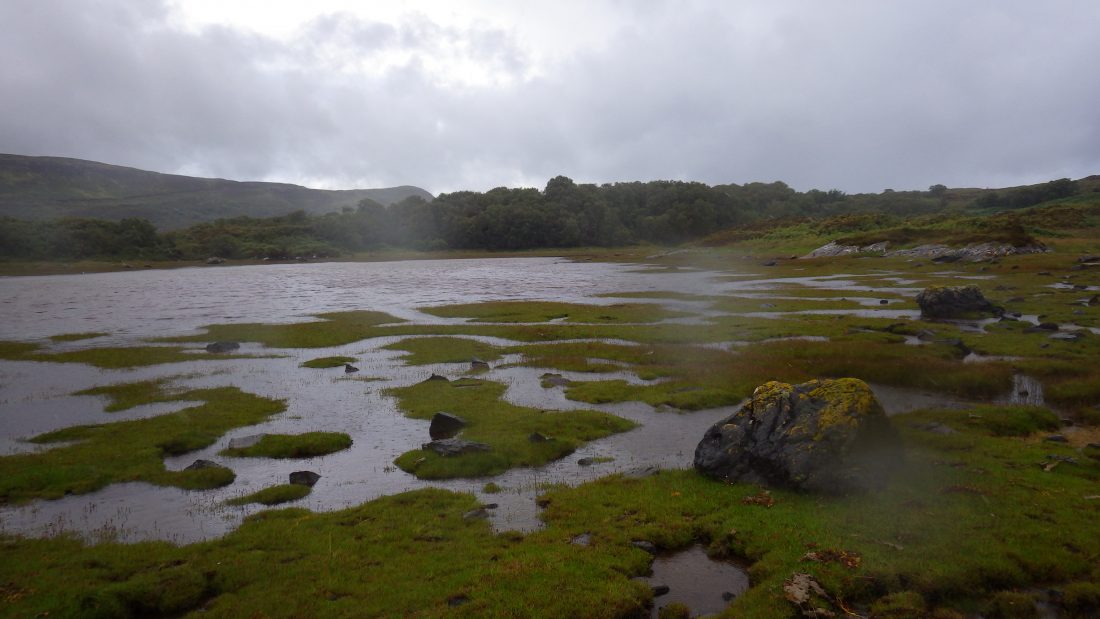 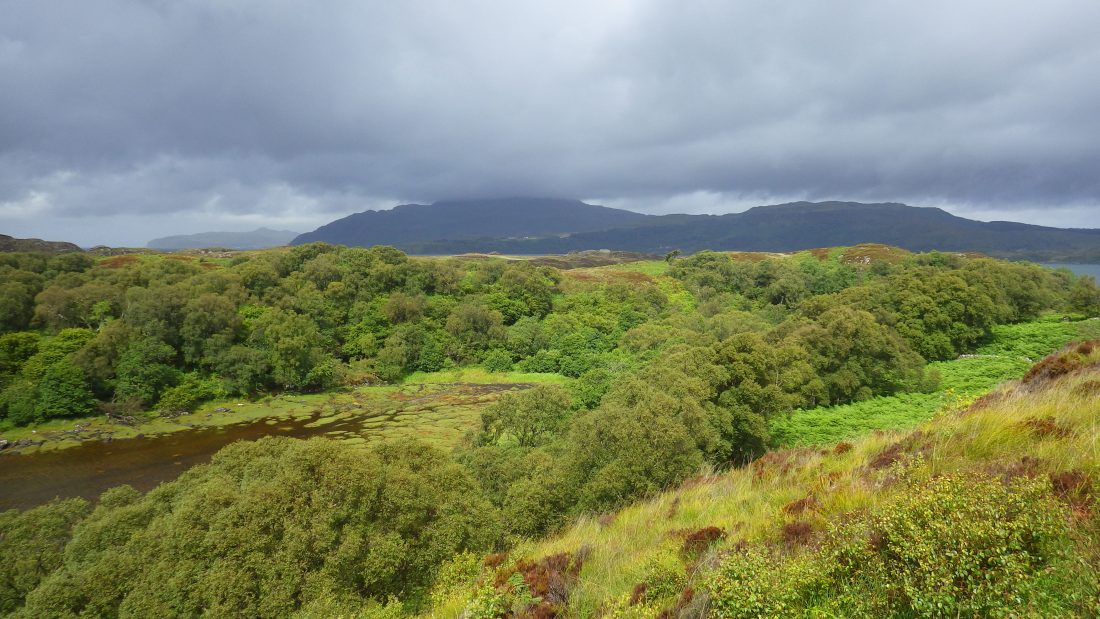 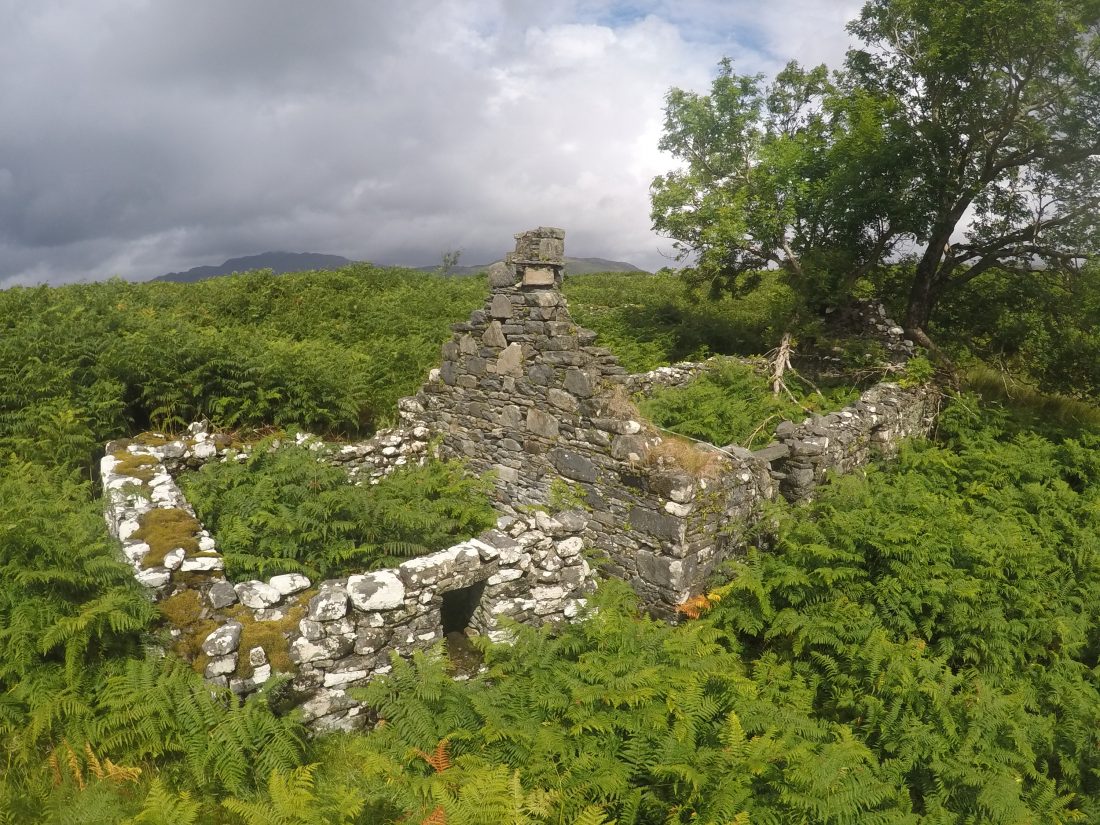