Sanday is a National Trust for Scotland and crofter owned island with school, study centre, rich crofting and Puffins. Its also a geological baby at 38 million years old.

Sanday (Scottish Gaelic: Sandaigh) is one of the Small Isles, in the Scottish Inner Hebrides. It is linked to Canna by a road bridge. Canna and Sanday form a single community and are usually described as Canna.

My first visit to Sanday was by yacht in 2006. We anchored in the Harbour and enjoyed a wander around the shoreline and St Edward chapel. My next visit was to be 12 years later as Island Manager for the National Trust for Scotland.

Not much had changed other than buildings looking more tired, a new build intended for self-catering and of course St Edwards locked up and slowly falling back into disrepair. The solution for that building was certainly not a property for NTS at that time, people and their livelihood and sage operation and living on the island was top of the list.

Another great change that was underway was the early ground works to install wind turbines that would in turn provide 24/7/365 renewable power for the 18 residents. The turbines are now spinning, the dirty old generator has been replaced by a brand-new generator which is there as a redundancy back up.

Like its neighbour, Canna, the whole island is owned by the National Trust for Scotland. Canna is run as a single farm whereas parts of Sanday are used for crofting.
The majority of Sanday is owned by the National Trust with the remainder being crofts held by island residents. Sanday had a primary school that served both Canna and Sanday but is currently closed as there are no children living on the islands.

A footbridge to Sanday from Canna was built in 1905 but was destroyed by winter storms in 2005 and was replaced in 2006 by a road bridge capable of taking traffic and farm vehicles.

Despite this new ‘connection’ the road from the bridge the road on Sanday was covered at high tides so marginalising the benefits of the new bridge. In 2018 after a crowdfunding appeal the residents secured enough cash to build a new road so securing 24-hour connection with Canna and the lifeline ferry service.

The largest and most conspicuous building on Sanday is the deconsecrated Catholic church of St Edward, which stands alone on an elevated part of the island.
The church, which is also owned by the National Trust for Scotland, was restored and converted into a hostel and Study Centre by the Hebridean Trust. It was successfully completed and opened in 2001 by the Princess Royal. However, the stone used to build the church is porous and no sooner was the paint applied to the renovated building that water seeped through the stone making the building uninhabitable as the intended study centre. The Chapel and all its woes returned to NTS after £1m had been spent (amounts reported do differ) without any benefit to the Hebridean Trust, National Trust for Scotland or more importantly the residents of Sanday and Canna.

As my last visit was a working visit, I did not have time to fully explore the island, perhaps for another day.

Geology
Sanday includes rocks that are geologically part of the Palaeocene and Eocene British Tertiary Volcanic Province, among some of the youngest rocks found in Scotland.
Canna and Sanday form part of the major lava field that extends from north western Rum to northern Skye. These basalt lavas were probably erupted from a major volcano on what is now the Isle of Skye, but what makes Canna of particular interest is that the area was traversed by fast-flowing rivers at the same time that the volcano was erupting. Great thicknesses of boulder conglomerate were deposited by this river. The boulders were rounded as they were carried along in the fast-flowing river currents. Some are over a metre in diameter, indicating the strengths of the currents involved. Pebbles in these deposits have been matched with bedrock from Skye, suggesting that the river flowed from the north. Impressive, church-organ like basalt pillars are plentiful on the island, standing tall on cliffs above the island’s few houses. 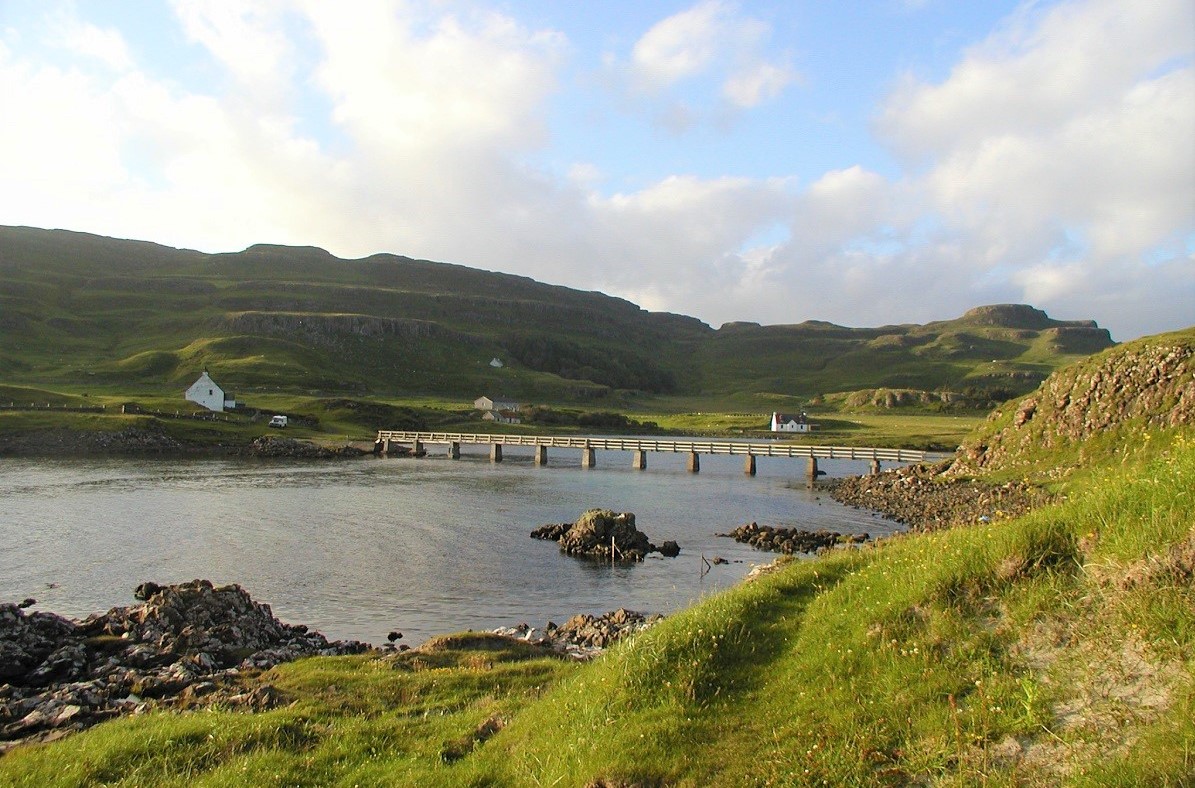 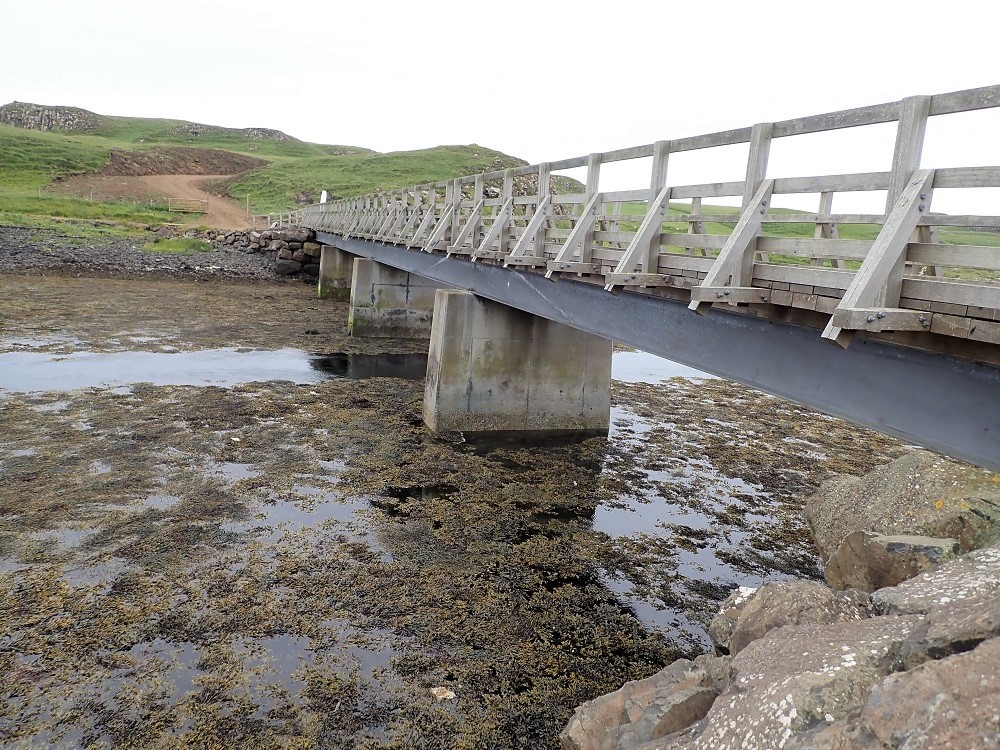 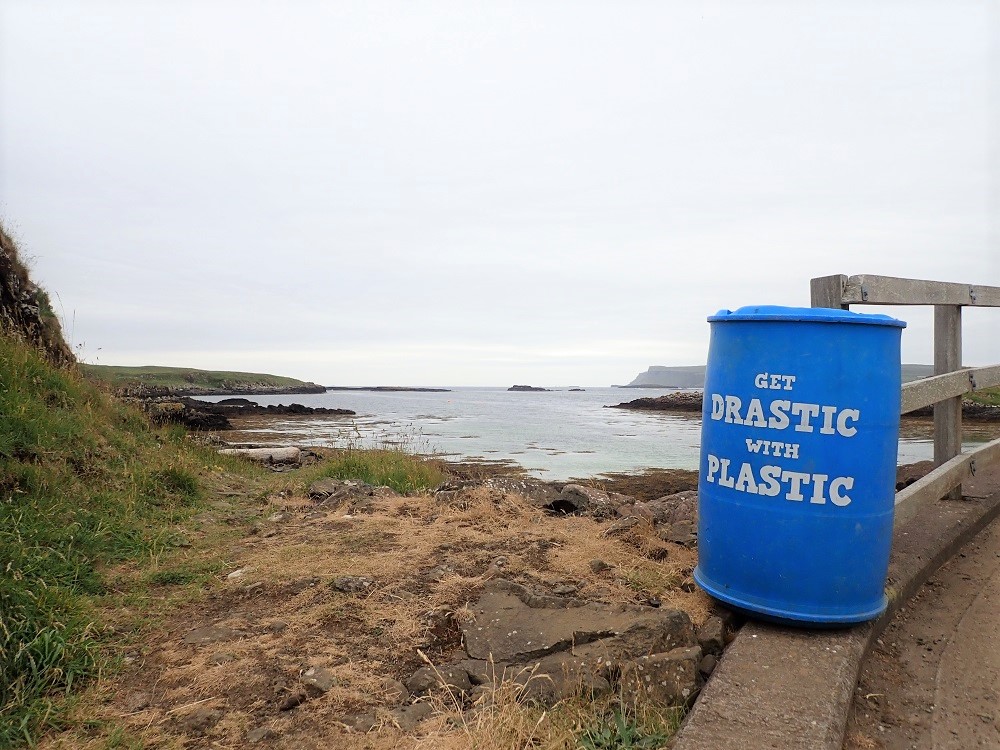 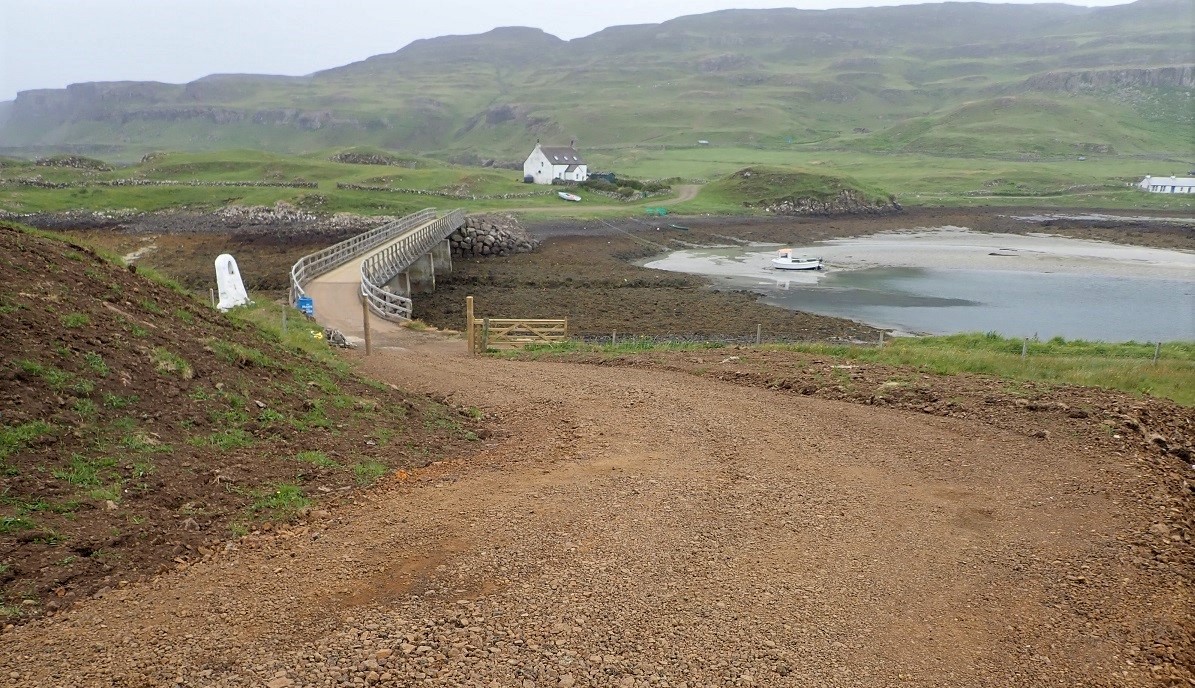 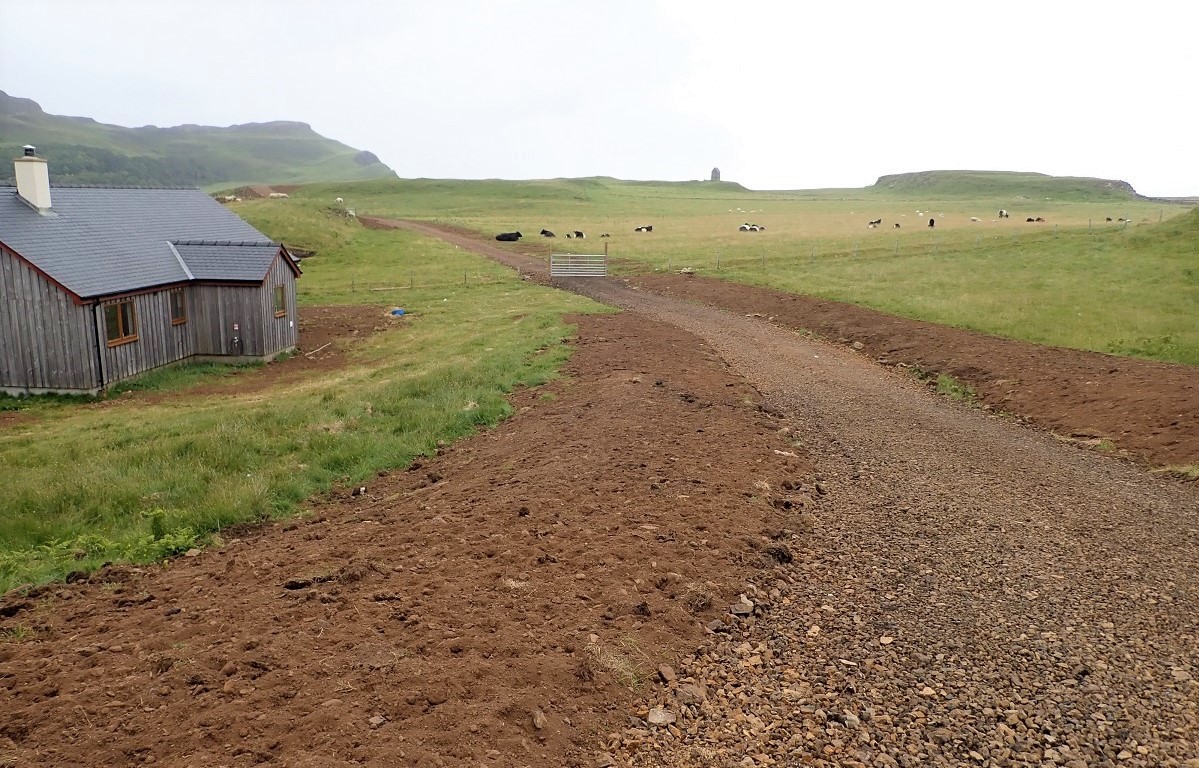 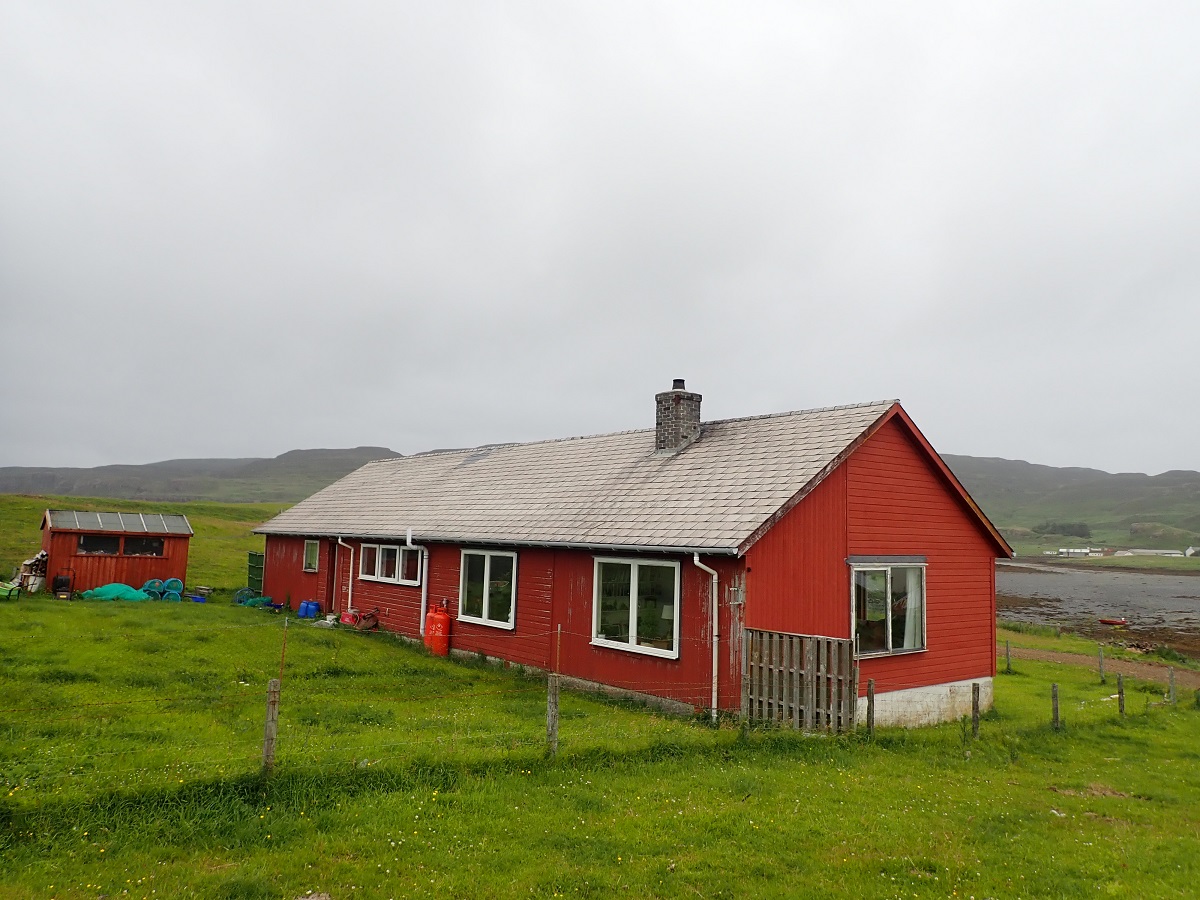 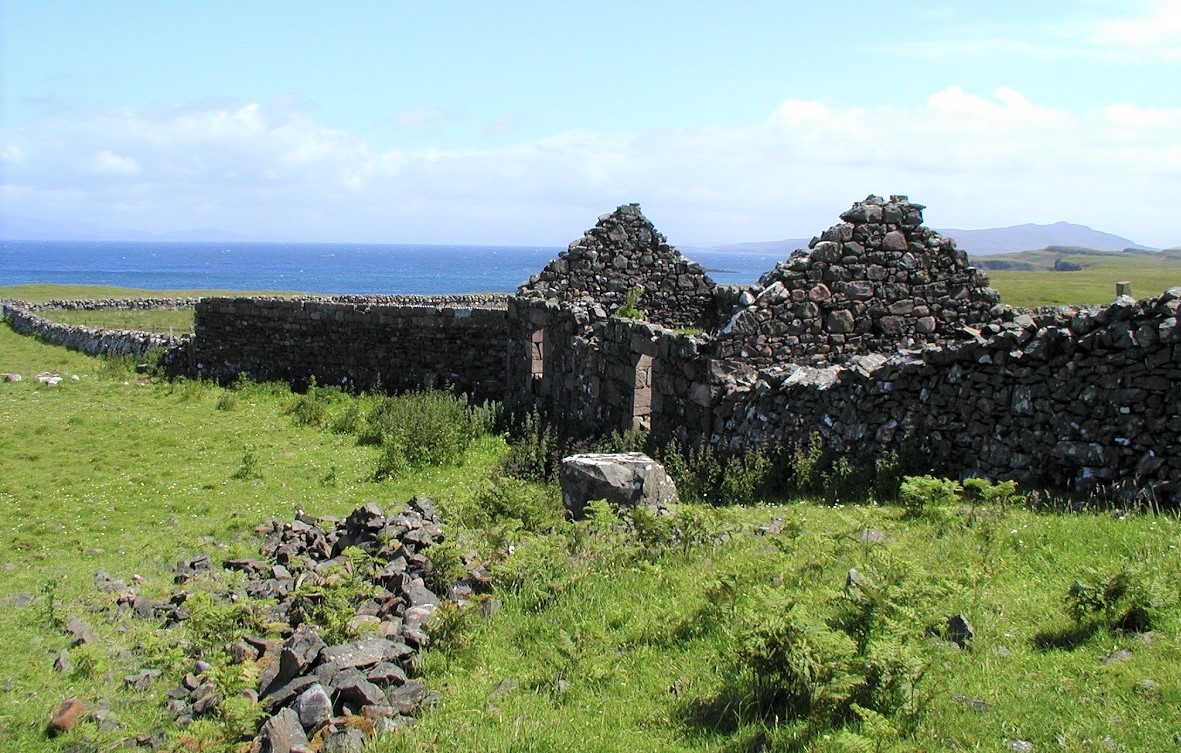 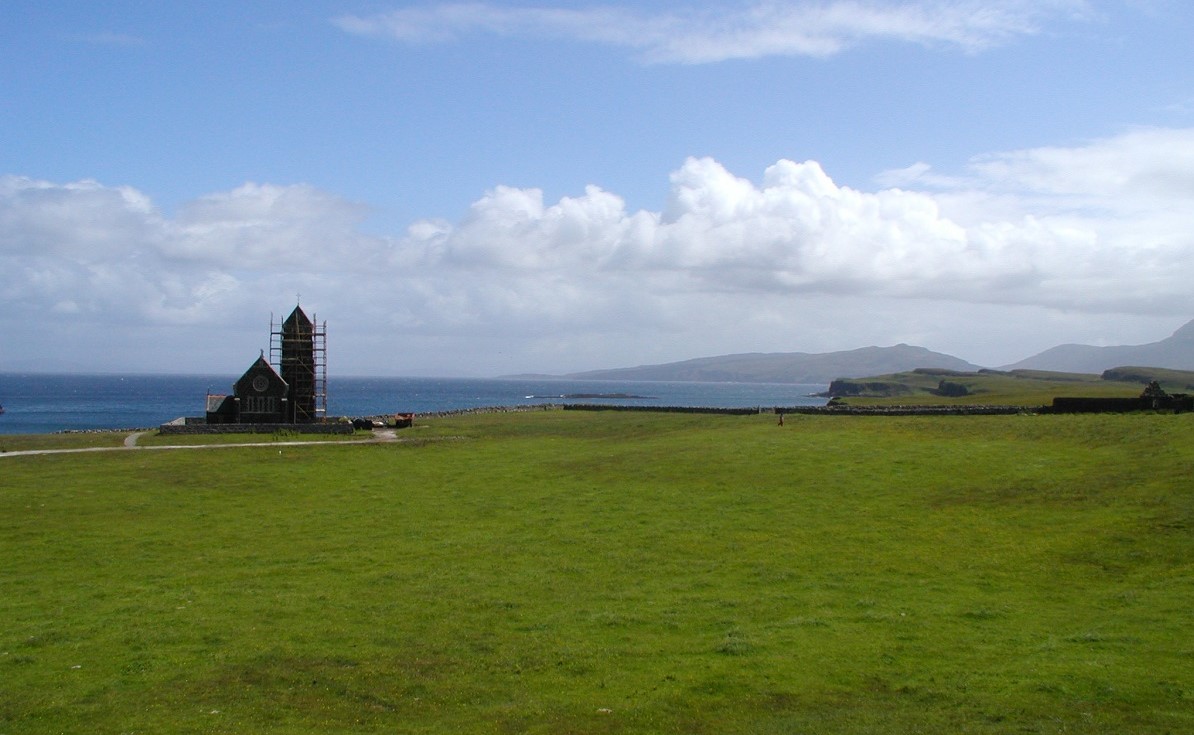 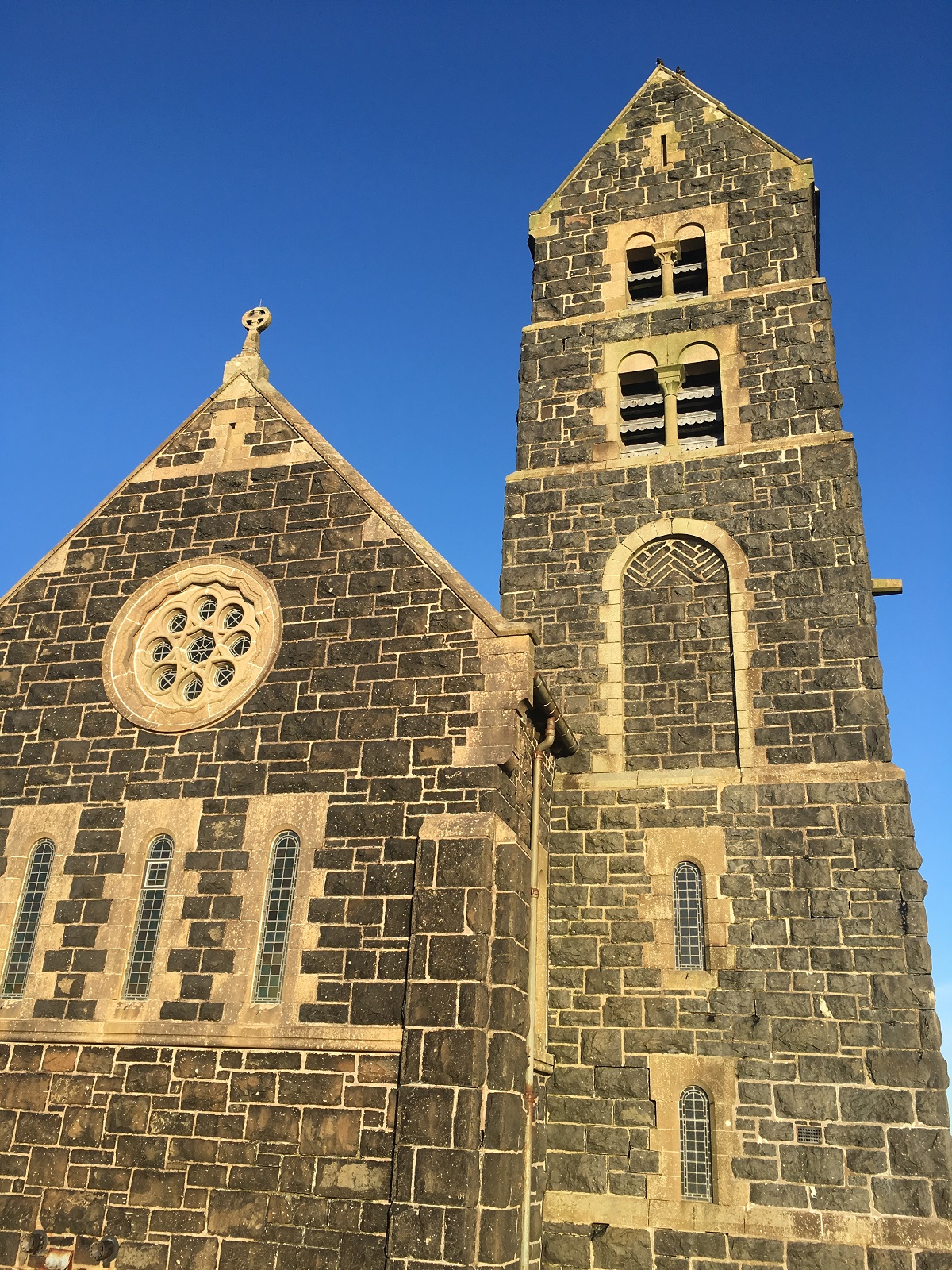 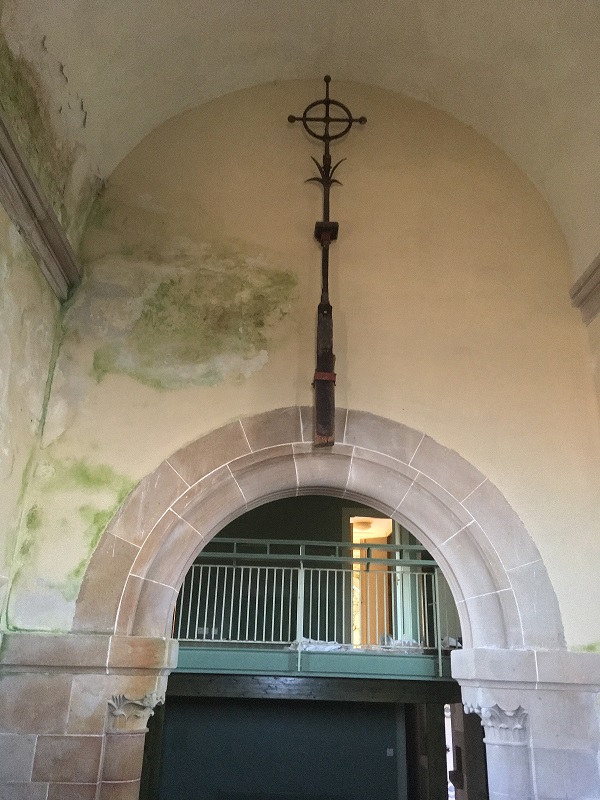 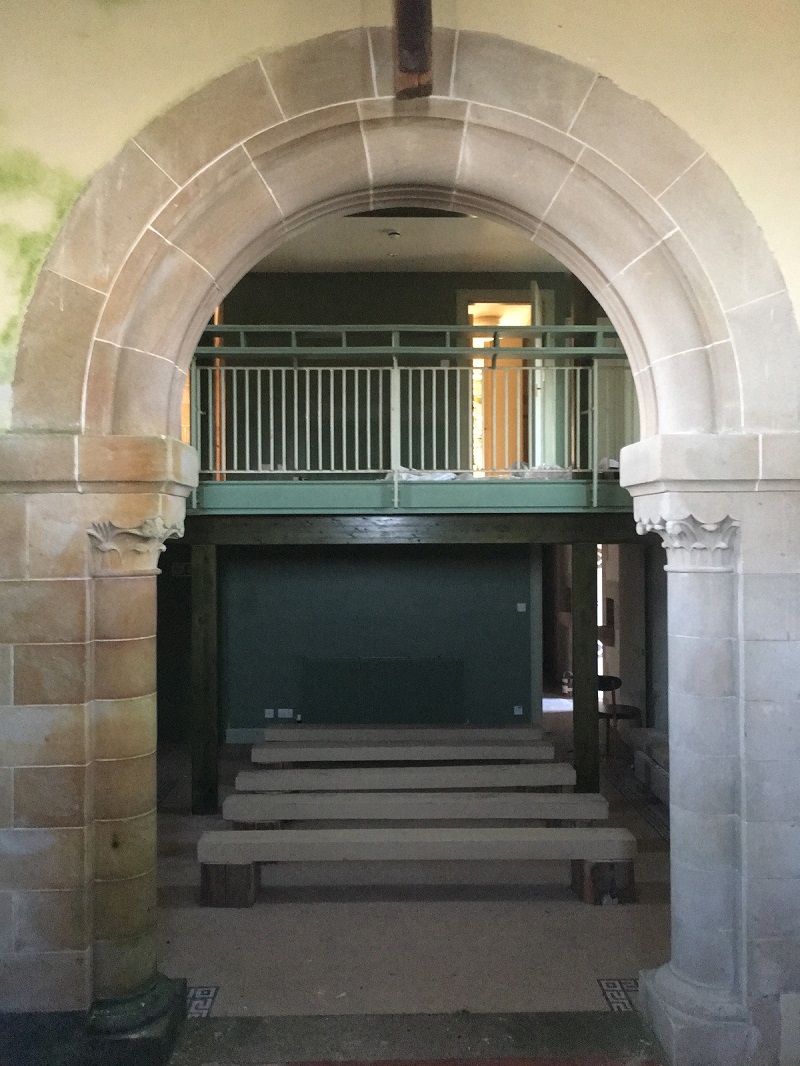 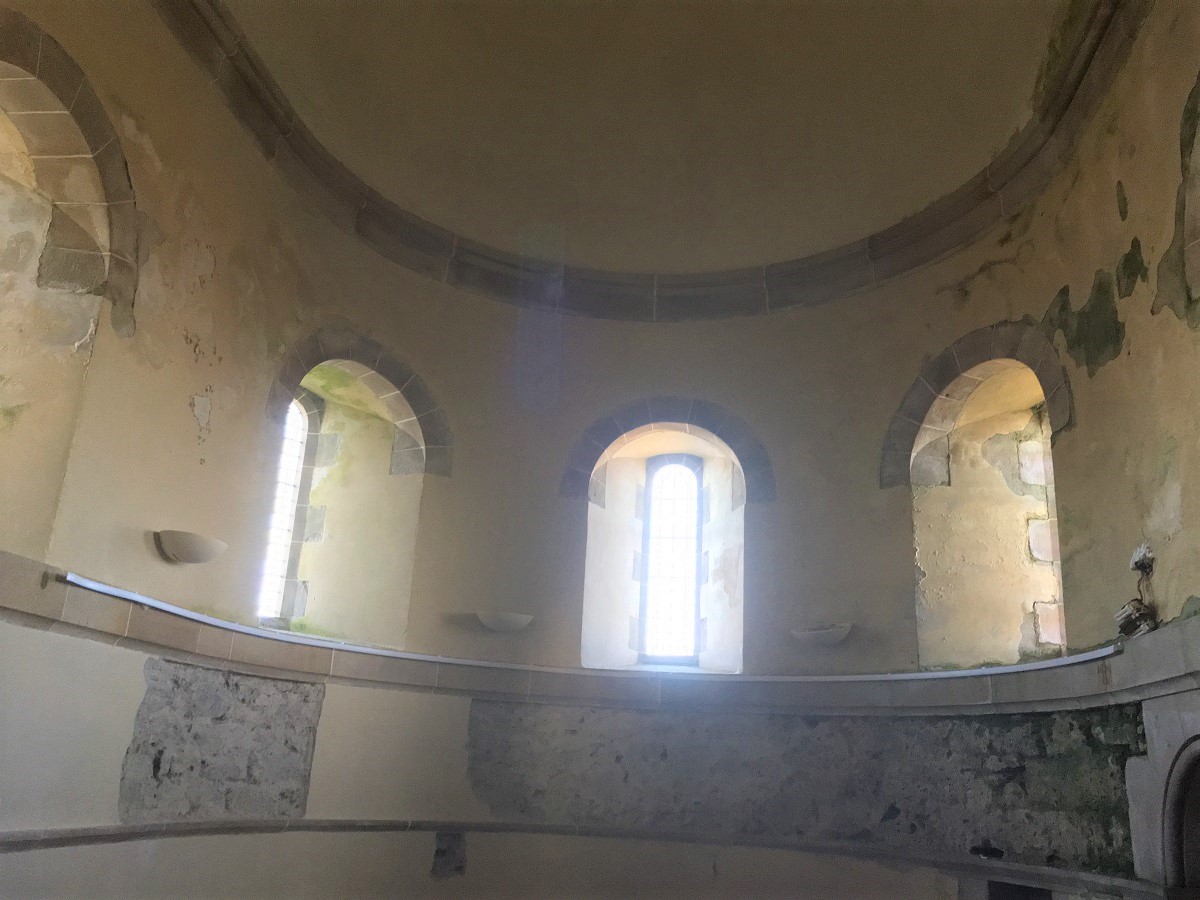 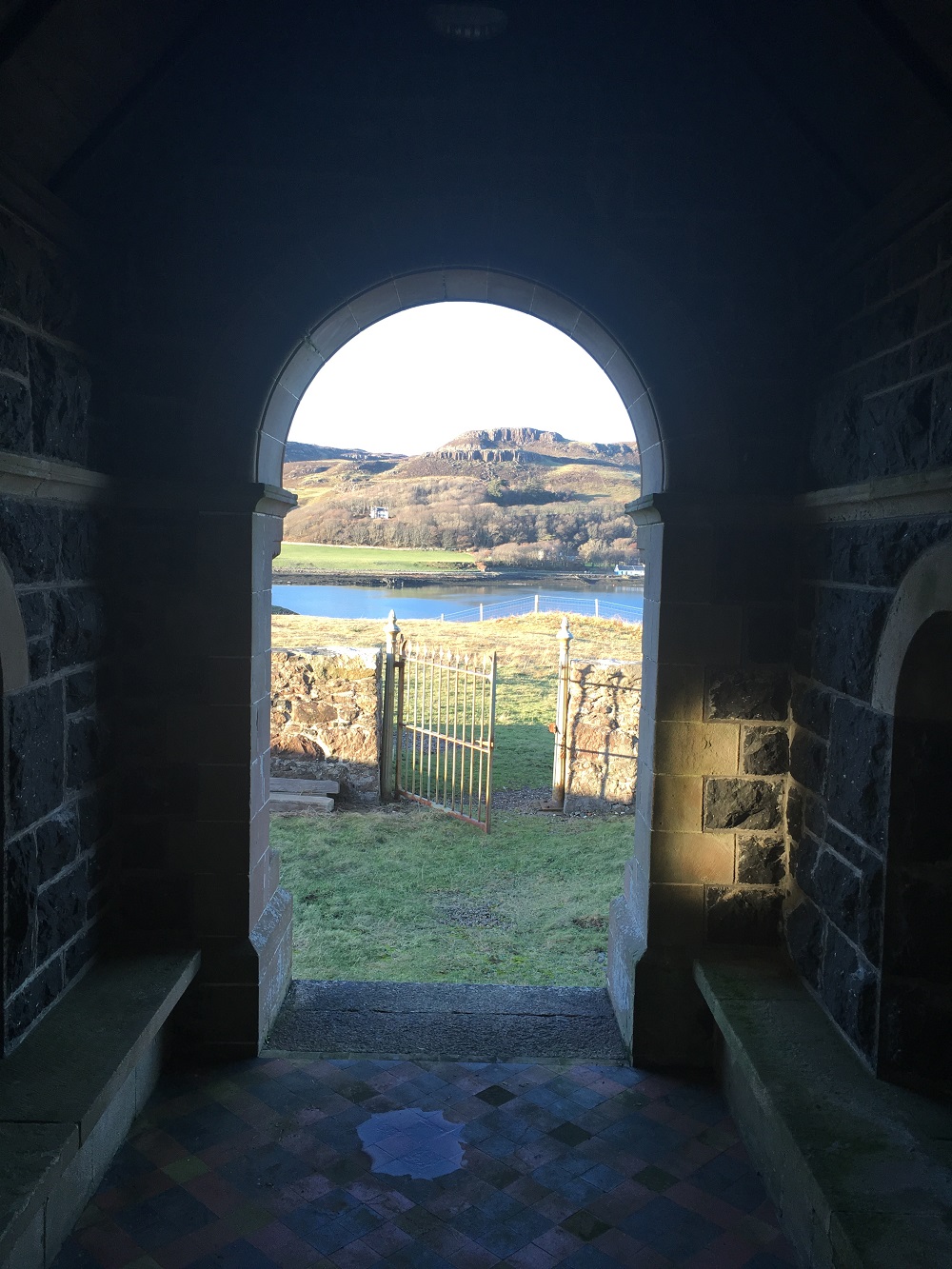 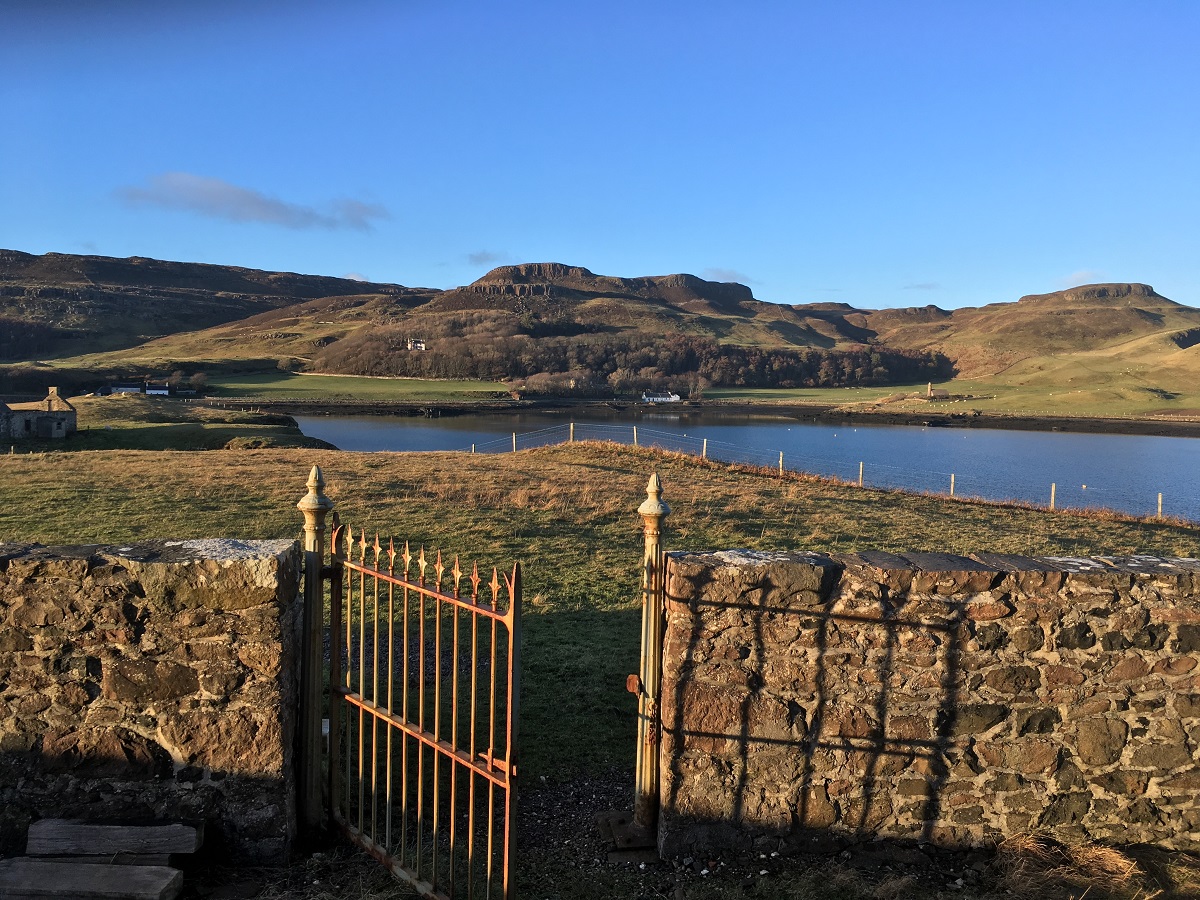 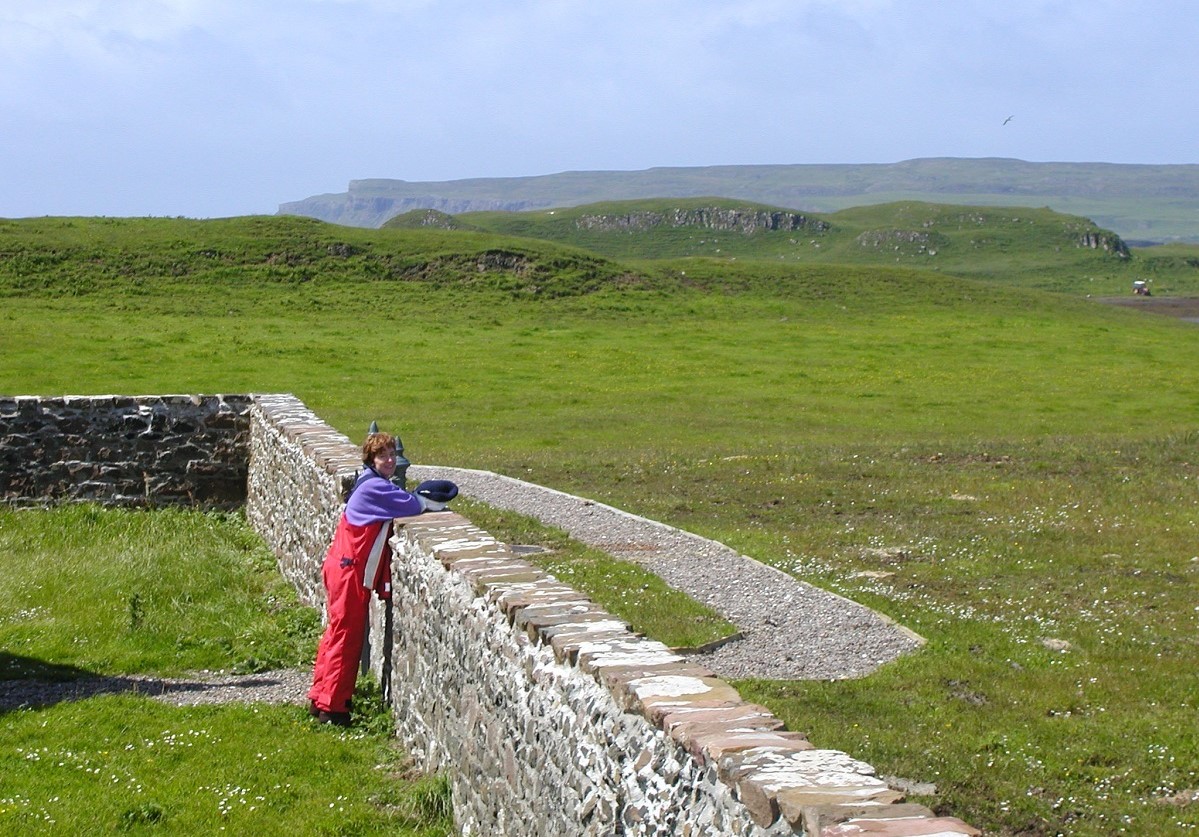 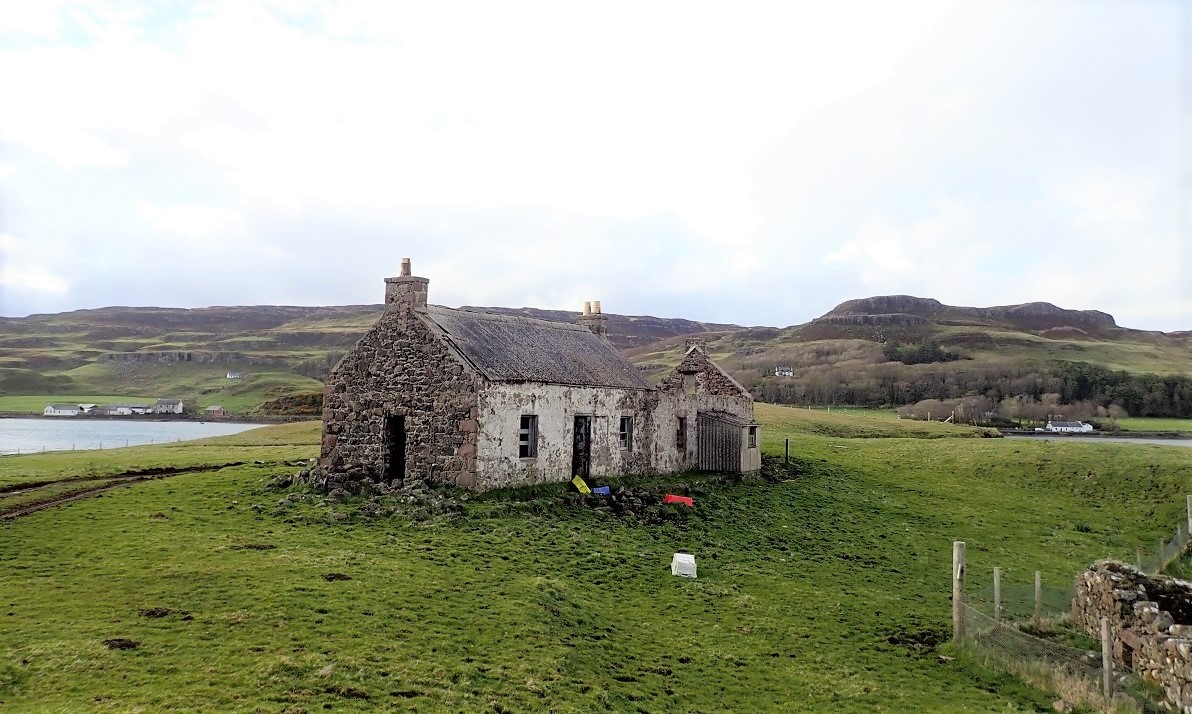 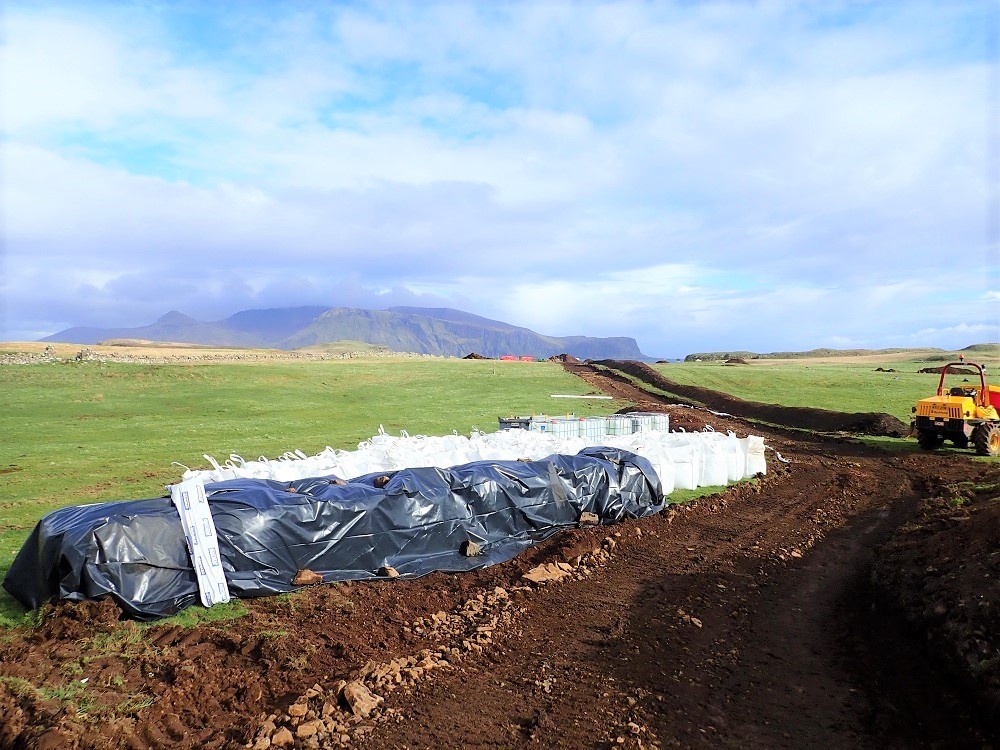 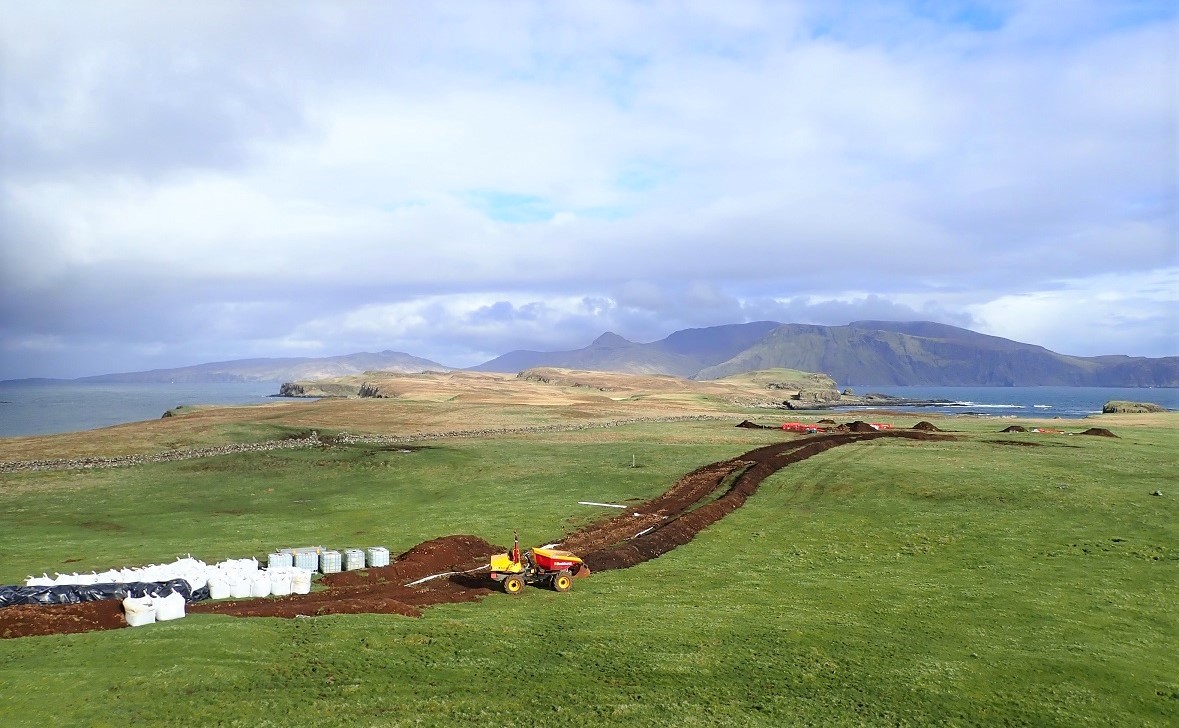 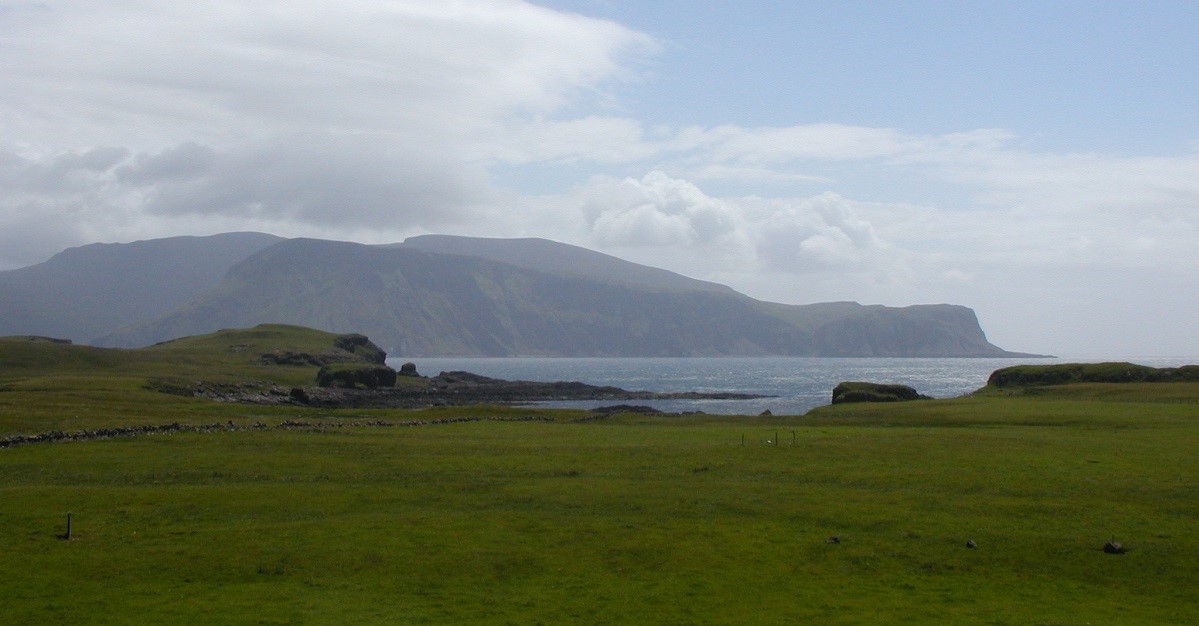 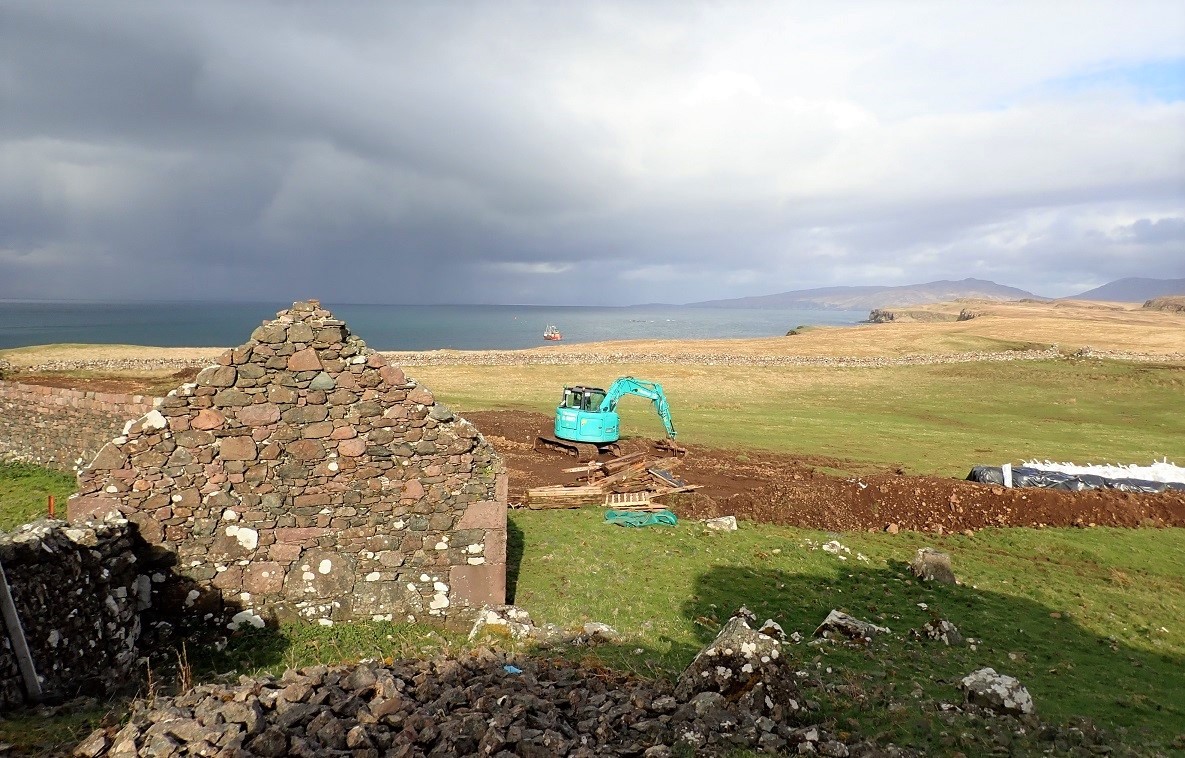 Sorry no video, need to go back ….