The Bernera Yew is a tree with a great story for sure. St.Columba was “wont to preach”’ under it and was said to have been capable of sheltering “a thousand people beneath its widely spreading branches”.

Columba prophesied the noble tree would fall to the “pride and greed of man” and that the “guiltiness of the act would only be expiated by water and blood and three fires”.
Run an internet search on the tree and this prophecy by St Columba is supported by learned academics. This yew “of vast size”’ was felled ” by Sir Duncan Campbell of Lochnell” during the process one man was killed by the falling tree and six men were drowned when the boat that was carrying the felled timber capsized and sank.

The little island of Bernera lies in Loch Linnhe towards the south west end of Lismore. The island can be reached on foot from Lismore at low water across a stone spit and it was on foot we came upon this little gem.

The island is limestone and this reflected in the diversity of species found on the island. Bernera is designated a Site of Special Scientific Interest on the basis of its feature of limestone maritime cliffs along with the presence of the nationally scarce rock whitebeam. In the 6th century, Bernera was settled by Irish monks using the island as a place for meditation and prayer.

Bernera is a cracking little island that has crystal clear waters and pristine grasslands and wildflowers. Bernera’s claim to fame is it was known as Bernera of the Noble Yew. This grand tree it is claimed sheltered Columbus as he preached but had a more practical use when it was eyed up as ideal timber for the build of the Lochnell Castle on Lismore. The remains of the small chapel have disappeared and certainly were not visible to us on the day we land

We made our way up to the summit enjoying the odd scramble through gaps in the crags until we surfaced to the fat table top of the island. From the top Loch Linnhe presents itself with uninterrupted views north beyond Glensanda quarry and on further to Kingairloch. The Sound of Mull opens to the west and the hills of Mull. South, the view is constrained by the long spine of Lismore. To the west of Lismore lighthouse there is a gap that allows a sightline down the east side of Mull.

The cairn on Bernera is worth note. The usual low lying pile of lichen clad stones that top these seldom visited islands but perched vertically on its top is a wonderful slab of seamed limestone standing as sentinel to all who pass. 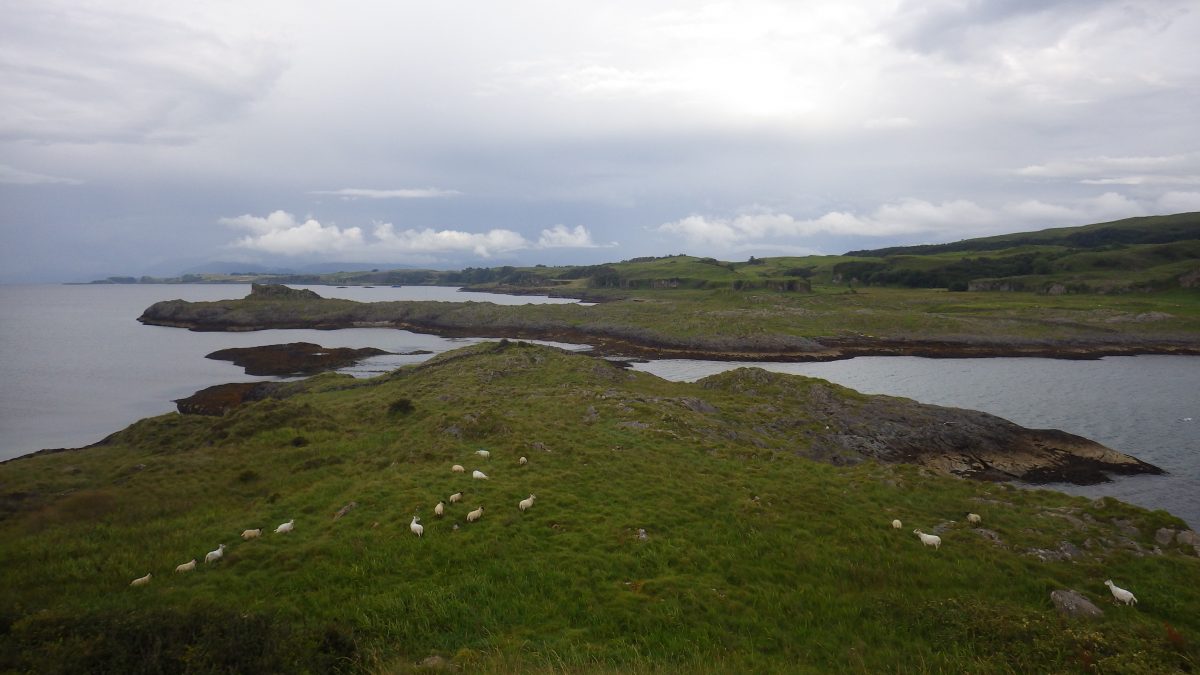 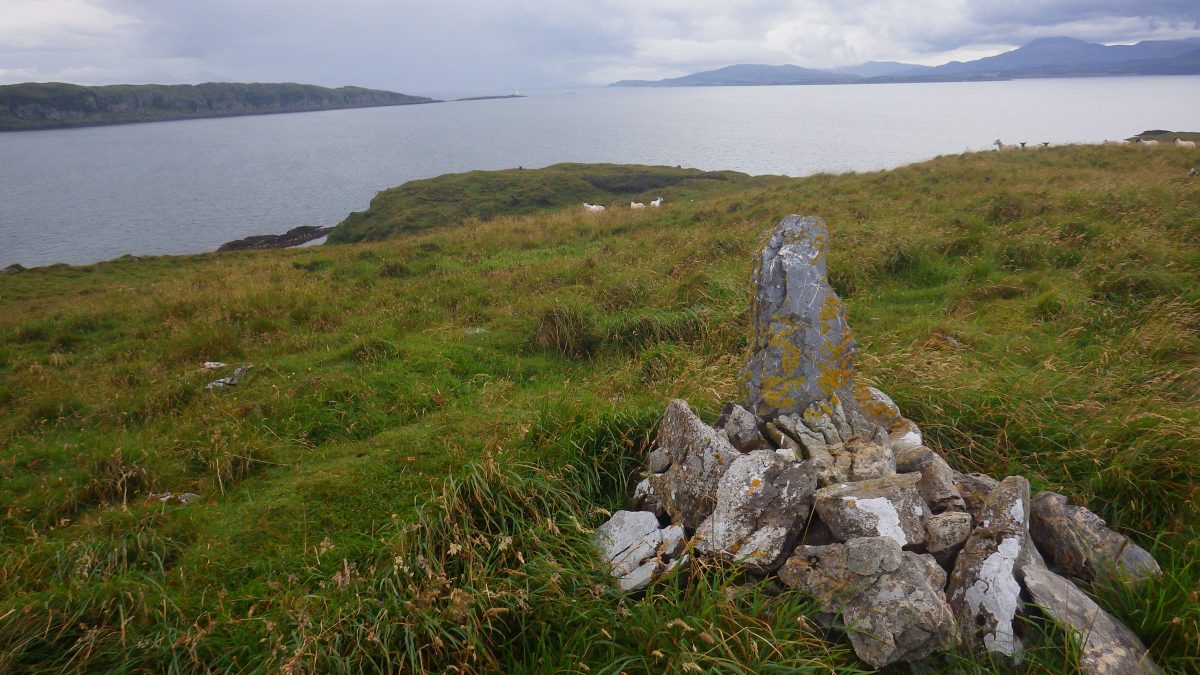 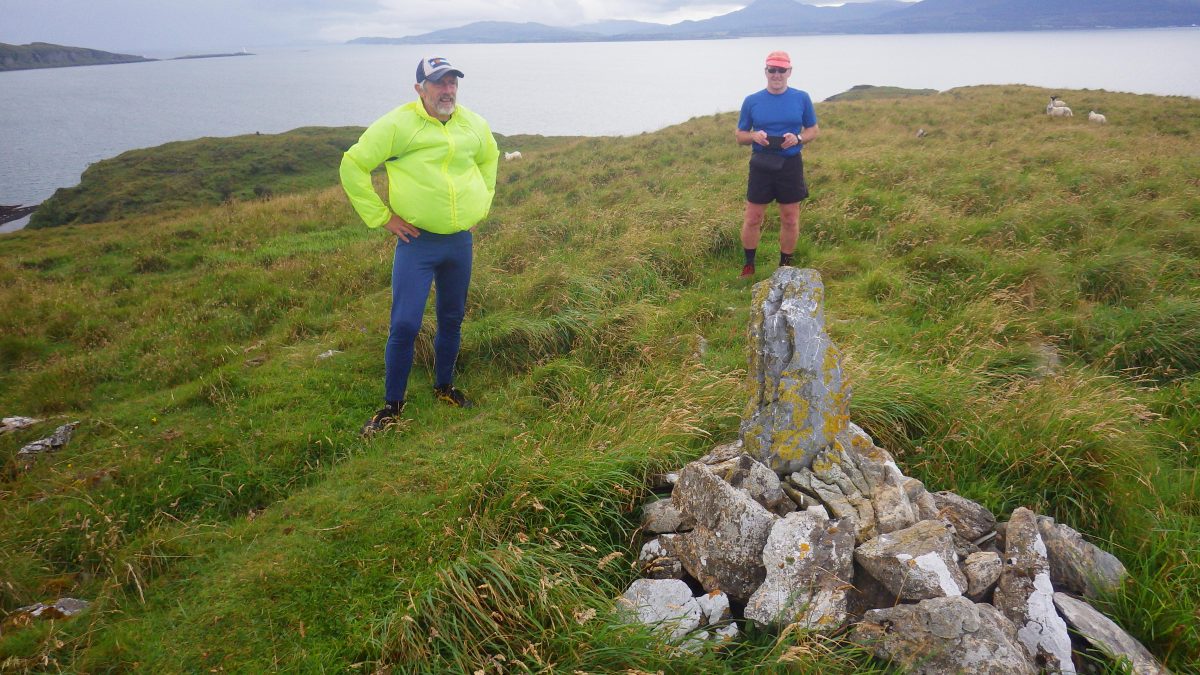 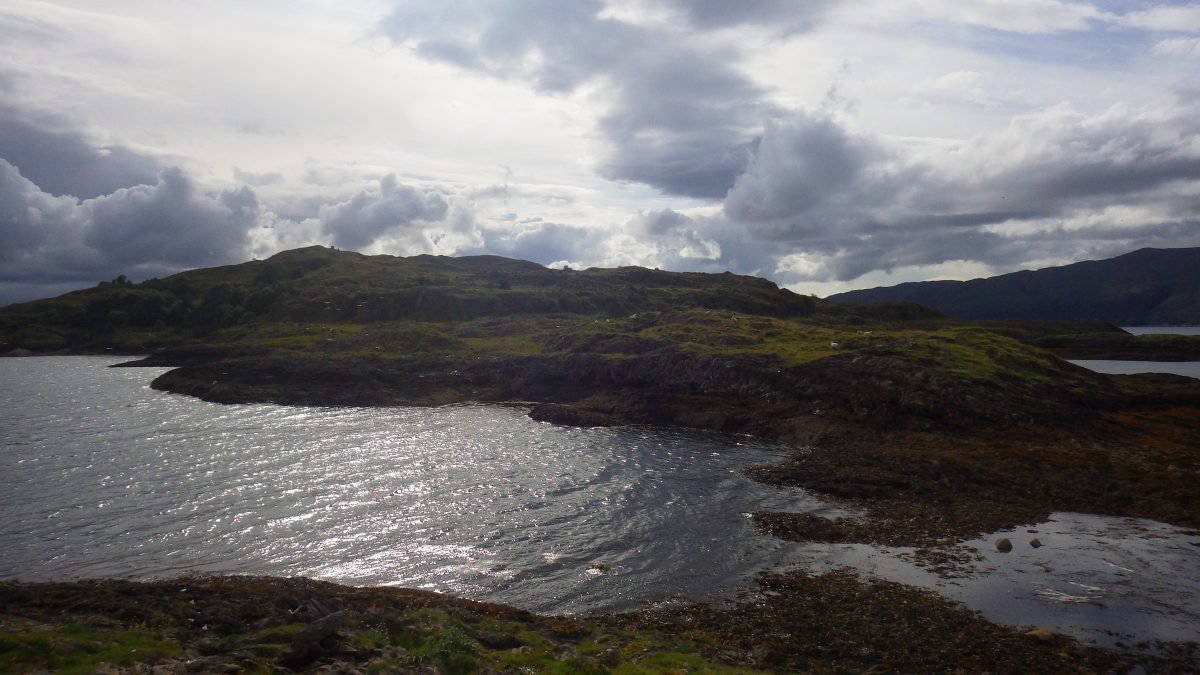 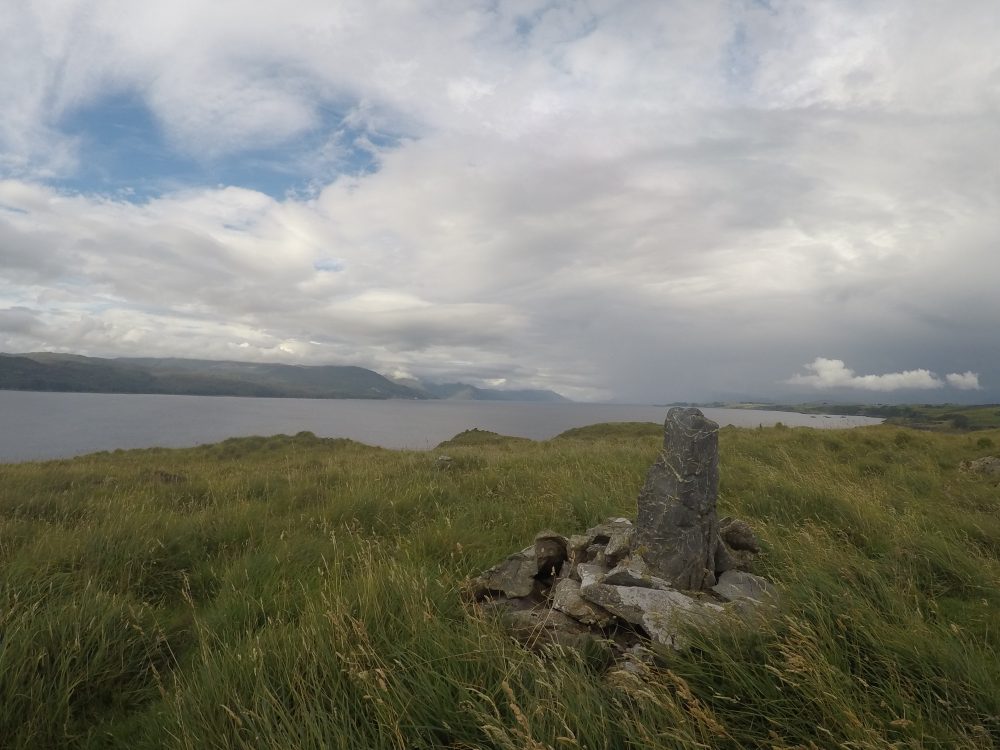 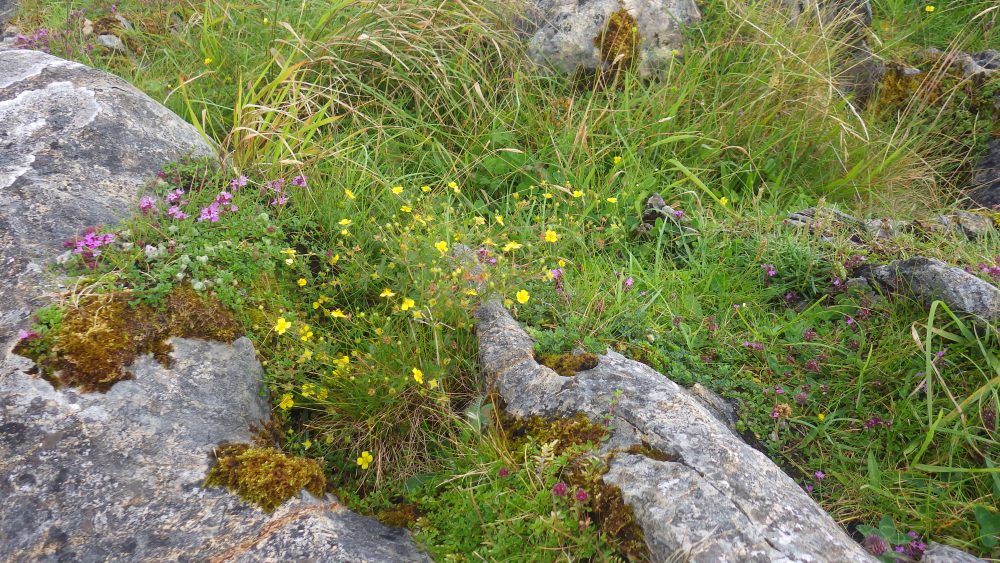 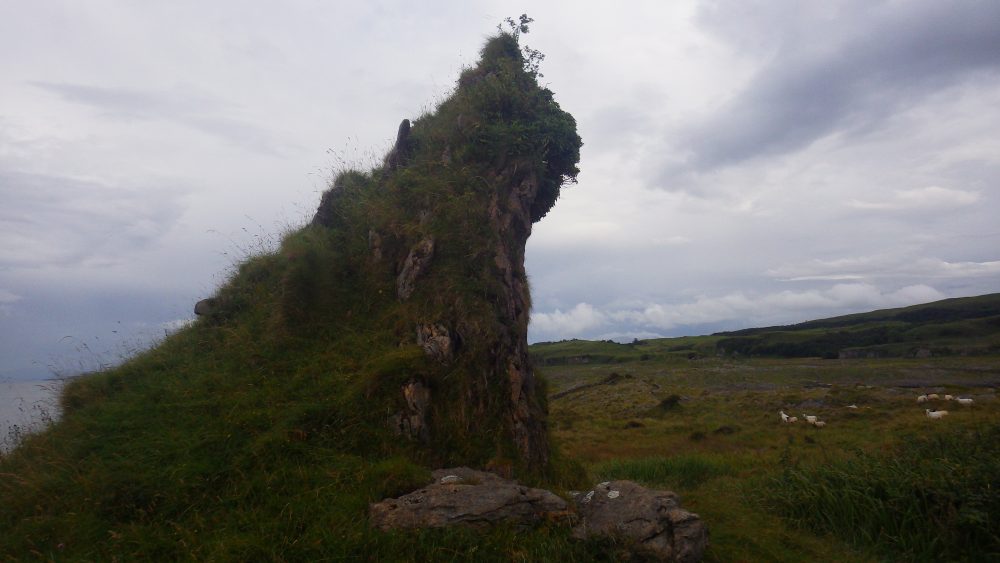 Crystal clear waters rising up to the cairn on Bernera. 360 video looking north up Loch Linnhe and to the Sound of Mull to the southern tip of Lismore following back up the spine of Lismore to the Appin hills in the distance and back to a view up Loch Linnhe.