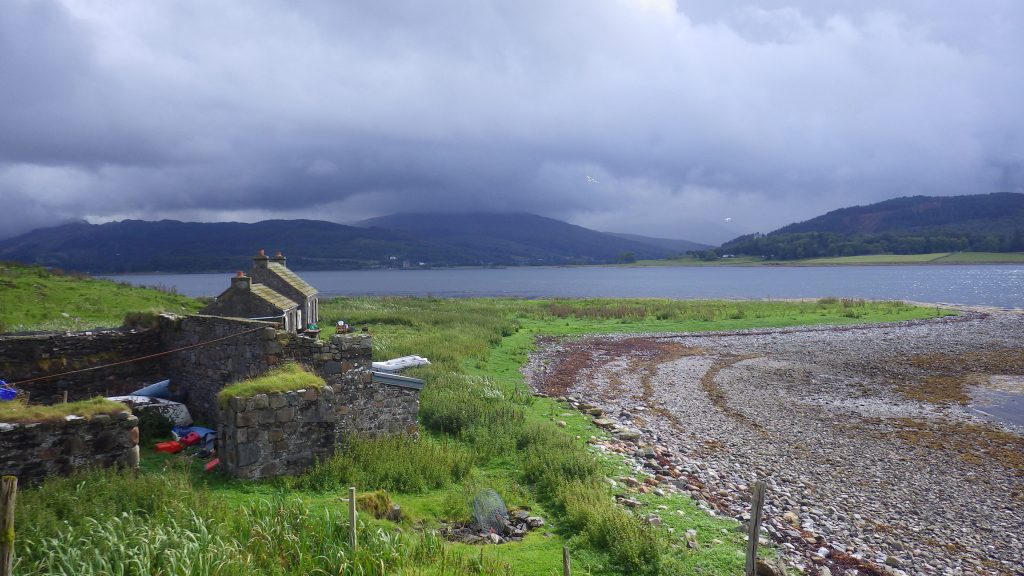 Eilean nan Caorach Appin is the classic type of little Scottish island I have sailed past on numerous occasions having never stopped and not appreciating the history and story that it has to tell. Situated at the north end of Lismore and no more than 1 mile away from the mainland across the Lyn of Lorn. This little Scottish islands stands at a mere 30 m high at its summit.

In July 2017 Willie Gibson and I set foot on the island from the western side landing on steep rock face with heather and bracken growing further up the steep slopes. With the dinghy secured we made a straight line for the summit. The route, through heavy bracken and heather soon gave way to smooth grazed grasslands that were a joy to run on. It was no more than five minutes later when we topped out and enjoyed the uninterrupted views up Loch Linnhe, south to Mull and laid out before us the spine of Lismore. The grazing sheep totally ignored us and seagulls squawked noisily, the latter certainly not caring for our presence on their island.

There is no mistaking the history of this island. Eilean na Caorach is ‘Sheep Island’ so immediately declares its hand as having been a grazing ground for farmers from either across on the mainland or from the neighbouring island of Lismore. However, the island took on an industrial phase when the value and method of extraction of the its rich lime deposits could be fully realised.

For over 100 years from 1800 limestone, or the processed material Qucklime, was extracted from this little island. This island like many in the area is rich with limestone. The process involved digging it out by hand from the hills and dropping the rock into the lit kilns where it would roast and toast, ending up as quicklime that was in turn used for farming and building purposes. The kilns were fired by coal brought from the mainland with the boats returning laden with quicklime.

The assortment of stores, outhouses and buildings tell a story of development and ‘add ons’ over the years. That development continues to this day as the workers’ old stone cottage has been recently refurbished and is now let out as a self catering unit. If you wish to rent a cottage on an island and be on your own and be the only resident, this is the place for you. We did feel slightly guilty as we climbed up the hill and saw below the would-be deserted island tenants making a quick retreat back to the cottage. Undeterred we climbed on and enjoyed the views in the knowledge that we would be gone from their island idyll in a few minutes and off to our next island of the day.

Summit done we came back down to the eastern beach and had a good explore of the kilns and remnants of what must have been a low harbour wall. The harbour could have taken flat bottomed boats that would have dried out at low tide and from there been loaded with their valuable export to the mainland.

Willie and I retraced our footsteps back over the steep drop down to the dinghy and paddled our way back out the Richard on Nordic Fulmar. Another remote Scottish island visited, summited and appreciated. 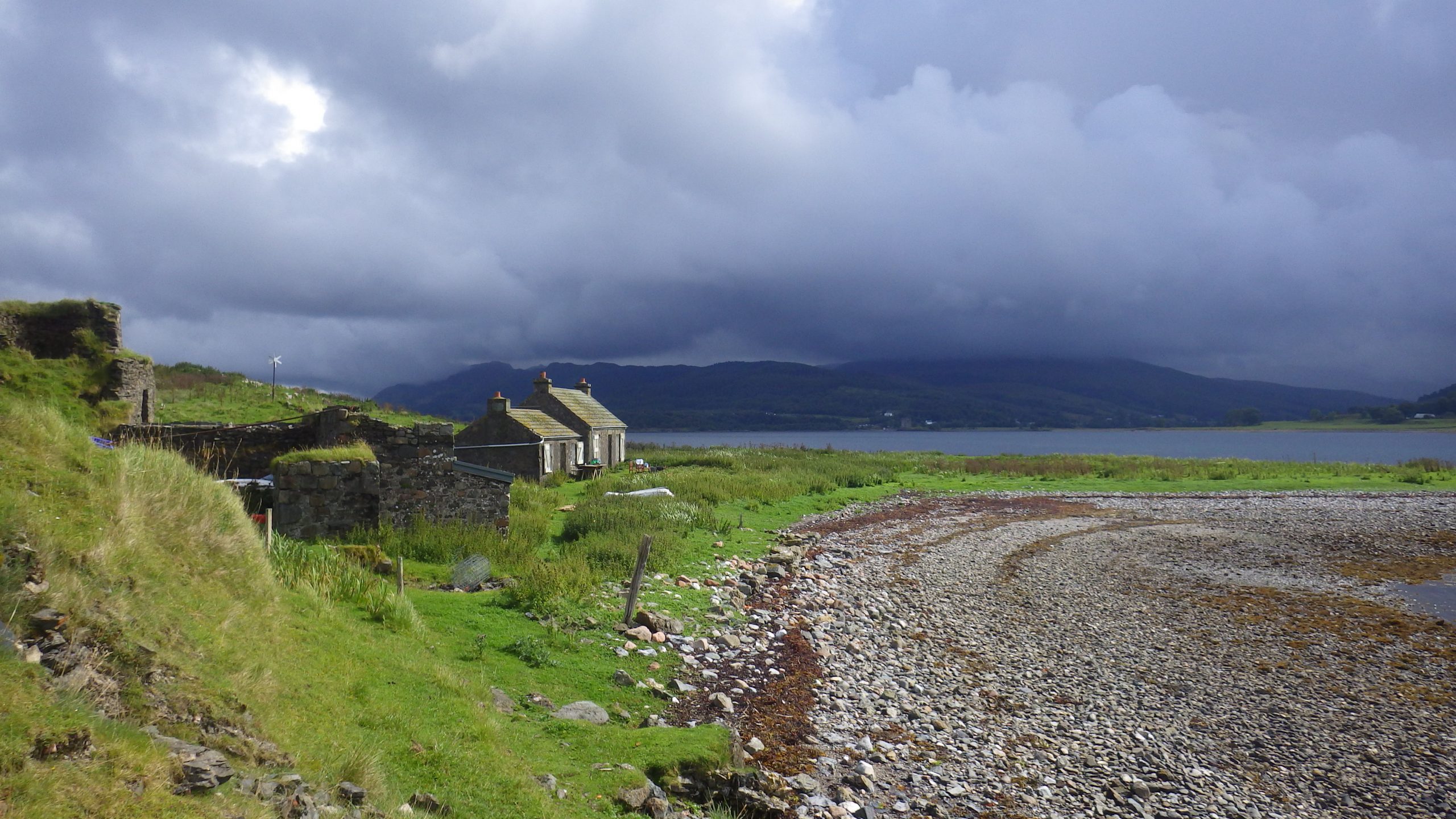 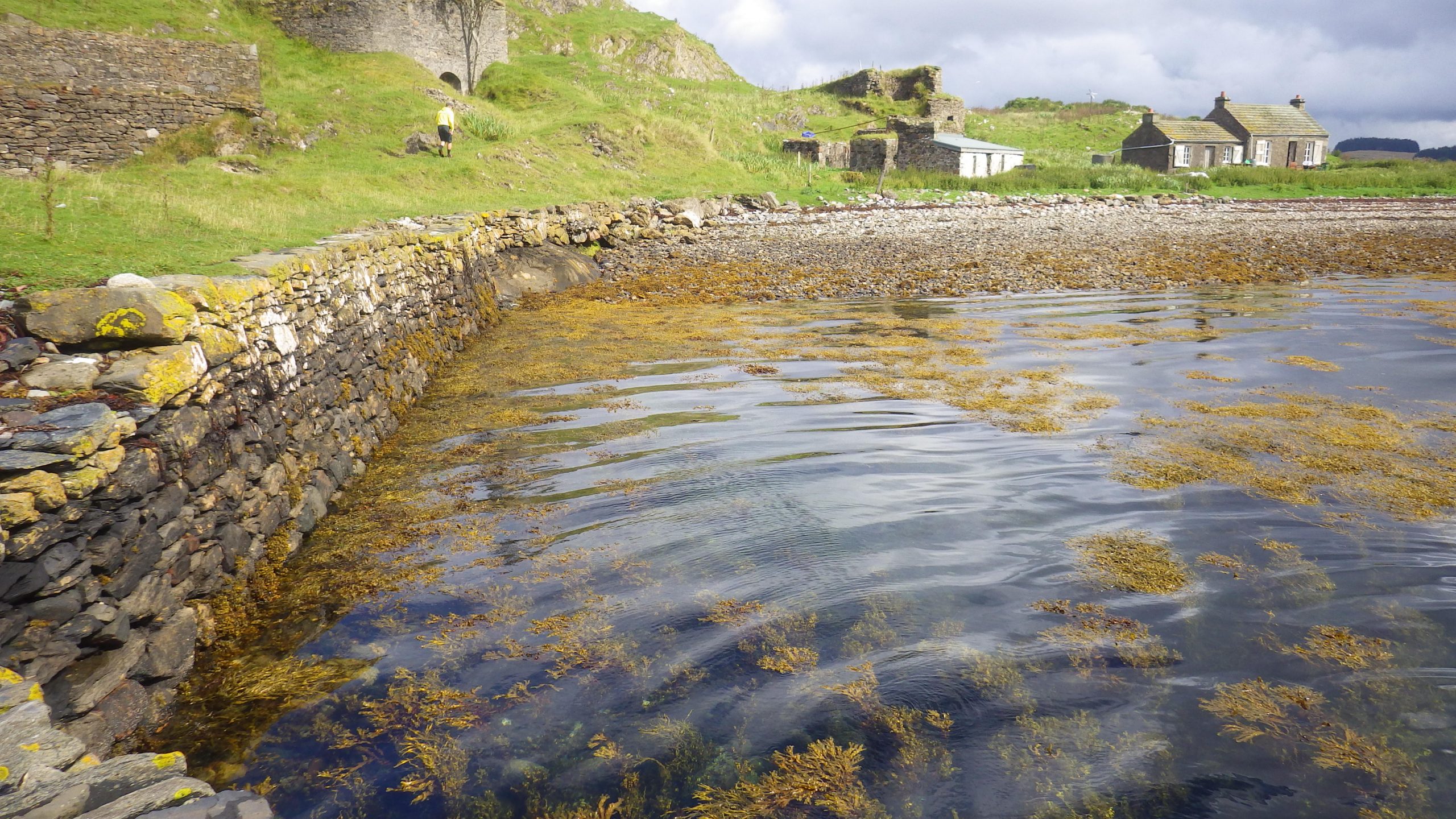 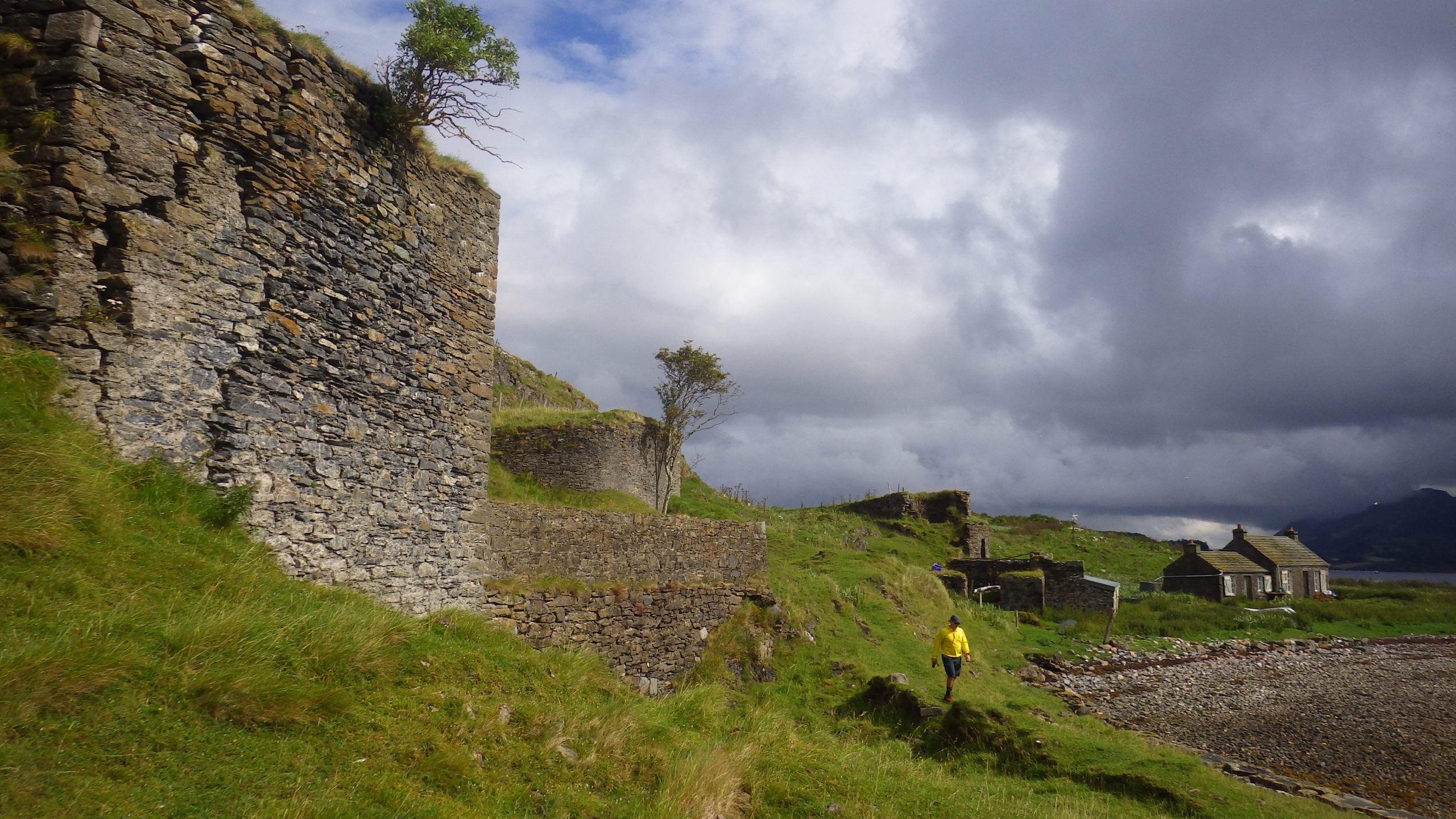 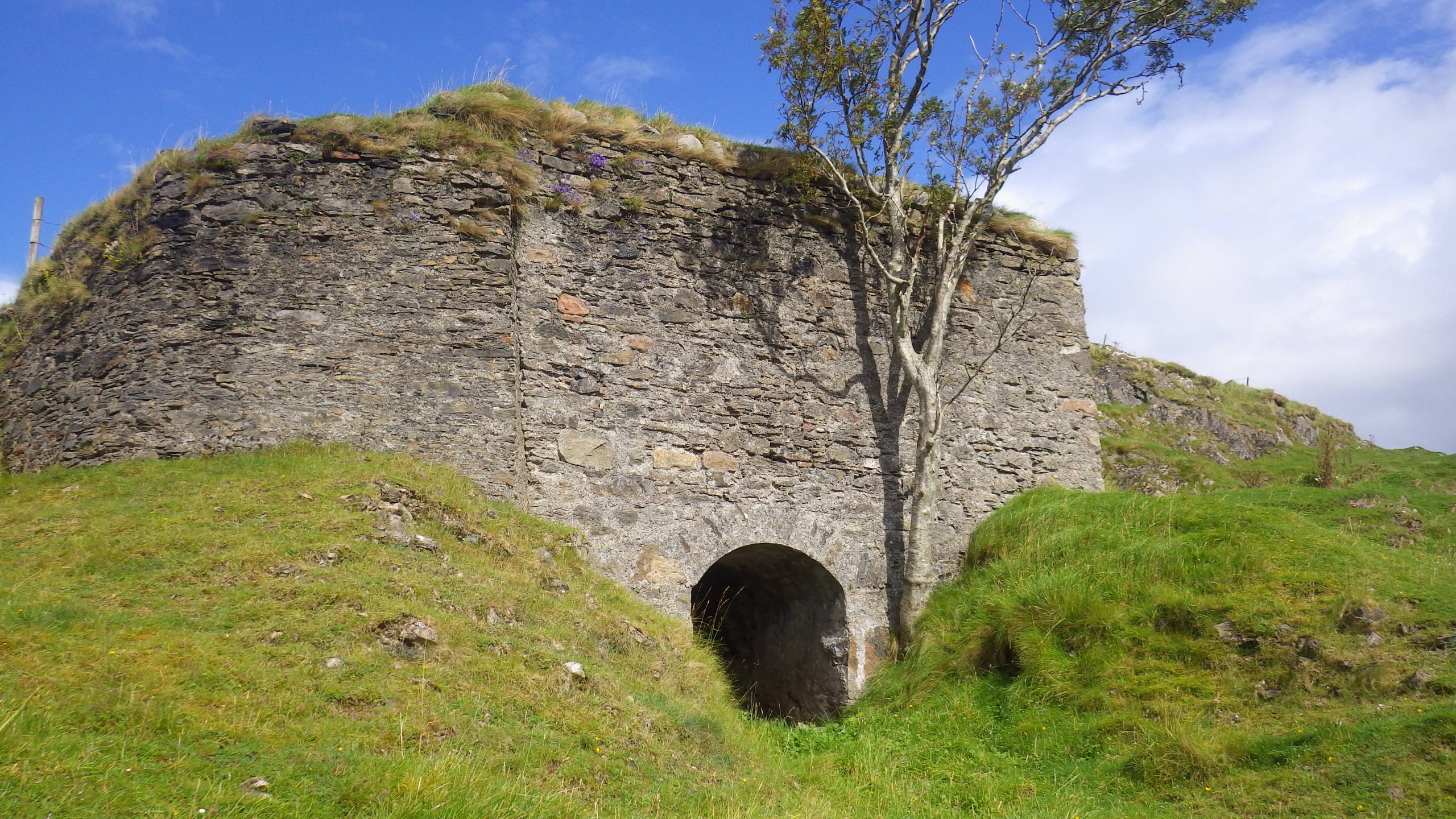 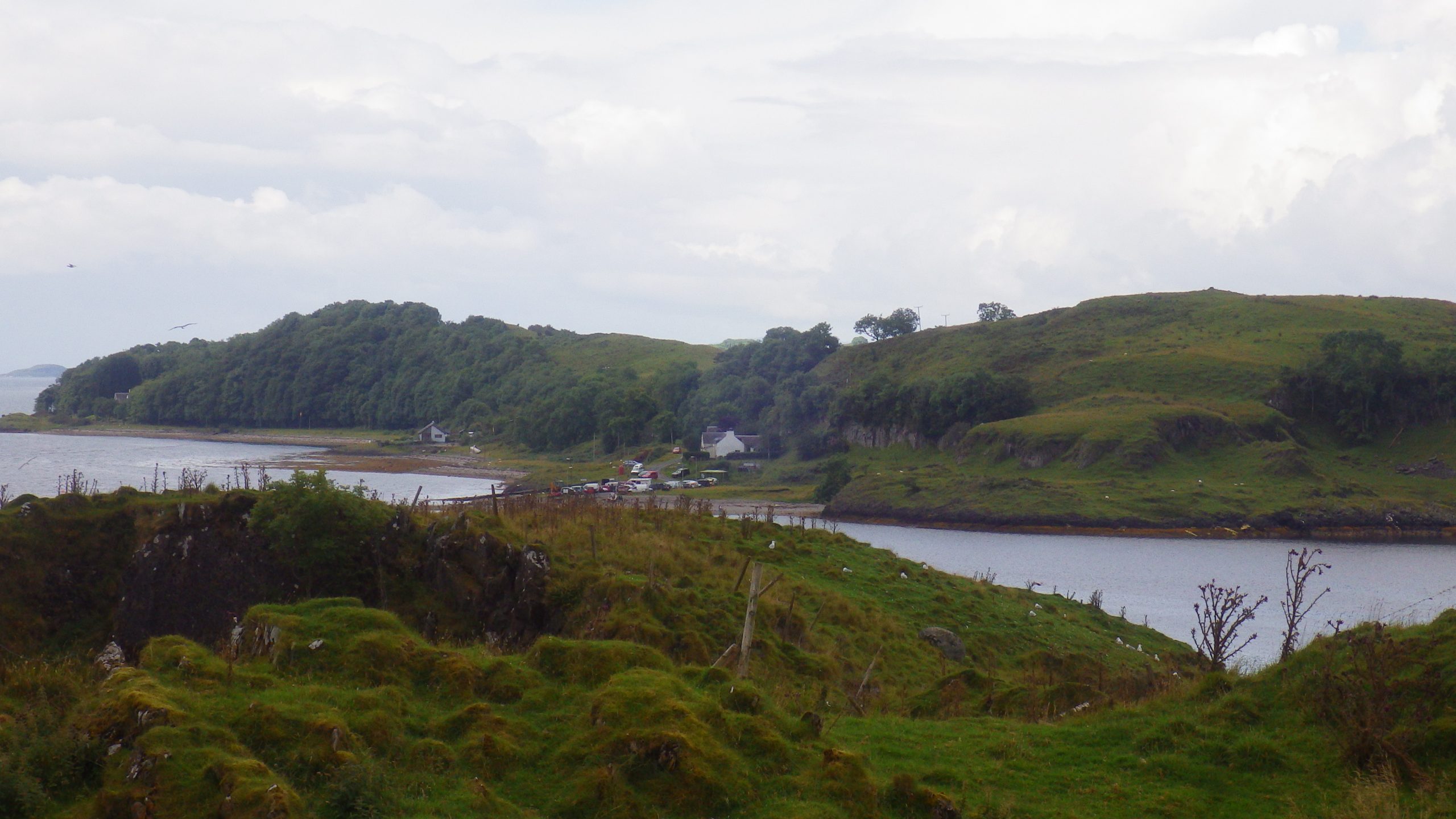 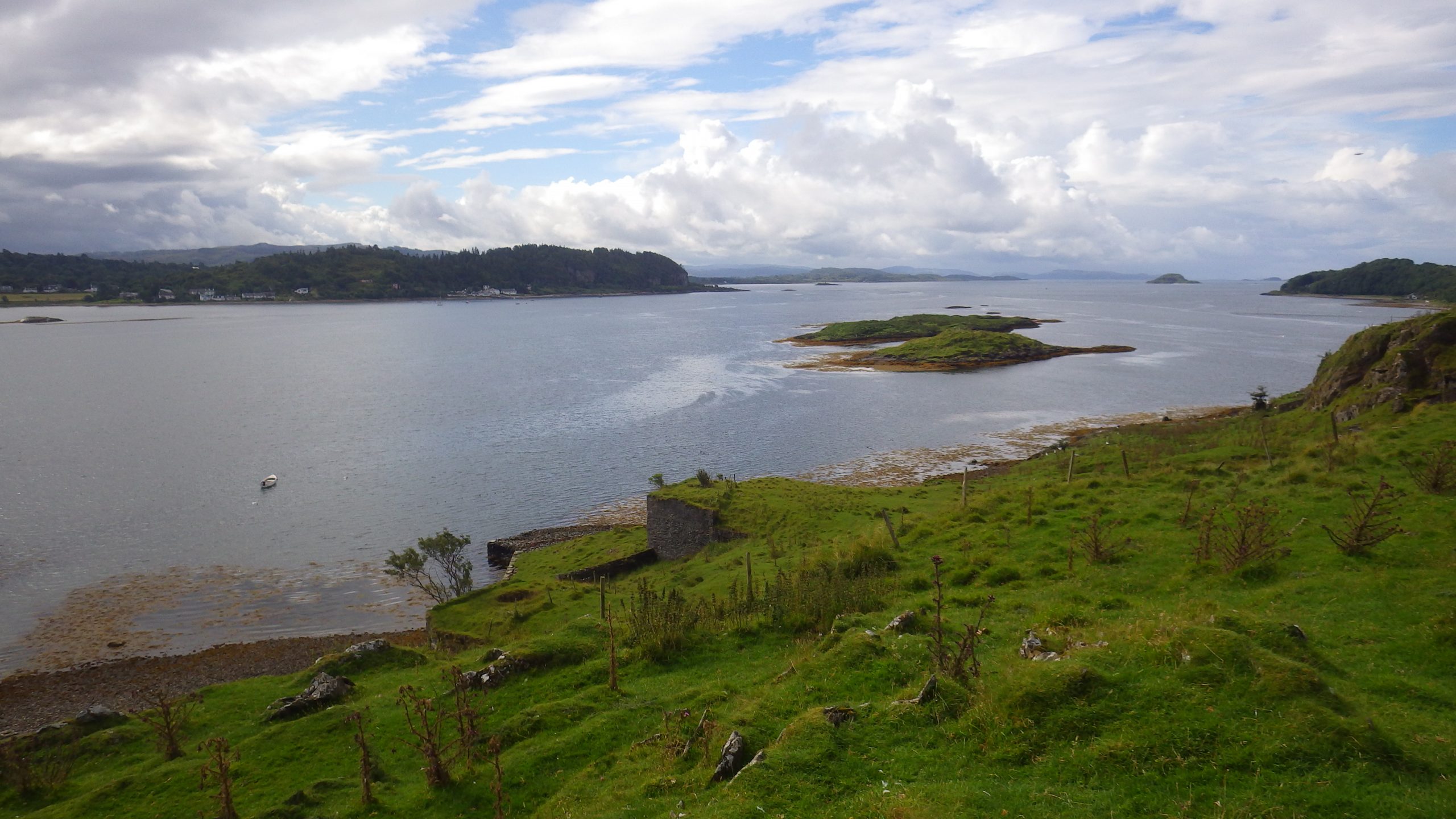 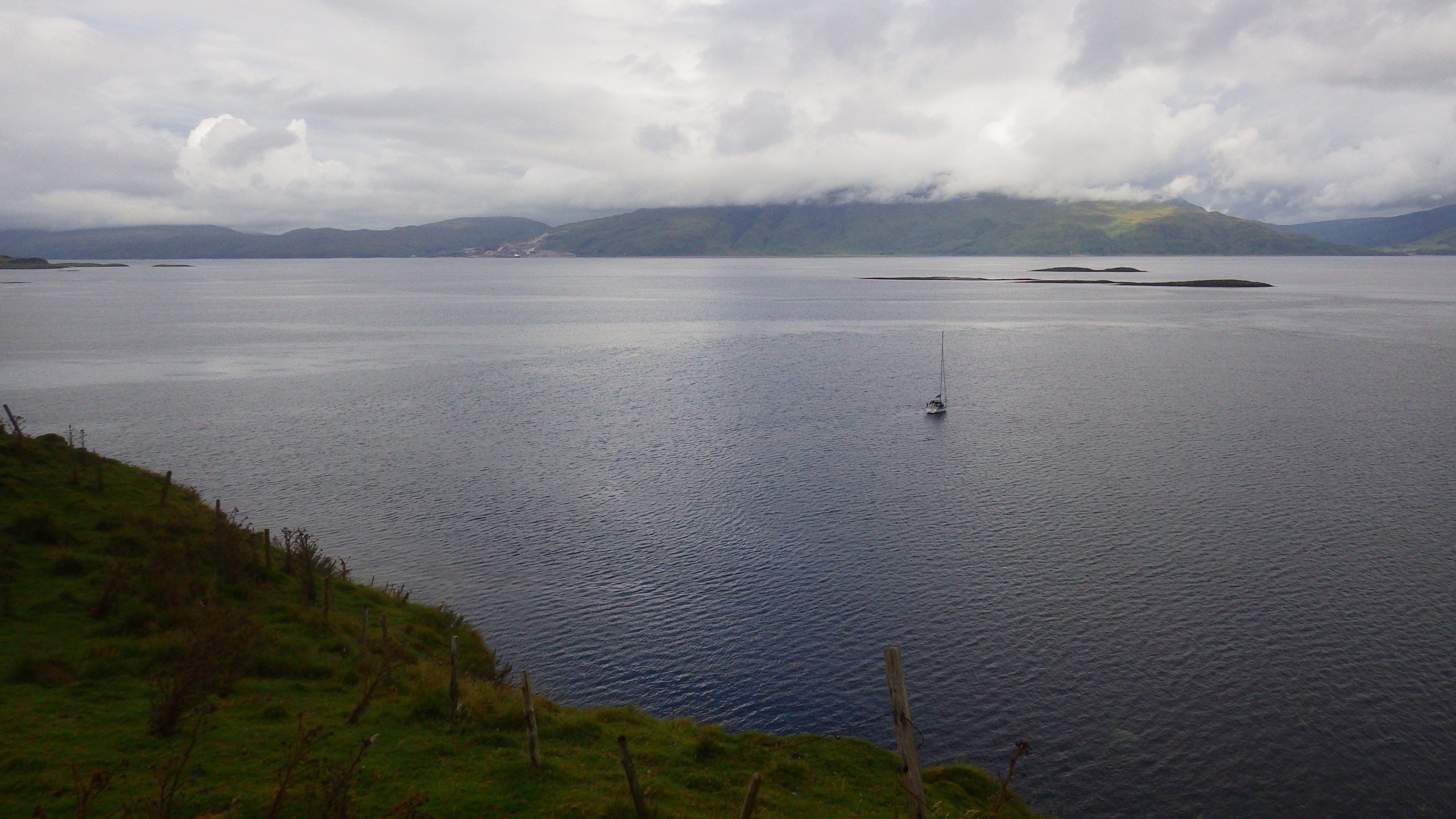 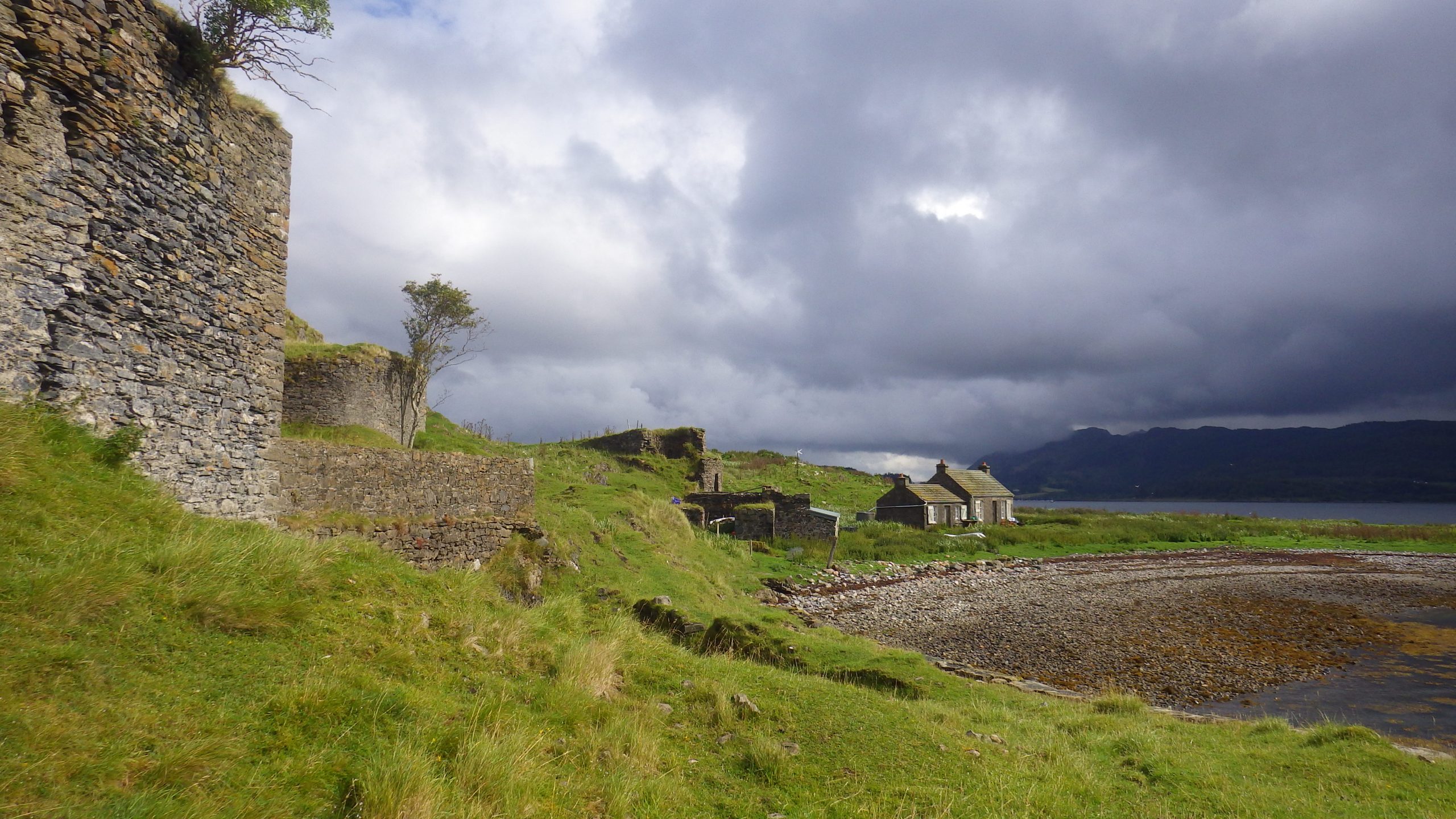 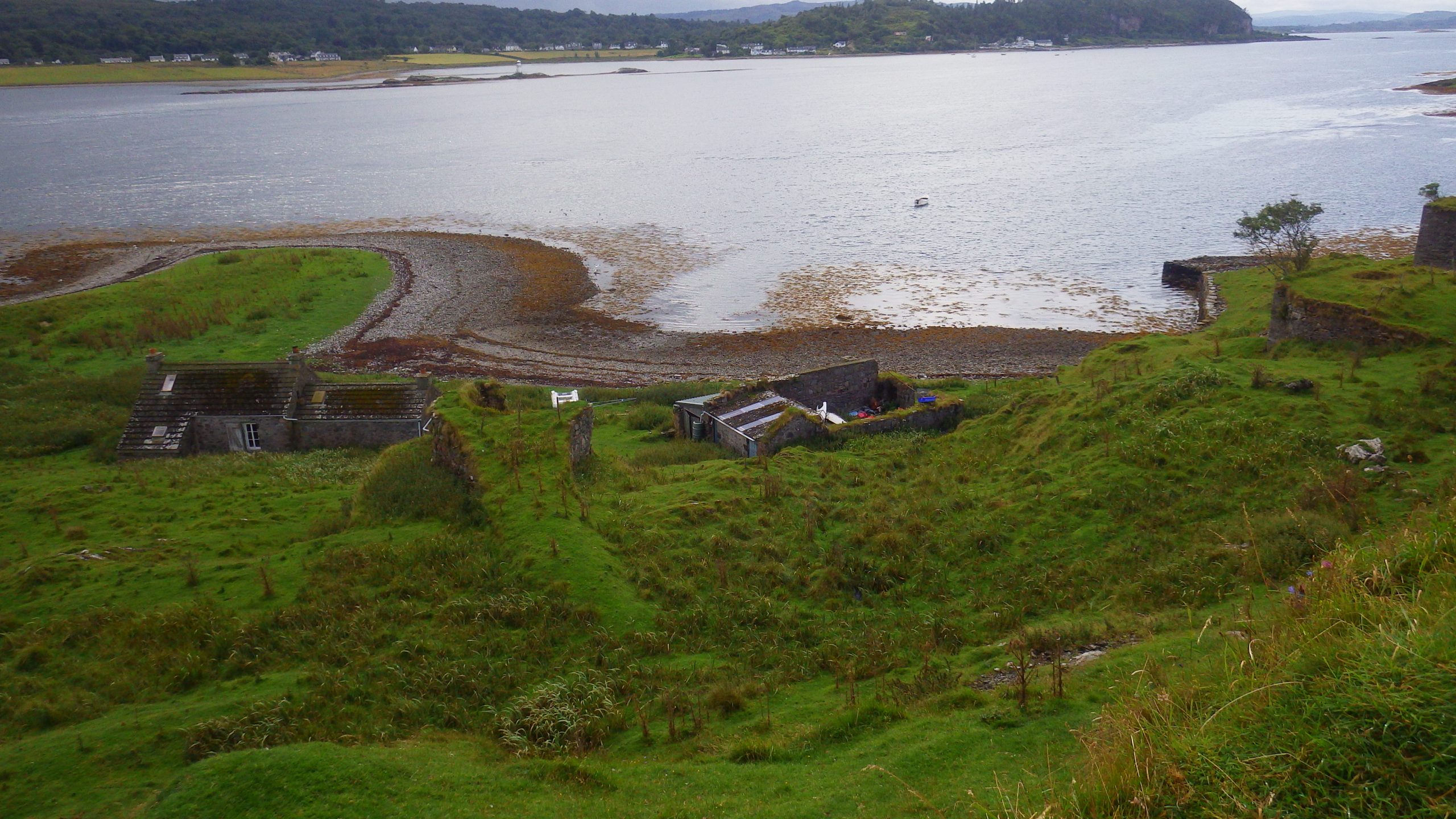