Isle Ristol, the innermost of the Summer Isles in Scotland, is a Scottish Wildlife Trust Reserve. Isle Ristol lies roughly 12 miles north of Ullapool in Wester Ross and is a tidal island. It is separated from the mainland by Loch an Alltain Duibh and the narrow channel from Old Dorney Bay. Access is by boat from Old Dornie or visiting yacht, or on foot if you time the tides correctly.

Isle Ristol, the innermost of the Summer Isles and is a Scottish Wildlife Trust Reserve.

Over fifty species have been identified amongst the flora on the Isle Ristol machair including moonwort and adder’s tongue. Isle Ristol was a site of a British Fishery Society station in the late 18th century.

I safely anchored my yacht Trade Winds in the wonderful sandy bottom bay on the south side of the island. I paddled the dinghy quietly up to the sandy beach. Isle Ristol greeted me ashore with the sound of lapping waves and bird sounds as they swooped and dashed above in the blue sky. With the dinghy dragged well up the beach I turned and set off for the high point of another Scottish island.

The island was simply alive with wildlife and fauna of all sorts and types. The 71m top is unnamed on an OS map and my trusty Haswell Smith Scottish Islands bible does not name the summit. It was a steady climb with one false peak that had me dip back down into a hollow before reaching the top ridge and the little cairn. All the way I picked a route that offered the secure stability of the bared rock rather than the risks of the deep grass meadowlands and hidden holes and ditches to stumble down.

I topped the hill, pulled off my rucksack and the north wind chilled my sweating back. The views were breath-taking. Away to the west the shadow of the Hebrides was clearly visible. Inland the Westerross massif built layer upon layer of mountain and peaks into the distance. Below there lay a brilliant white sandy beach and then across the Dorney Sound the mainland slipway with cars and vans provided a splash of colour.

Isle Ristol is a very special place and and island that deserves an afternoon to explore. Today was a rushed visit.  After the obligatory photoshoot I was off down the grassy slopes in search of that white beach.

On the beach, I chatted with a family who had landed by dinghy and were a little surprised to see me emerge from the western side of the island. After a quick exchange, I made my way back over to my landing beach. I was glad to have sight again of Trade Winds at anchor in what was now a fairly stiff offshore breeze.

A few meters away from the beach I found terrible sight. A mature gull lay dead in the grass. The poor animal was wrapped in nylon twine and without doubt had suffered a terrible and agonising slow death. In and around this pitiful sight lay other detritus and waste from fishing boats. Lengths of nett nylon cordage, rope, floats and offcuts of bits of netting.

Over to Dorlin Sound, resting on their buoys lay half a dozen small fishing boats. You did not need to be Sherlock Homes to work this one out. We the public carry the can for discarding rubbish and plastics.   But to see the amount of fishing ropes and twine lying on the high water mark grass and the poor garrotted seagull made my blood boil! That, in my mind is industrial waste. I can think of no other industry that discards its waste as was evident on Isle Ristol. I see no baler twine or empty seedling boxes discarded on country roadsides!

I made my way back to the beach and chatted with a group of sea kayakers. They were setting off to explore more the Summer Isles. I too paddled off the island. An island that left its mark as a place of absolute unspoilt beauty and one of man’s ignorance. 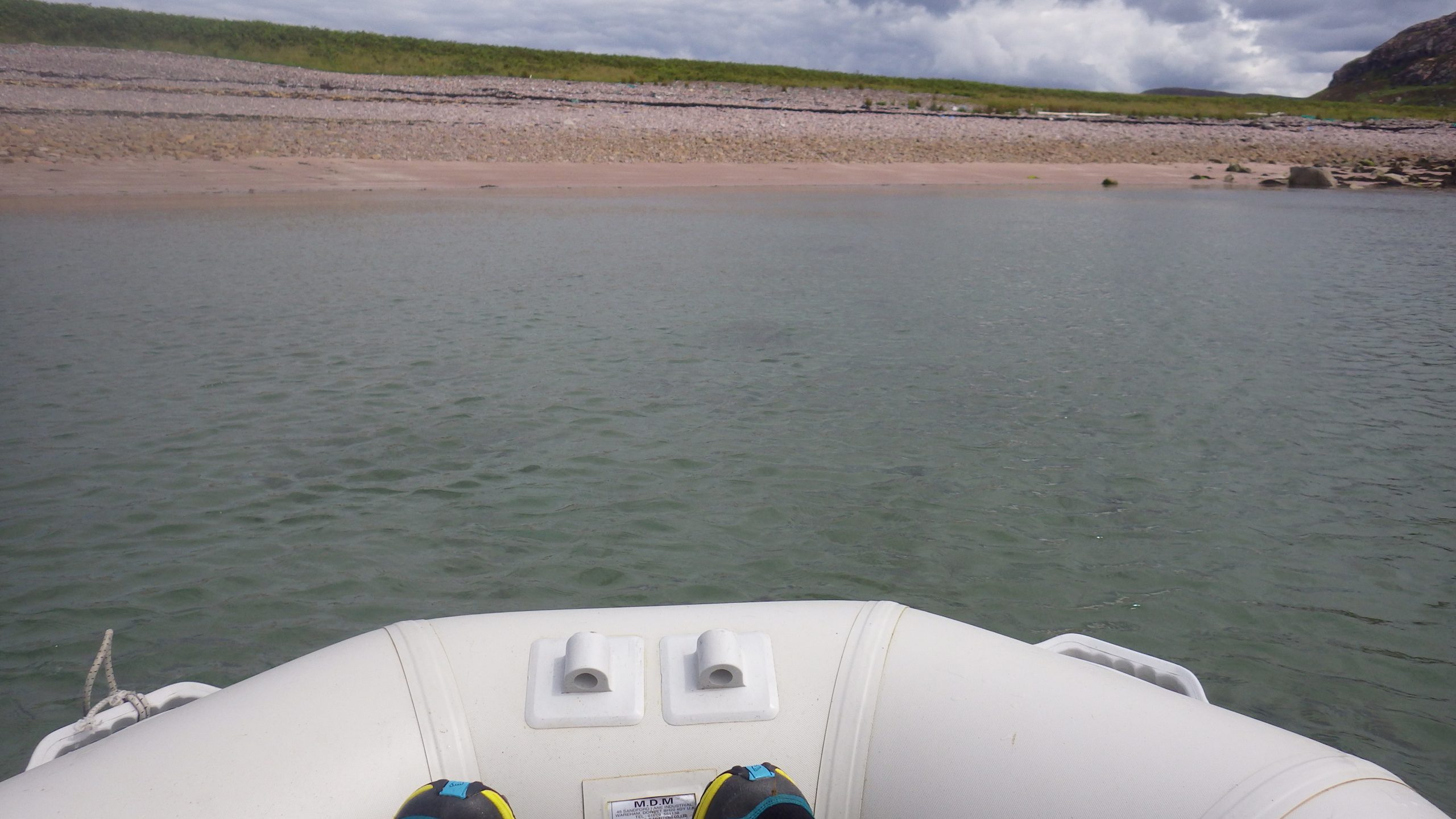 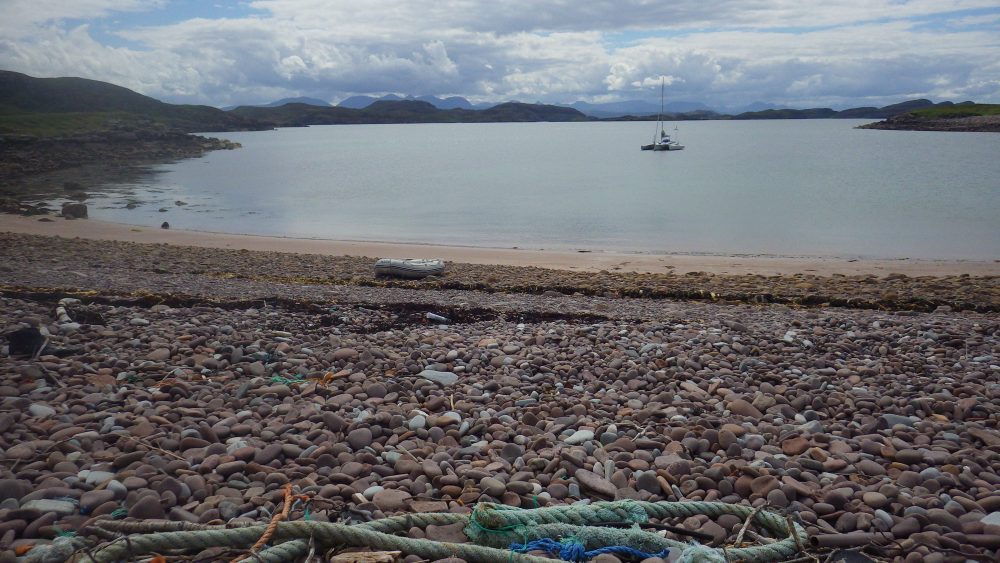 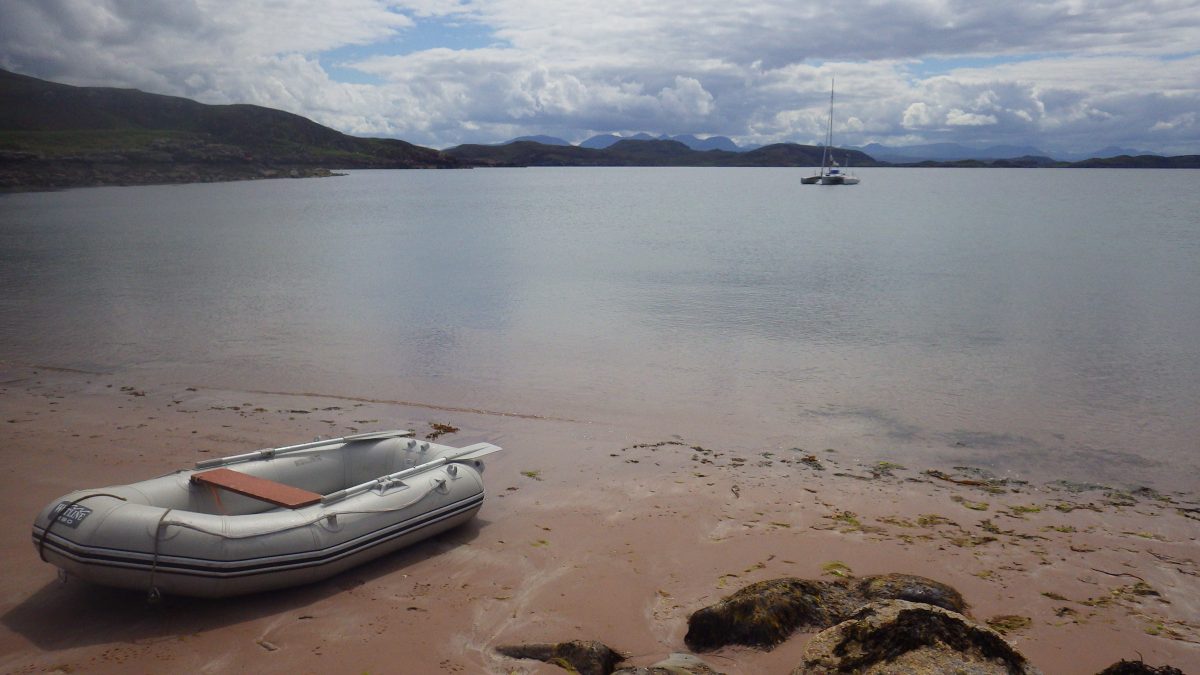 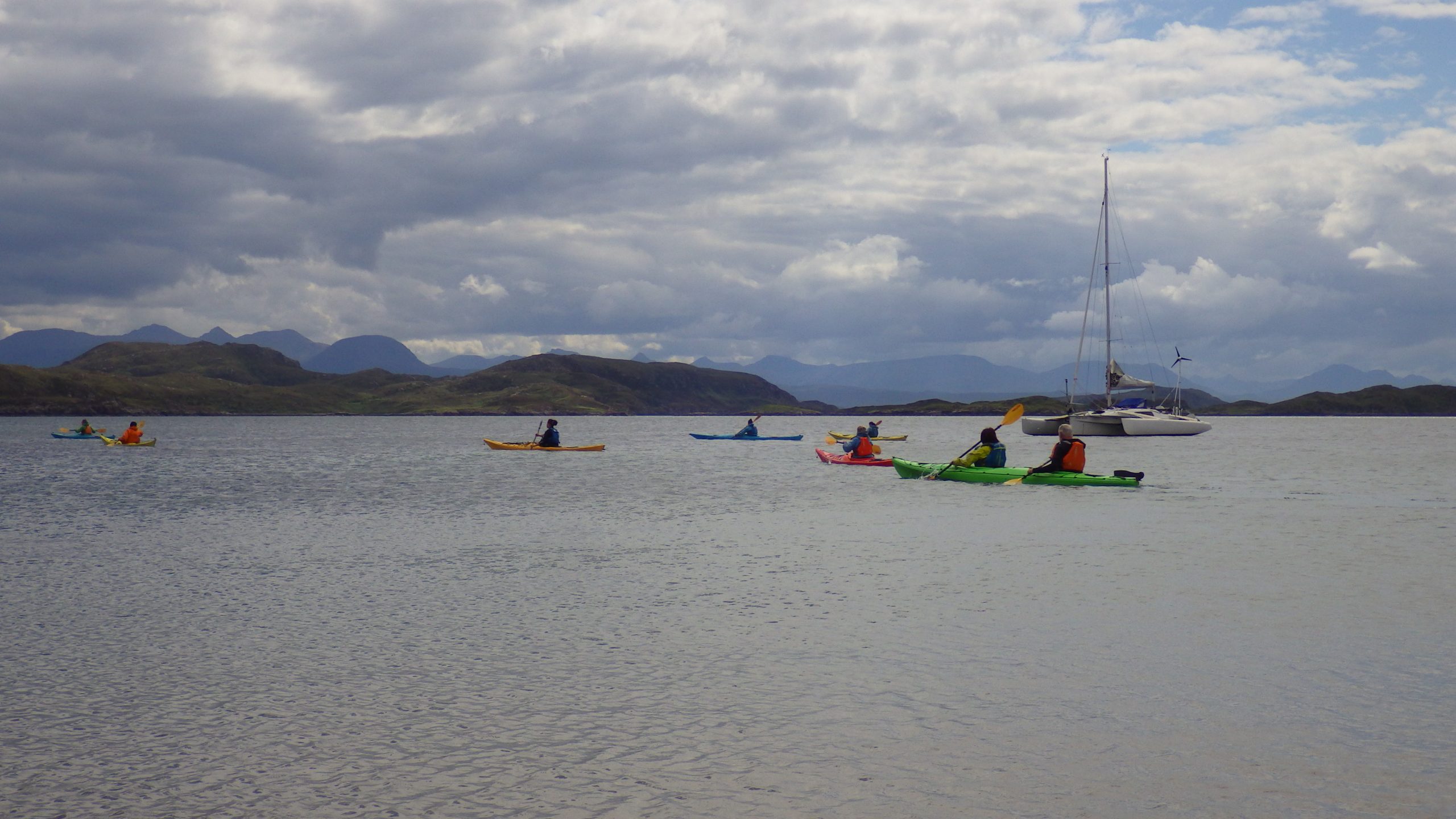 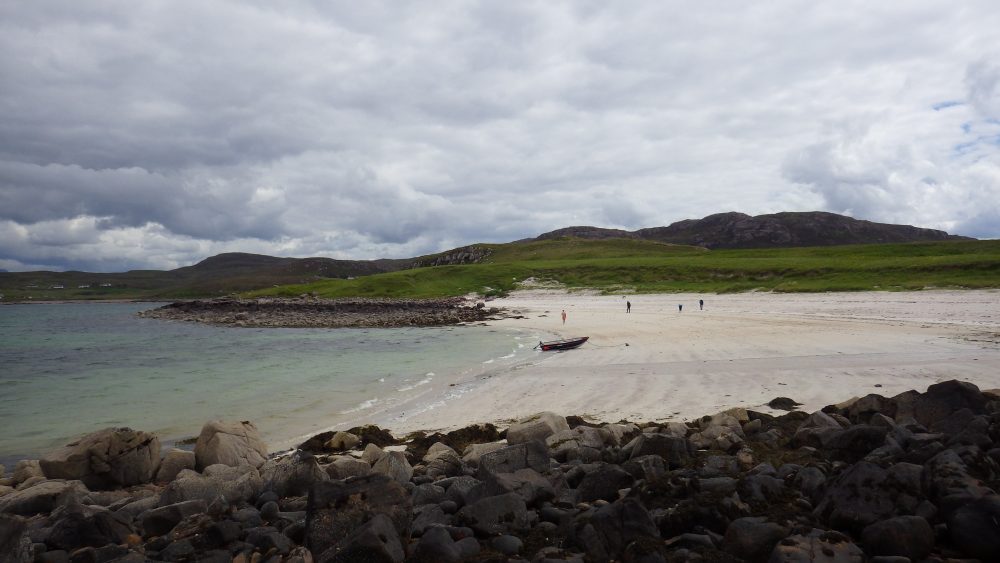 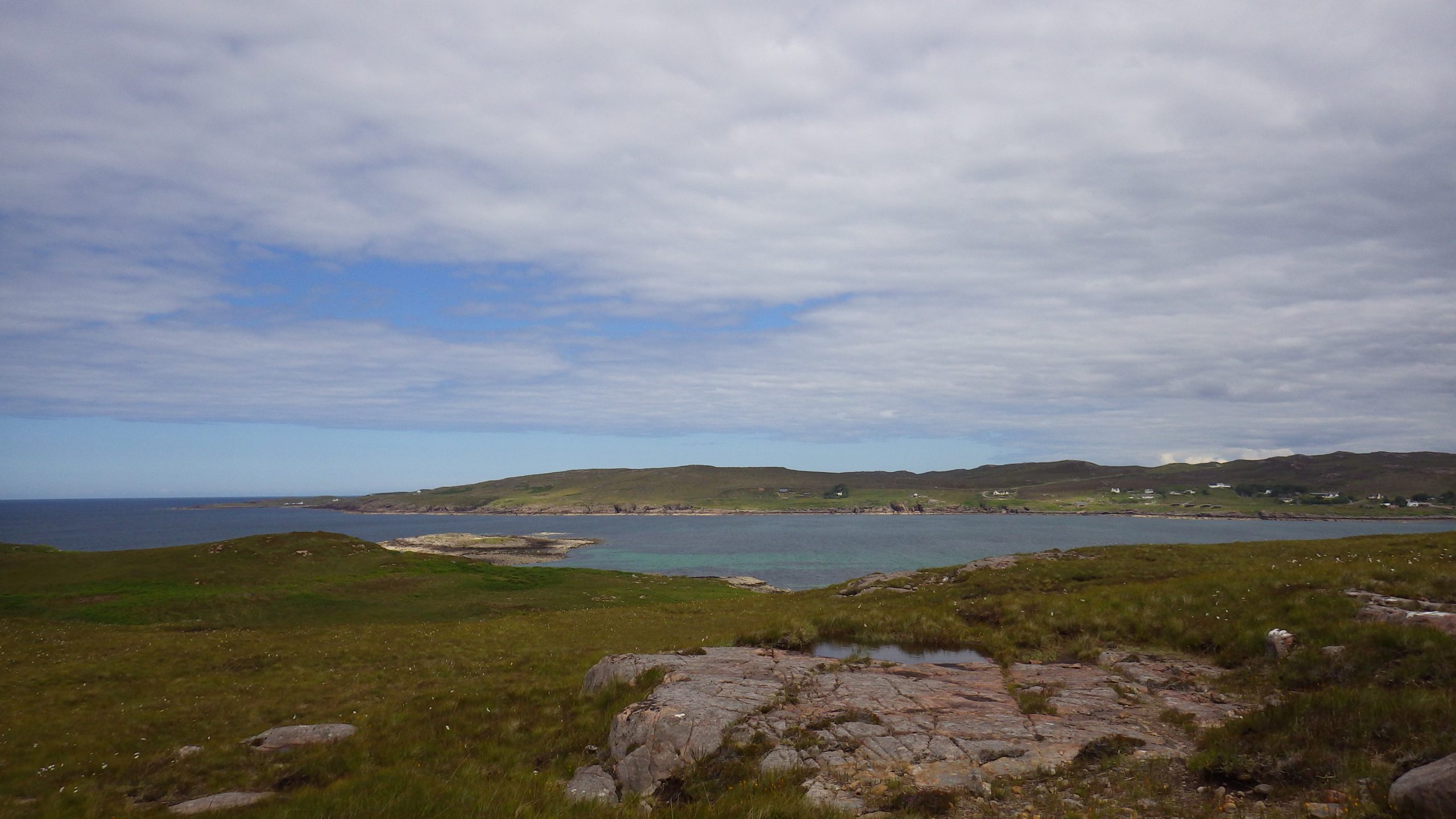 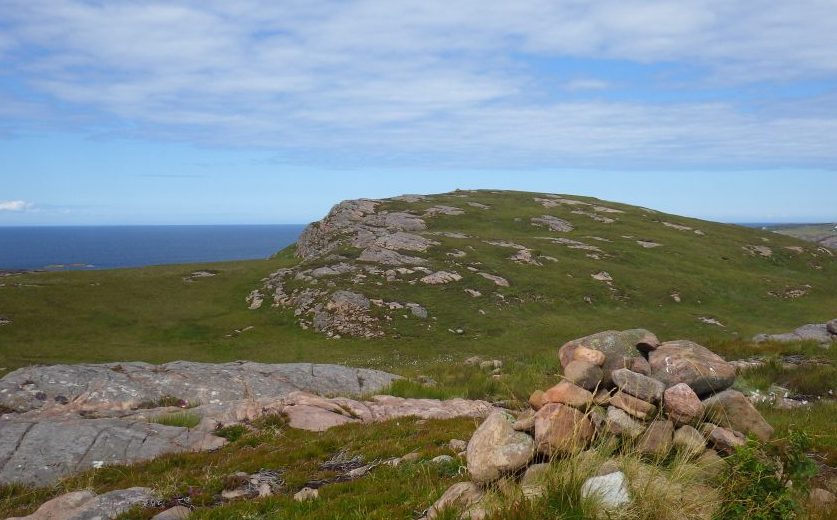 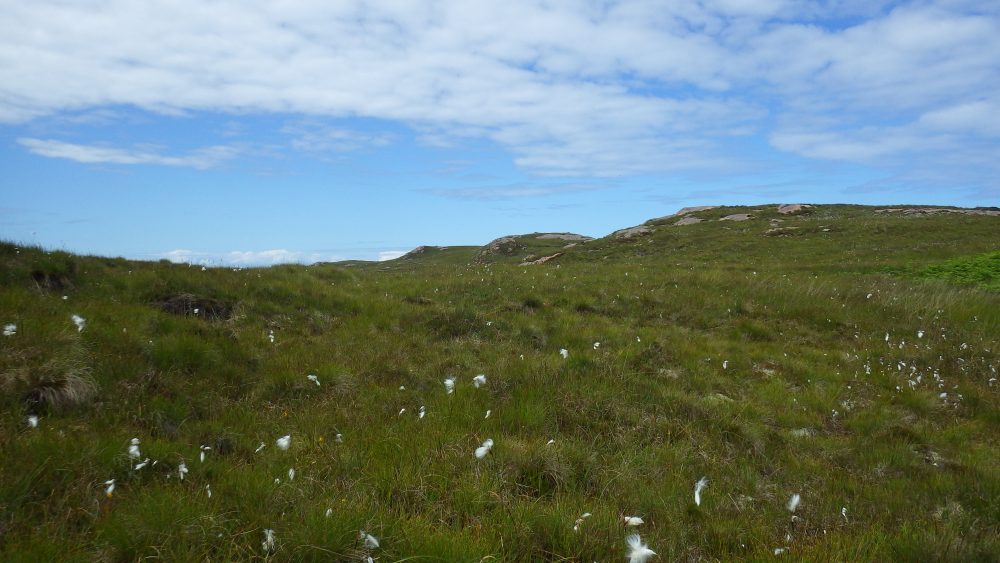 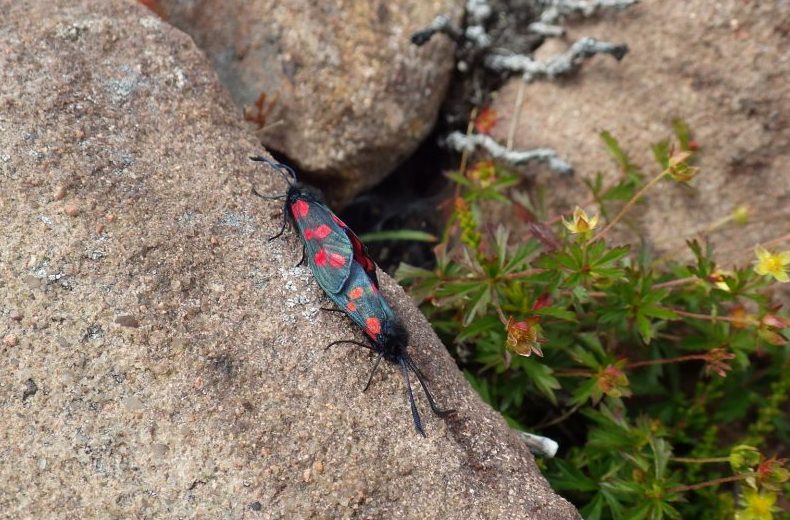 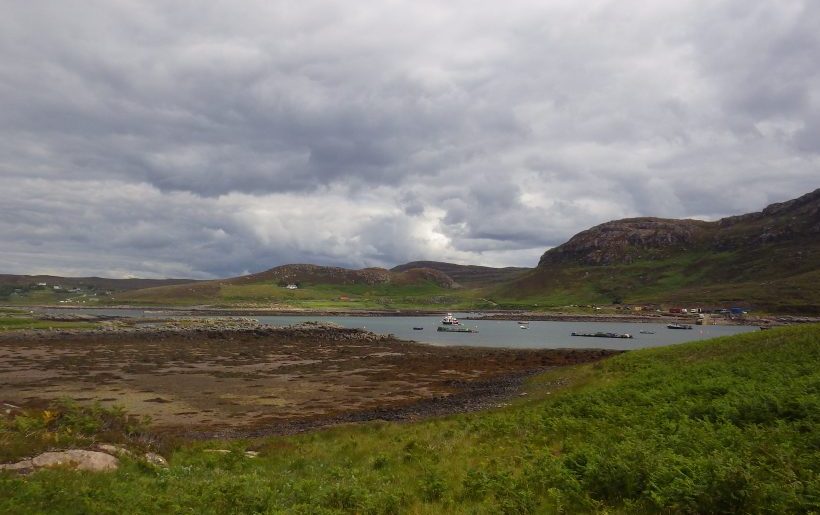 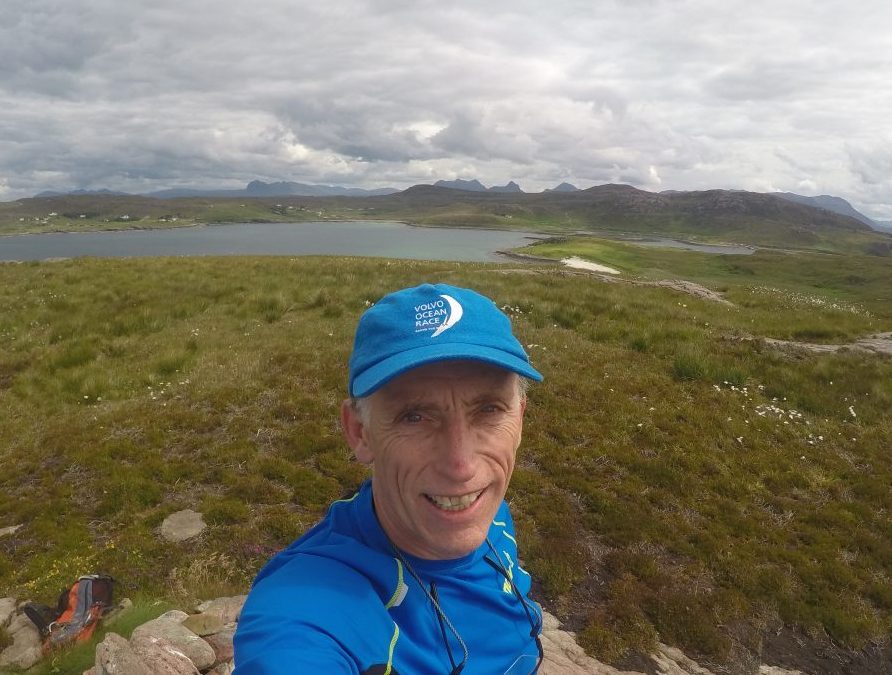 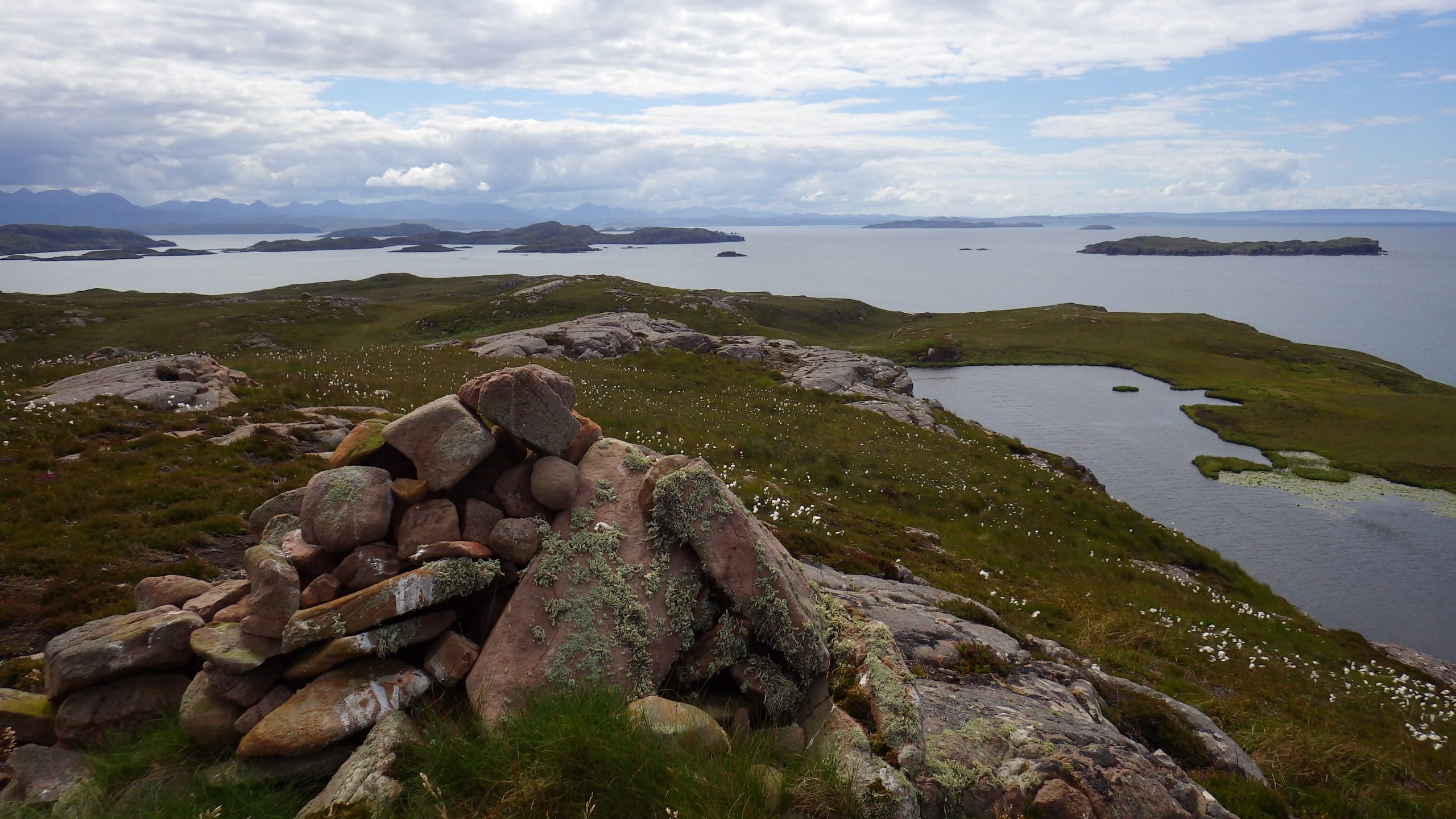